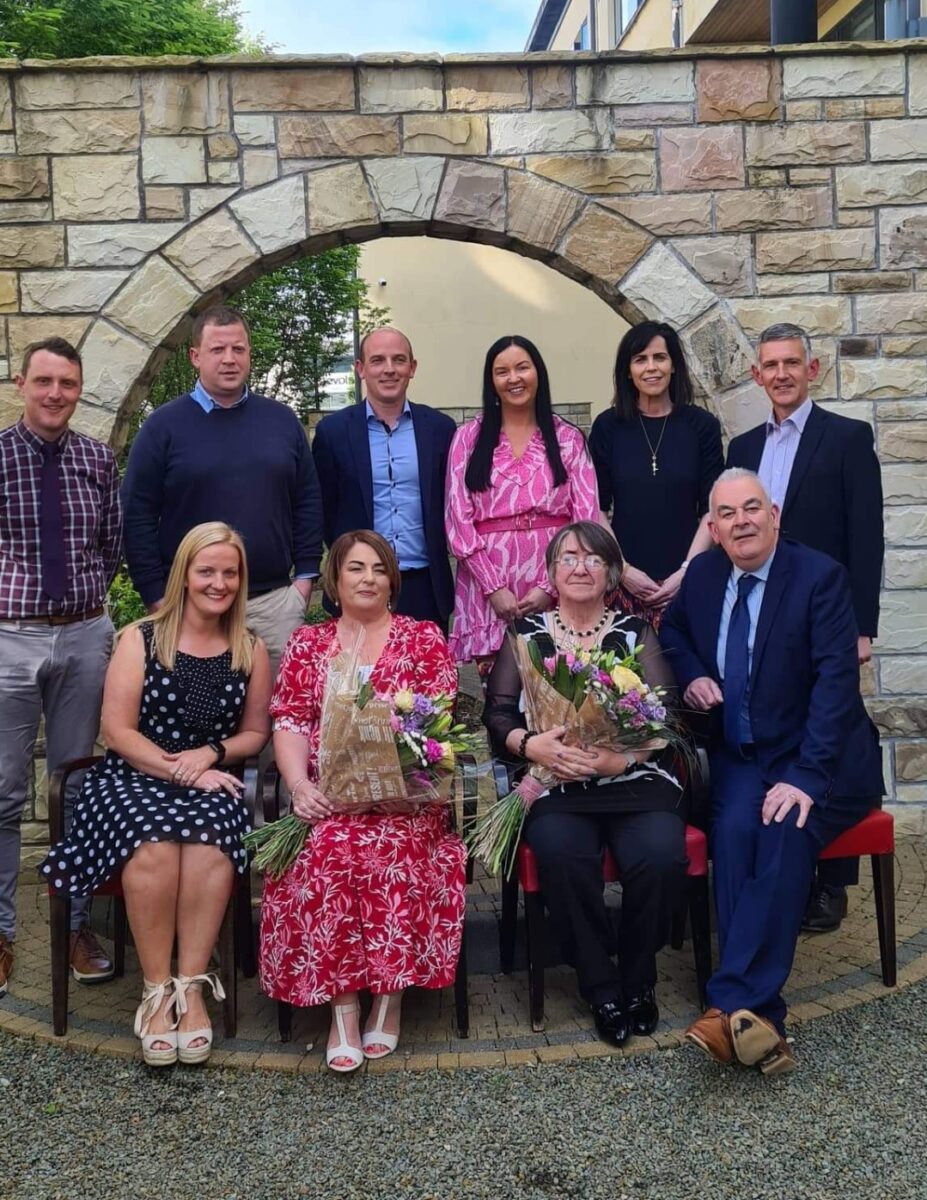 written by Katie Gillen May 27, 2022
Facebook0Tweet0LinkedIn0Print0

Two retired Donegal deputy principals from Letterkenny were honoured by INTO at a function in the Radisson Blu Hotel recently.

Asumpta Donaghey and Doreen Sheridan Kennedy were joined by their staff, family, friends and John Boyle, INTO General Secretary, who made presentations for them for their services to their union and teaching profession.

The event was organised by a local branch of INTO, under the stewardship of Rory Reynolds and Odhran McGowen and a local committee, refreshments and a champagne reception greeted the two retirees Asumpta and Doreen who had taught in Scoil Colmcille, Letterkenny and Scoil Niamh Fiachre, Letterkenny. 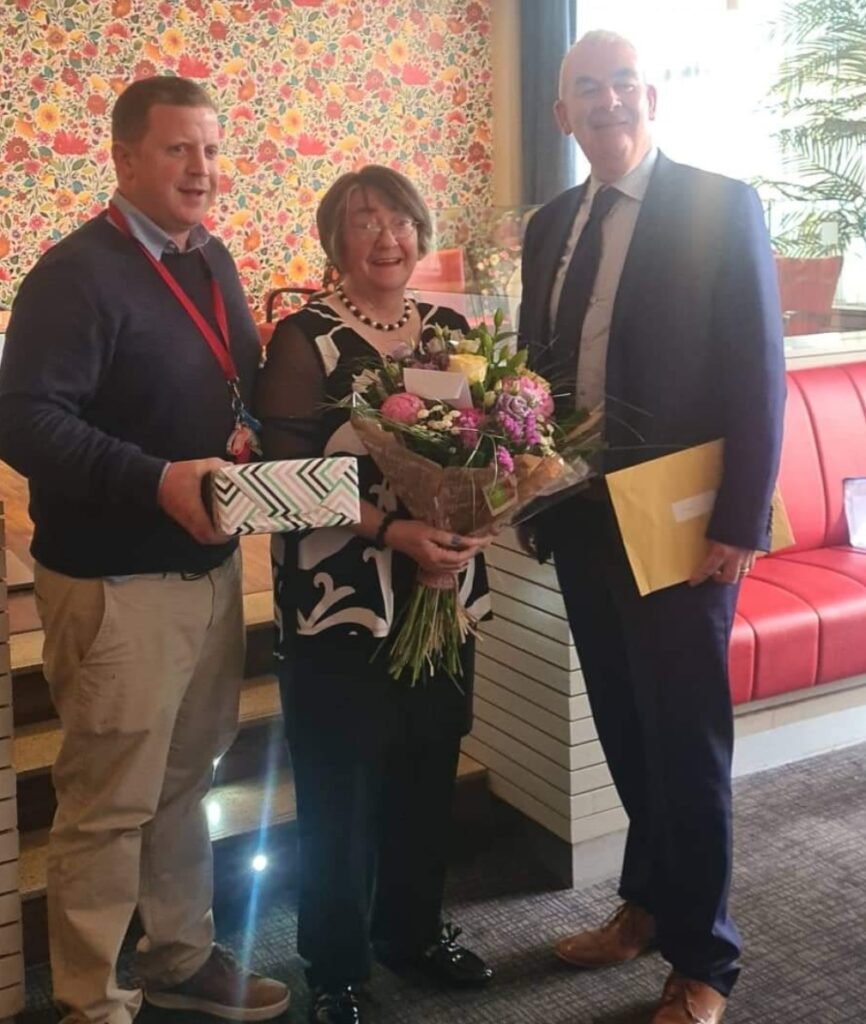 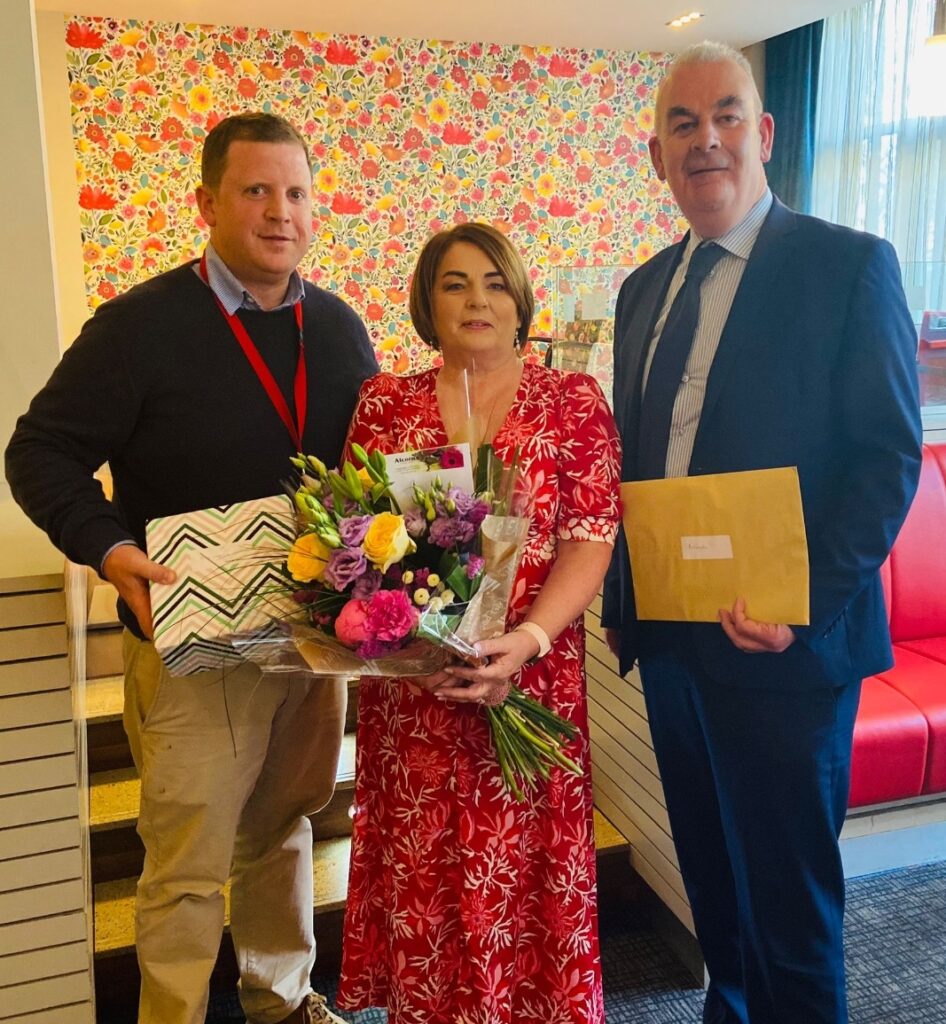 Gifts and flowers were presented to the ladies and, after and address by the General Secretary, both teachers spoke of their journeys in teaching and their association with INTO at local, district and national level.

A great night was had by all and continued into the small hours of the morning.

Retired Letterkenny deputy principals honoured by INTO was last modified: May 27th, 2022 by Katie Gillen
Facebook0Tweet0LinkedIn0Print0