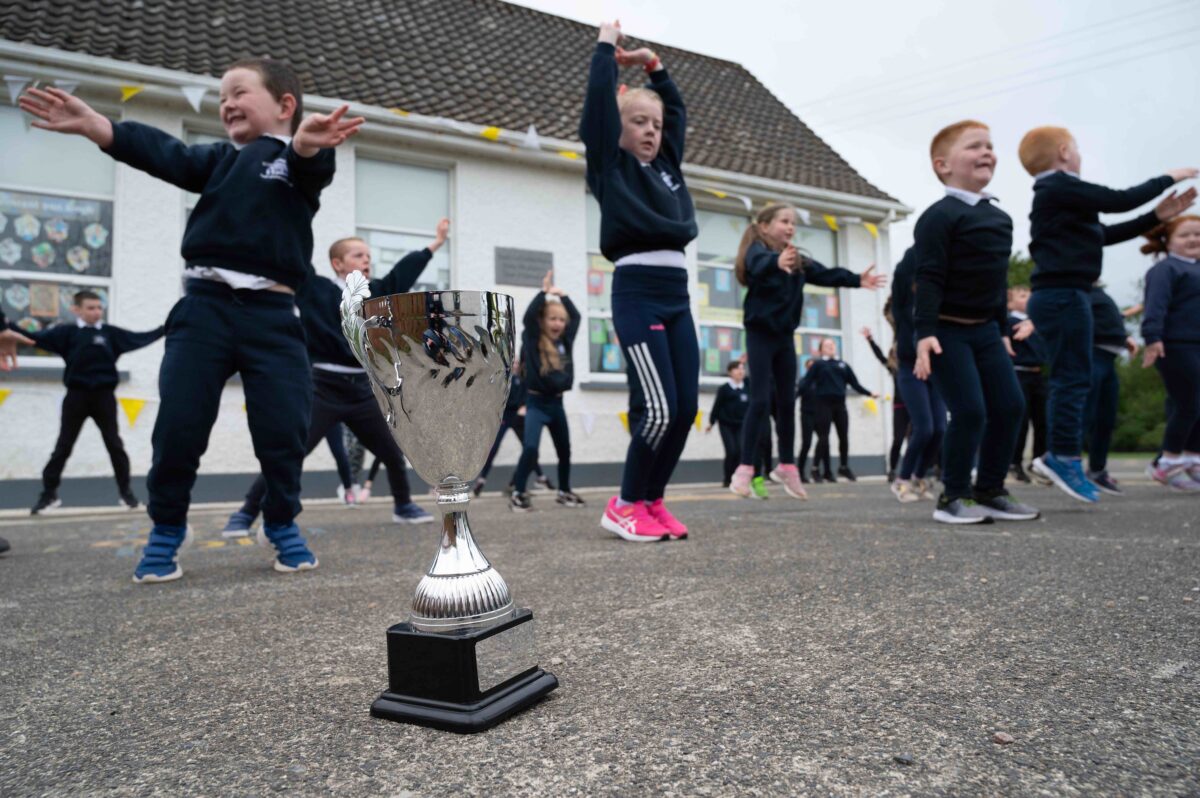 Scoil Na Croise Naofa in Dunfanaghy has been presented with a cheque for €5,000 worth of sports equipment from Irish banana distributors Fyffes following the announcement that it has been chosen as ‘Ireland’s Fittest School’.

In addition, the young pupils and their teachers received a visit from well-known Irish Olympians, athletes Phil Healy and David Gillick.

The athletes delivered a fitness workout at the school, along with giving talks on nutrition and healthy eating.

The award went to the primary school in recognition of what adjudicators called ‘a culture of fitness evident throughout the school.’

It followed its participation in a six month competition, organised by Fyffes, in which over 500 primary schools north and south took part.

Accepting the prize, along with colleagues and pupils, Mary O’Donnell, teacher at Scoil Na Croise Naofa, thanked Fyffes for ‘providing the opportunity for schools to engage in physical activity in an enjoyable manner’. 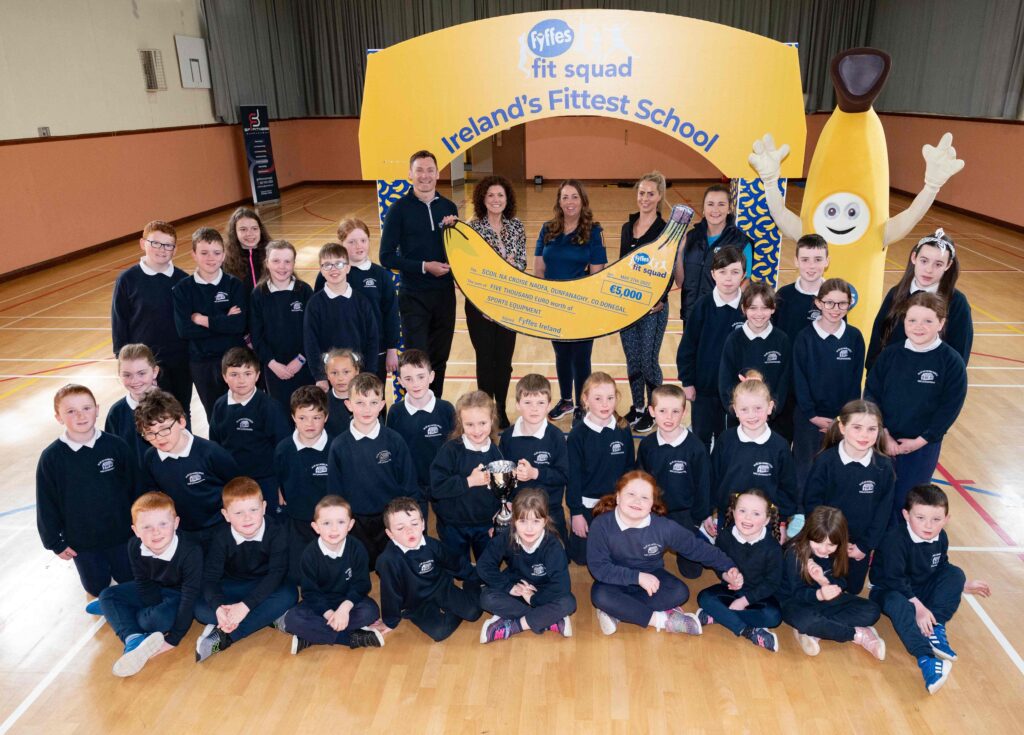 “As a school we are passionate about the benefits of physical activity in cross-curriculum learning. We are therefore delighted to have our efforts and dedication acknowledged by Fyffes Fit Squad,” a spokesperson for the school said.

A central feature of the competition to find ‘Ireland’s fittest school‘ was a series of exercise routines devised and recorded online by Healy and Gillick, which competing schools could adopt as part of their PE curriculum and against which performance could be measured. 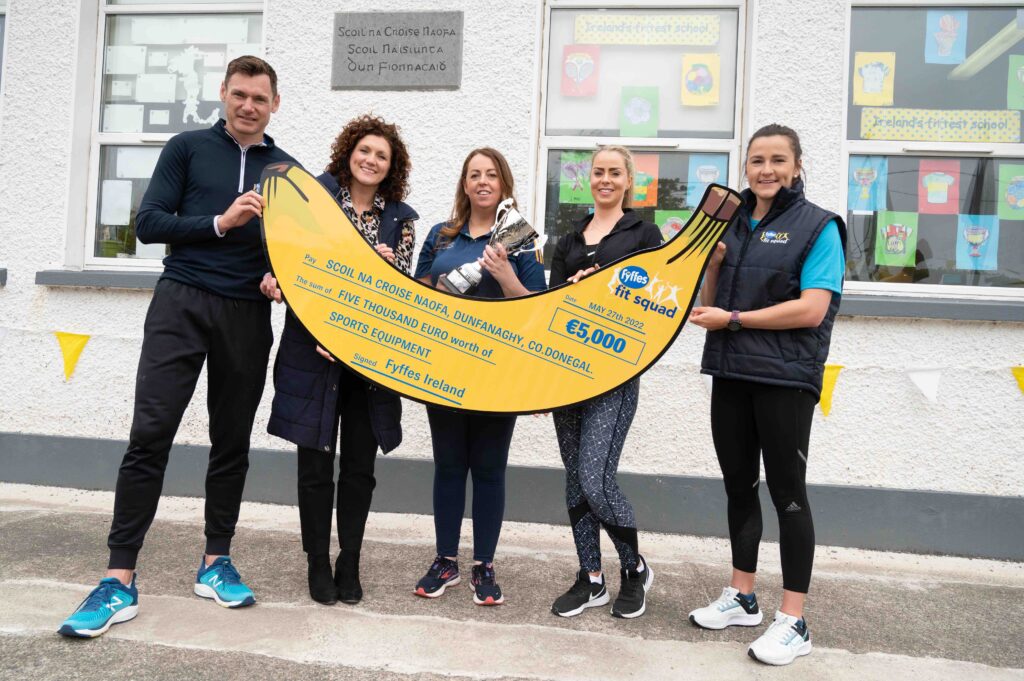 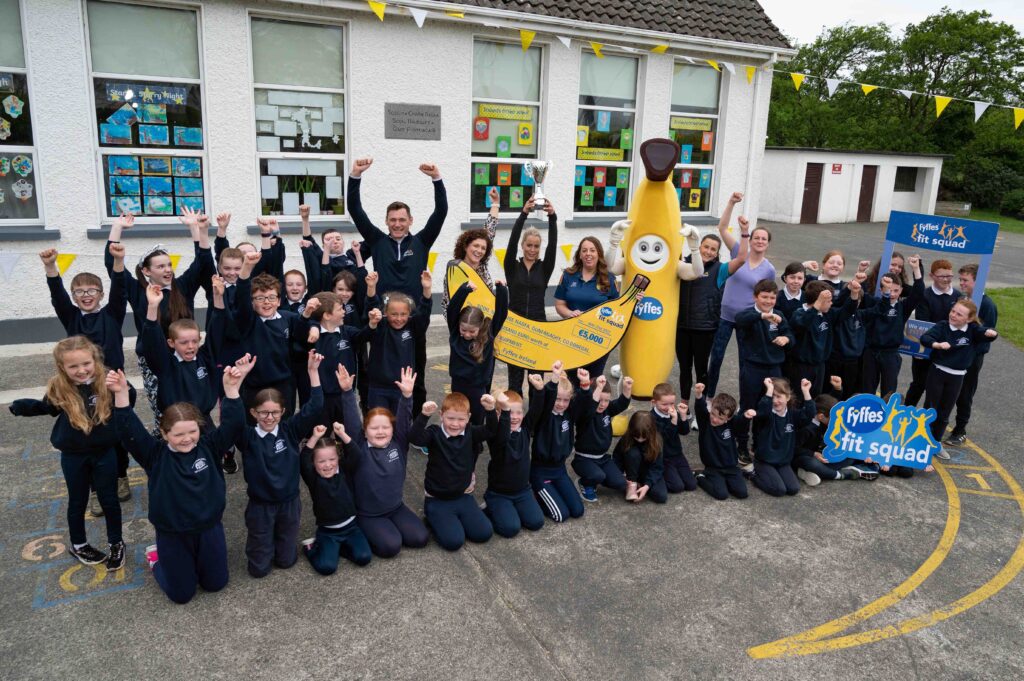 In part, its purpose was to enhance the momentum built-up under the three-years-long Fyffes ‘Fit Squad’ programme of school visits in which – until the outbreak of Covid forced its deferral – more than 20,000 young primary-age pupils across Ireland had partaken in face to face visits.

Commenting, Fyffes head of marketing, Emma Hunt-Duffy praised the children, teachers and staff at Scoil Na Croise Naofa for all their efforts and commitment, adding: “it was really encouraging to see the fun, excitement and enthusiasm from all at the school as they undertook each month’s fitness challenge”.

Further details can be viewed online at www.fyffesfitsquad.ie 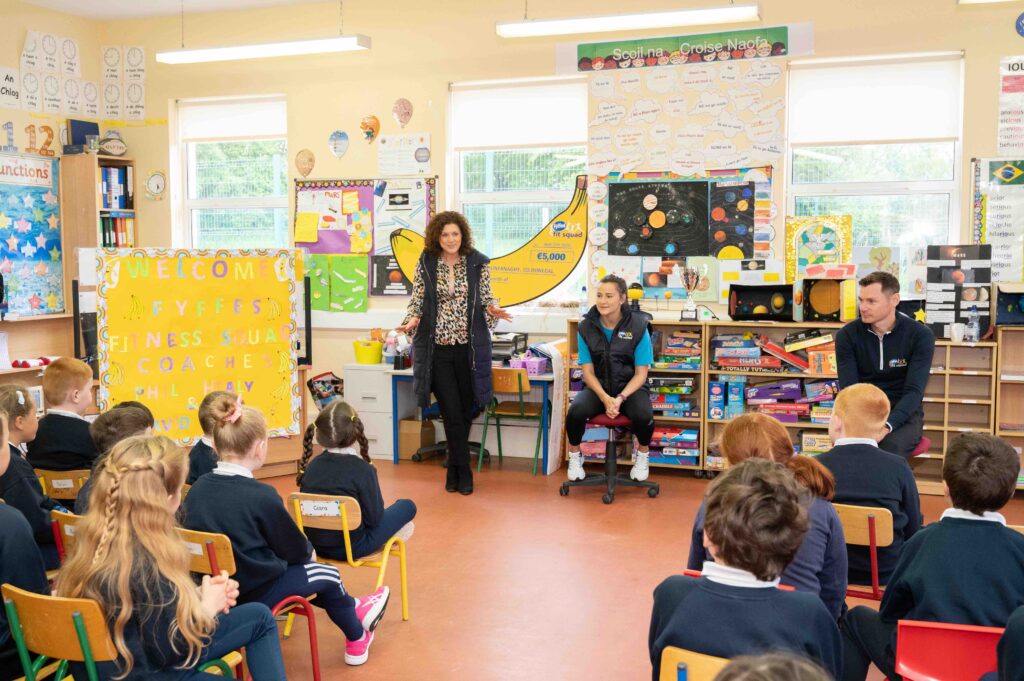 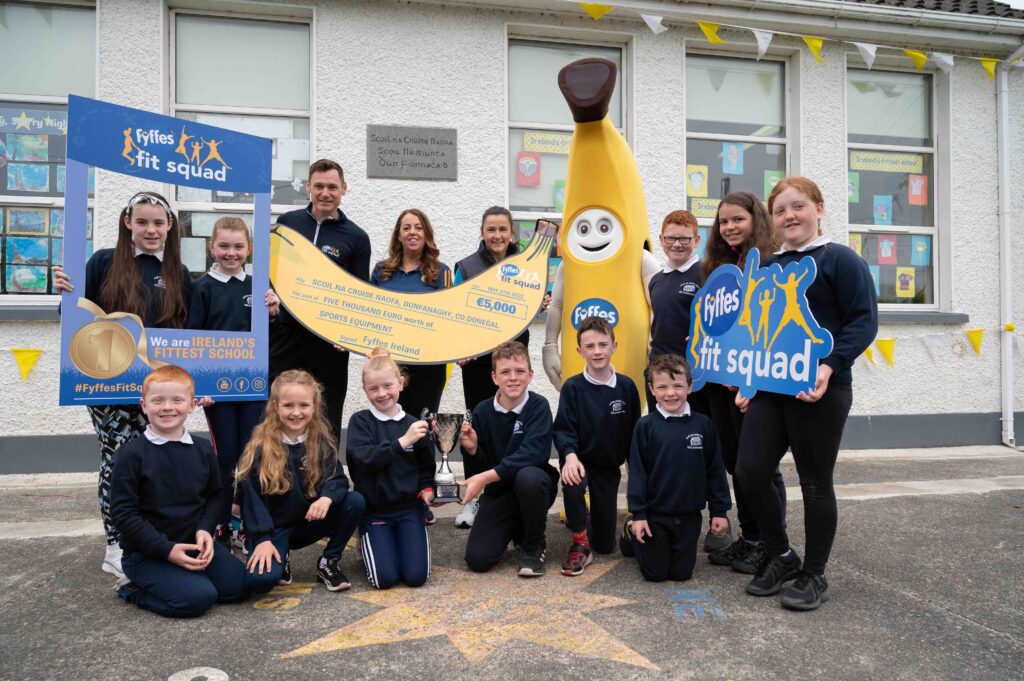