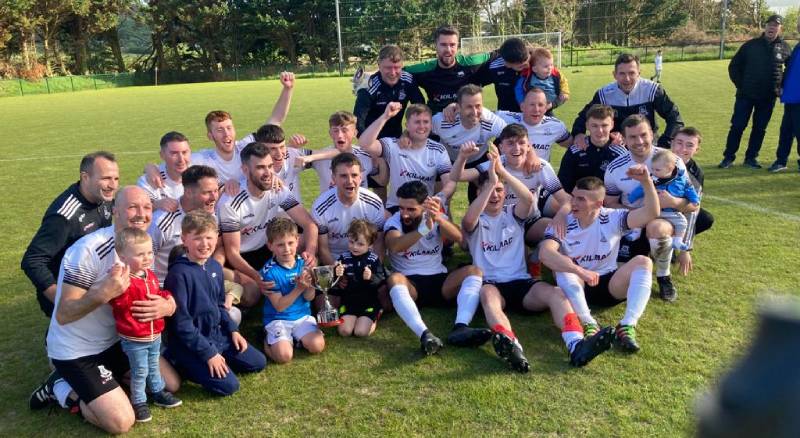 The Diamond Park in Ballyare was the venue as Kilmacrennan Celtic lifted their first league title since 2010.

Lee McMonagle was given a straight red following the goal before Paddy McGowan reduced the deficit with five minutes to go. Philip Buchanan grabbed a third for his side just moments later.

This playoff – a first since 2012 – had quite an open start in terms of who controlled possession but clear cut chances evaded both sides inside the first ten minutes.

Opportunities followed at each side as Bonagee squandered the first of note. A neat flick on from Lee McMonagle allowed Aidan McLaughlin to race clear but caught in two minds, he fired his one-on-one effort wide.

Ryan Shields went close for Kilmac 15 minutes in but he could only rustle the side netting after a deflected effort from a corner.

Aaron Wasson fashioned a chance out of nothing a few moments later but his low shot was comfortably gathered by Shane Graham.

On the half hour, Kilmac were gifted the lead. 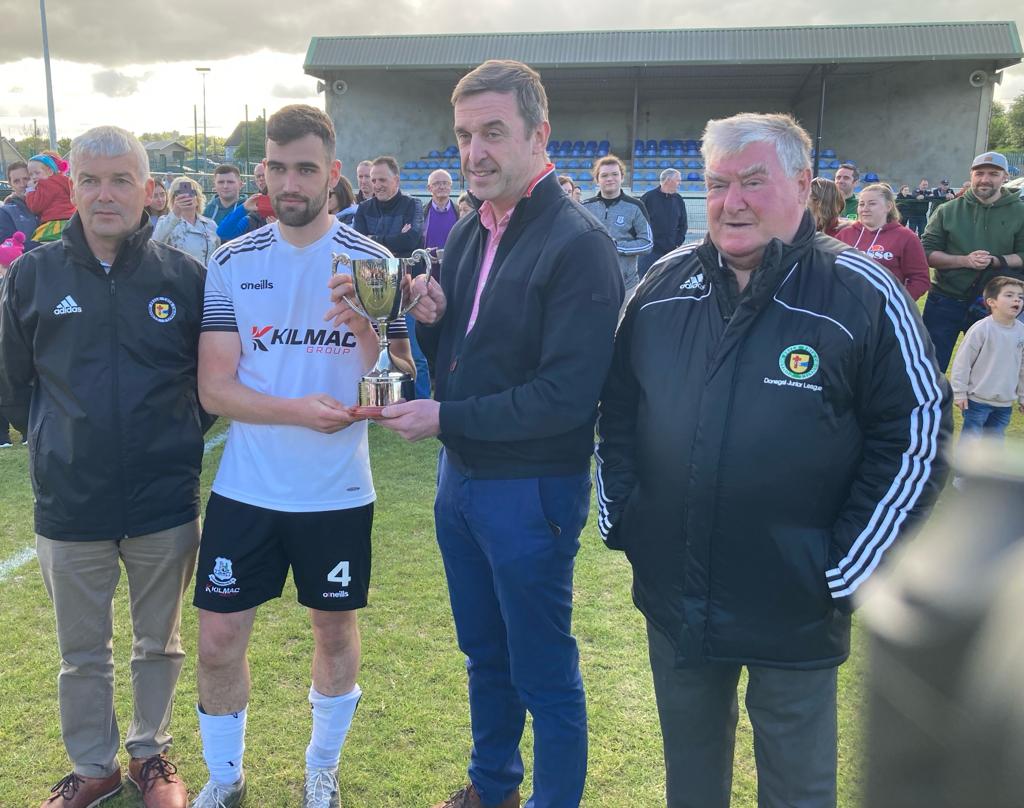 A long ball forward went over the defence and Cian Harkin missed his swipe at the ball, allowing Paul Bradley to simply pick his spot and slot into an empty net.

Five minutes prior to the interval, Bonagee squandered another opportunity after Graham had failed to collect a set piece as the net was open but Eamonn Cannon rushed his shot and fired it over the bar.

Kilmac took their one goal cushion into the half time break.

Just before the hour, Bonagee were hit with a double blow.

A free kick was the first of their worries and those fears came true as Matthew McLaughlin pinged a fantastic free kick into the top corner from 25 yards.

In the aftermath, before Bonagee could resume the action, they were reduced to ten men as Lee McMonagle was sent off for an off the ball incident.

Kilmac almost had a third goal beside their name moments later but Matthew McLaughlin was denied by the post.

More off the ball antics followed as the minutes ticked away with the yellow cards in high demand due to niggling fouls and the reactions that followed.

Bonagee got a route back into the game for the dying embers as they reduced the deficit. Paddy McGowan, fresh off the bench, headed home from close range following a set piece delivery from Jordan Gallagher.

Less than two minutes later, the two goal lead was restored by a fellow substitute.

Bonagee lost possession in their own half and it allowed Paul Bradley to whip a ball across the box for Philip Buchanan to place beyond Harkin.

First title for Kilmac in a decade was last modified: May 28th, 2022 by Staff Writer
Facebook0Tweet0LinkedIn0Print0