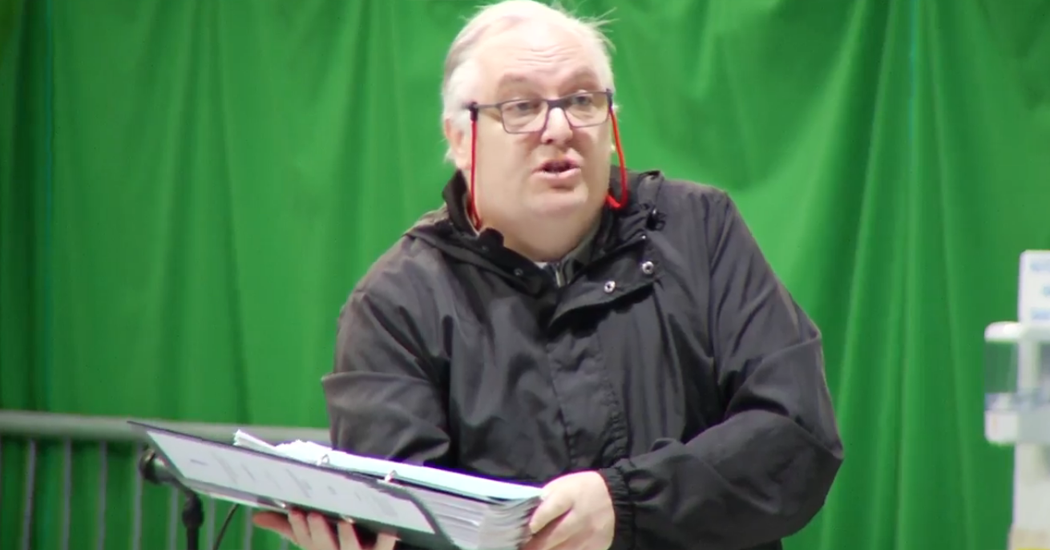 Councillor Frank McBrearty says that he will prove his claims of systemic corruption in Donegal County Council.

The Independent councillor produced a folder at today’s plenary councillor meeting which he claims contains information supporting claims he made about the local authority in November last year.

Cllr McBrearty told the council that he has a “file of evidence” based on freedom of information documents. He added that “further evidence” will be given and he will get “full discovery” of what he claims has been left out in the FOI responses.

Cllr McBrearty’s claims relate to the Council’s purchase of five mica-affected houses at An Crannla estate in Buncrana. The claims he made last year prompted an independent investigation to be commissioned to examine the process in full. The report is due to be completed by the end of June.

“The council is fully committed to investigating all allegations of corruption,” said Chief Executive John McLaughlin, who commissioned the report.

Mr McLaughlin added that the executive will keep elected members updated on the outcome of the review.

“We have an open mind on that and we will let the auditors do the work,” Mr McLaughlin said.

“We are committed to working through the process. There is no secrets in this as you well know, everything comes out and it will come out here all the way through.”

Sinn Féin Cllr Gary Doherty and other members spoke of their continued frustration with the scoping allegation of corruption against council members. Some members, including Independent Cllr Niamh Kennedy, called for a public apology for the allegations made against councillors.

Cllr Doherty asked for a response on the allegations made in November and said: “One of the councillors who made the allegations at the budget meeting was asked to supply any and all evidence that he had by the end of January as to what personal knowledge of corruption he had.

“And so far there has been no response whatsoever from him. I don’t think that’s acceptable at all.”

“He made those allegations in full view of the general public and in full view of elected members of Donegal County Council and in front of the staff members. I think he needs to man up and tell us exactly what he knows.

In response, Cllr McBrearty said: “I stand over every accusation that I have made against Donegal County Council.”