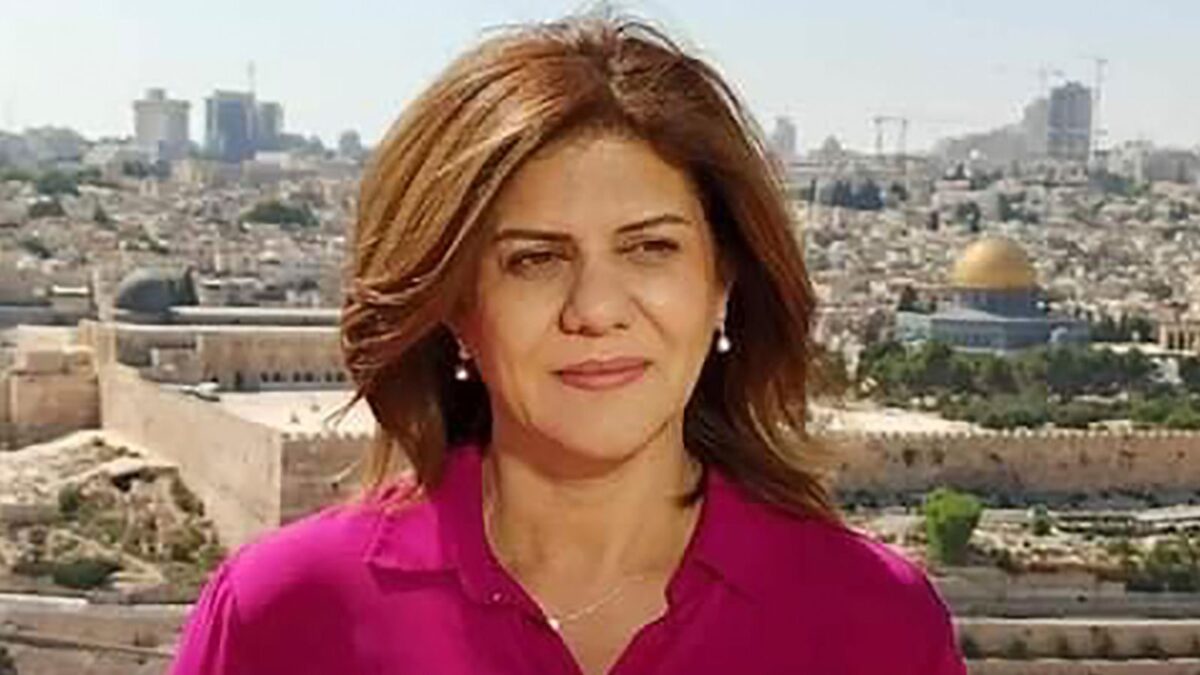 written by Rachel McLaughlin May 30, 2022
Facebook0Tweet0LinkedIn0Print0

Donegal County Council has joined international groups and parliaments in calling for an independent investigation into the killing of Palestinian-American Al Jazeera journalist Shireen Abu Aqleh.

Ms Abu Akleh was shot while covering an Israeli raid at a West Bank refugee camp on Wednesday, 11 May. She was wearing a helmet and blue flak jacket marked ‘PRESS’ when she was shot with a sniper bullet.

Cllr Doherty said: “Video and photographic evidence from her funeral a couple of weeks ago show Israeli police storming the coffin while beating and baton-charging mourners for attending the funeral. These were disgraceful scenes of police brutality at a hugely sensitive funeral and no self-respecting democracy could stand over this treatment of people.”

Cllr Doherty said that the UN security council has strongly condemned the killing and called for an immediate investigation.

He asked that the council also supported calls for an independent investigation into Ms Abu Akleh’s death.

“I know that people will say the events in Palestine should not be raised at a Donegal County Council meeting but this is an international story and parliaments and local authorities across the world are passing motions of support around the world to highlight the atrocities that have happened,” Cllr Doherty said.

The motion was seconded by Cllr Gerry McMonagle, who added that the council should write a letter of condolence and solidarity to the Mayor of Bani Ziad, a rural area of Palestinian territories that was twinned with Donegal County Council.

Cllr McMonagle added: “It’s not just about this particular incident, it’s the continued annihilation of the Palestinian people and the denial of rights.”

Donegal council joins calls for investigation into killing of journalist in Palestine was last modified: May 30th, 2022 by Rachel McLaughlin
Facebook0Tweet0LinkedIn0Print0