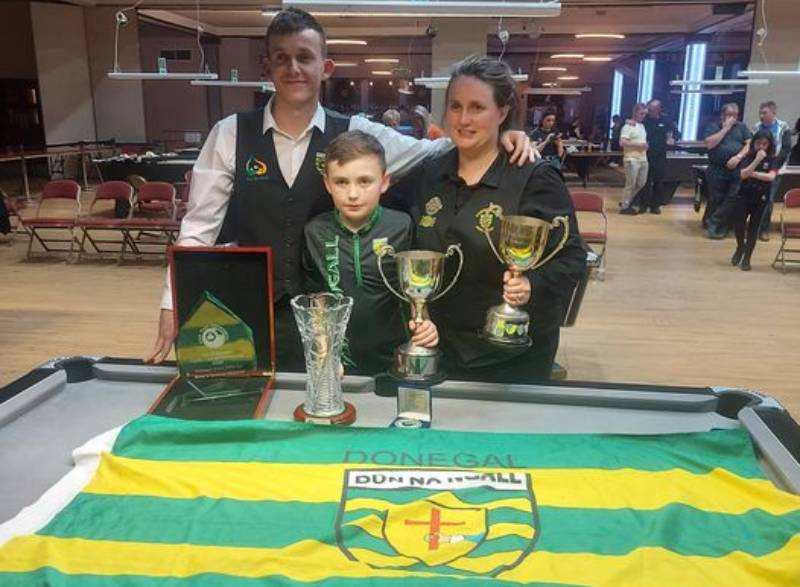 Hearing that a brother and sister have both won in a sport might make you suspect that it’s a relatively small event, but the reality is that over 500 of the top pool players from all over Ireland converged in the NEC Killarney for five days to compete in the various categories.

Among those categories, none are more prestigious that the two that determine who the best male and female players are in the country are. And this year it was Shaun and sister Helena who completed an unprecedented family double.

Helena was actually defending the title that she won for the first time in 2021. Once again, she triumphed over a top-quality field. She came through a number of tough, tight matches before finally retaining her title against Carrie Randle from Kildare on a 7 – 5 scoreline. 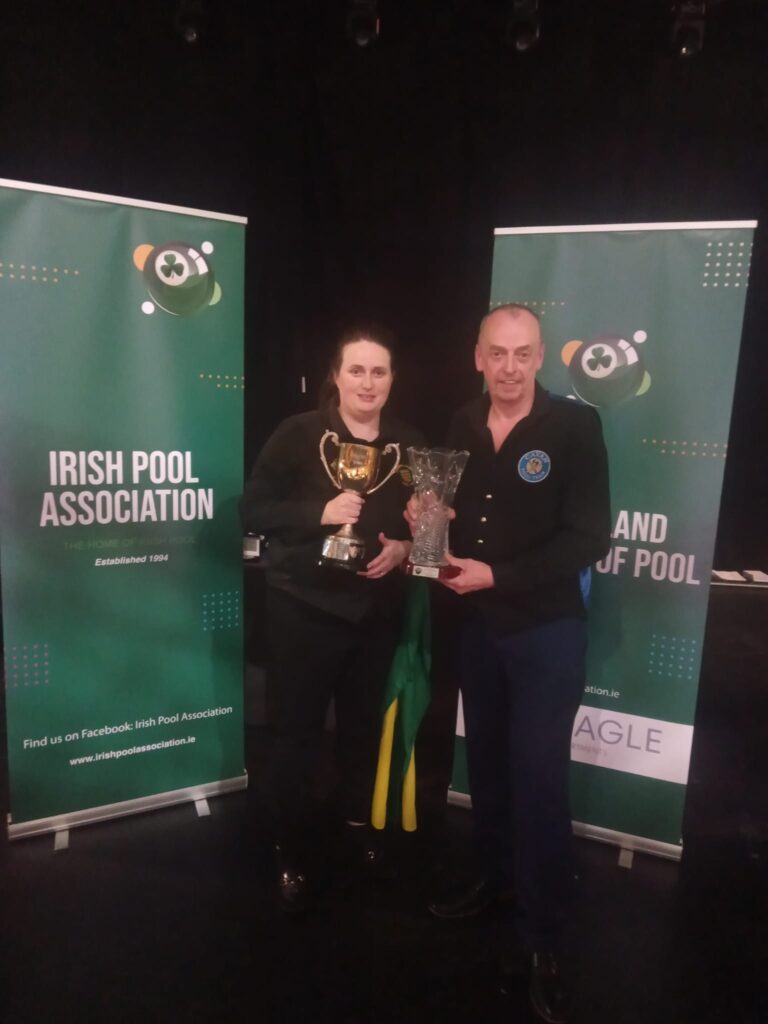 There was a lot more than that to Helena’s story though. She and her Donegal teammates lost in the final of the team event in a heart-breaking deciding frame. It was almost a double-double as the ladies had won the team title the previous year. In addition, her son, Niall, lost a deciding frame semi-final in the Under 12s event. And if that wasn’t enough there was also the small matter of her brother’s exploits.

Shaun captained nine Donegal players to a historic victory in the team event last year. However, this year it was the singles event where he excelled. Shaun has won pretty much every coveted title down through the years, bar the elusive Irish Men’s Champion. Despite a disappointing team campaign this year, where the lads failed to qualify for the knockout stages, there was to be no stopping ‘The Shark’ in the singles event. 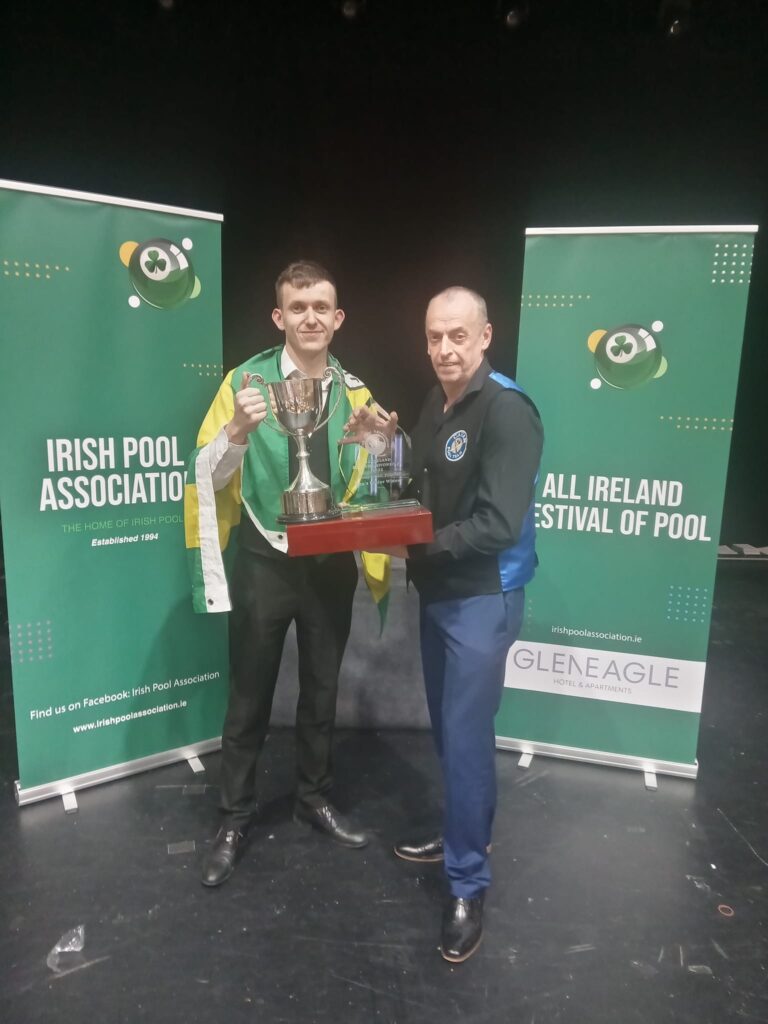 He steamrolled through most of the early rounds before being faced with one of the best ever Irish players, Stephen Dempsey, in the semi-final. Shaun played scintillating pool, breaking and clearing at almost every opportunity to storm to an almost flawless 9 – 5 victory.

In the final he was faced with Wexford’s Ben Doyle. With both players at the pinnacle of their abilities, it was an exhilarating, high quality final. Shaun led for most of the match, before Ben finally went ahead at 8 – 7. When Ben then reeled off the next frame to close in on the winning line of 10 frames, it didn’t look good for Shaun.

Somehow though, he found extra reserves of mental strength to win the remaining three frames in what was one of the best Irish finals ever contested. 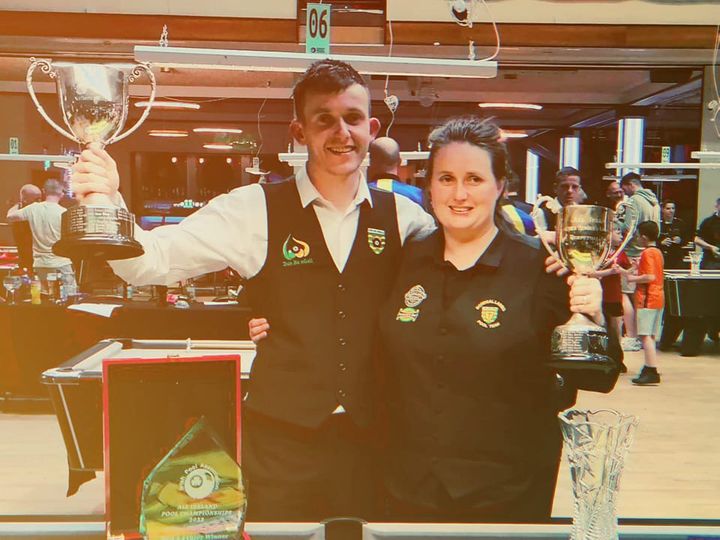 Other achievements of note from a Donegal perspective included Daniel McHugh and Joe Chambers, who both made it to the last sixteen of the under 20s event, and Ronan Kennedy from Dunkineely; Ronan competed in the massively competitive junior men’s event and won five knockout matches before being beaten in the quarter finals by the eventual winner.