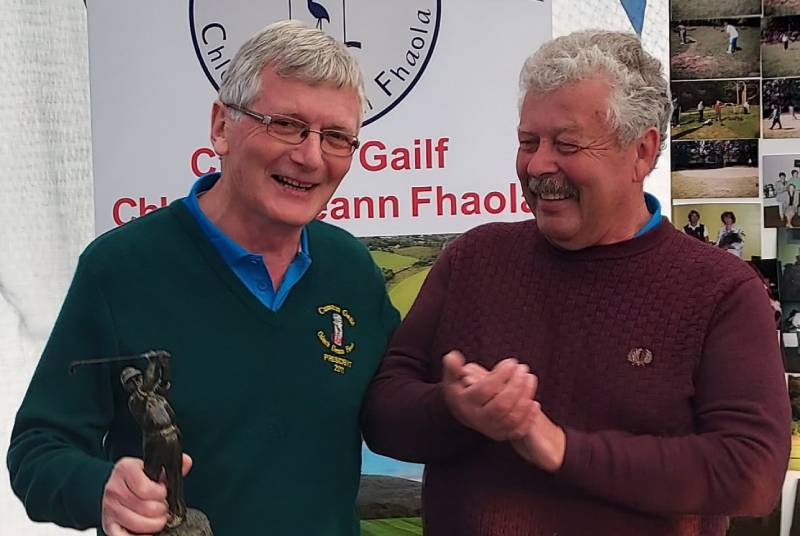 A large crowd gathered for the anniversary on Saturday night with a number of individuals receiving awards for their contribution to the Club over 25 years. The main award was presented to founding member Micheal Murray who received a lifetime achievement award on the night ‘as do shaothar iontach don chlub ón tús 1997-2022’. 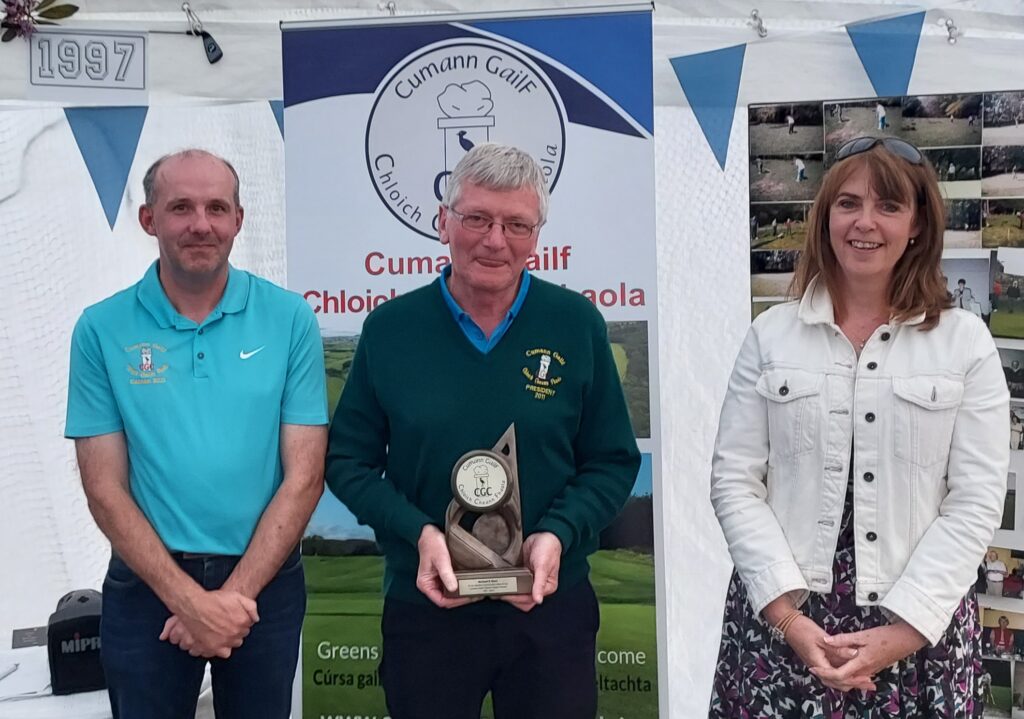 Philip McGeady (Head Greenkeeper) and Francis Boyle (former Head Greenkeeper) both received awards ‘for their outstanding service to the club’. Lady Member Chriss Cannon received an award for her contribution to the Ladies Club over 25 years. 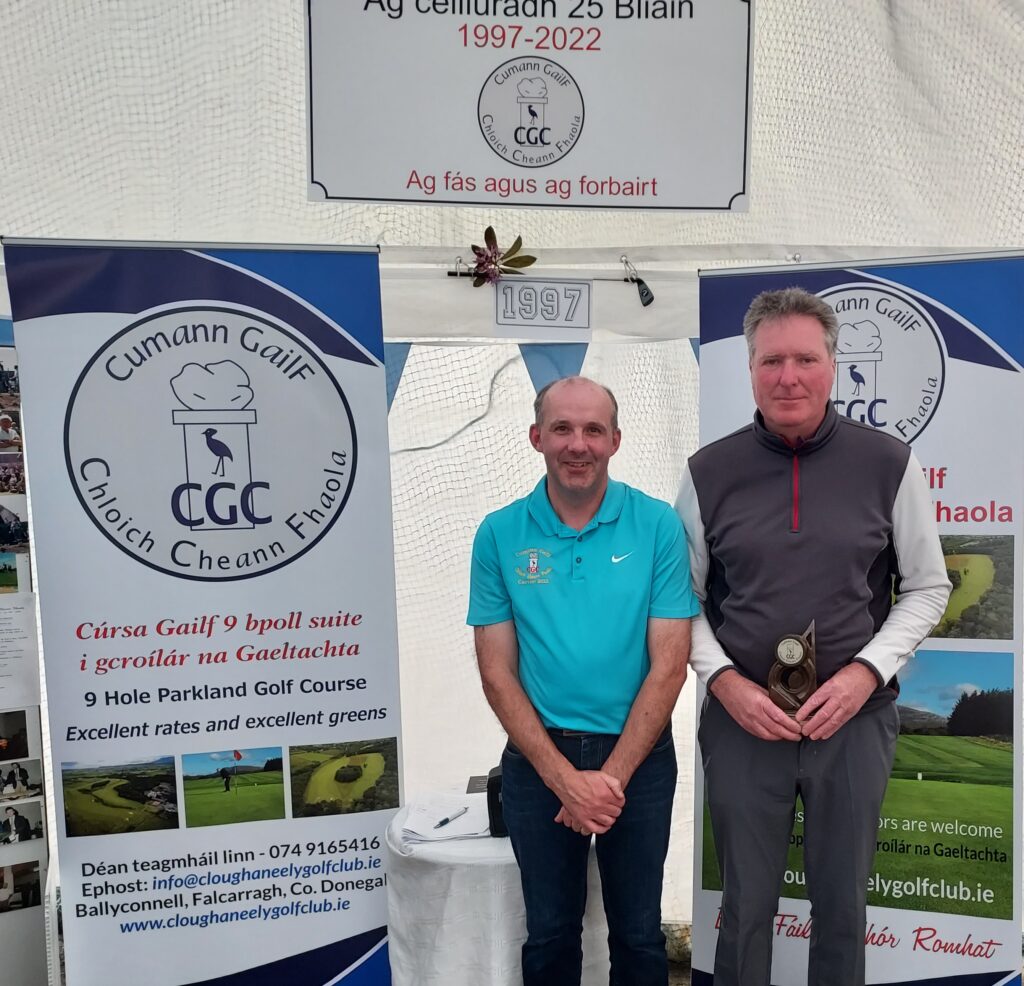 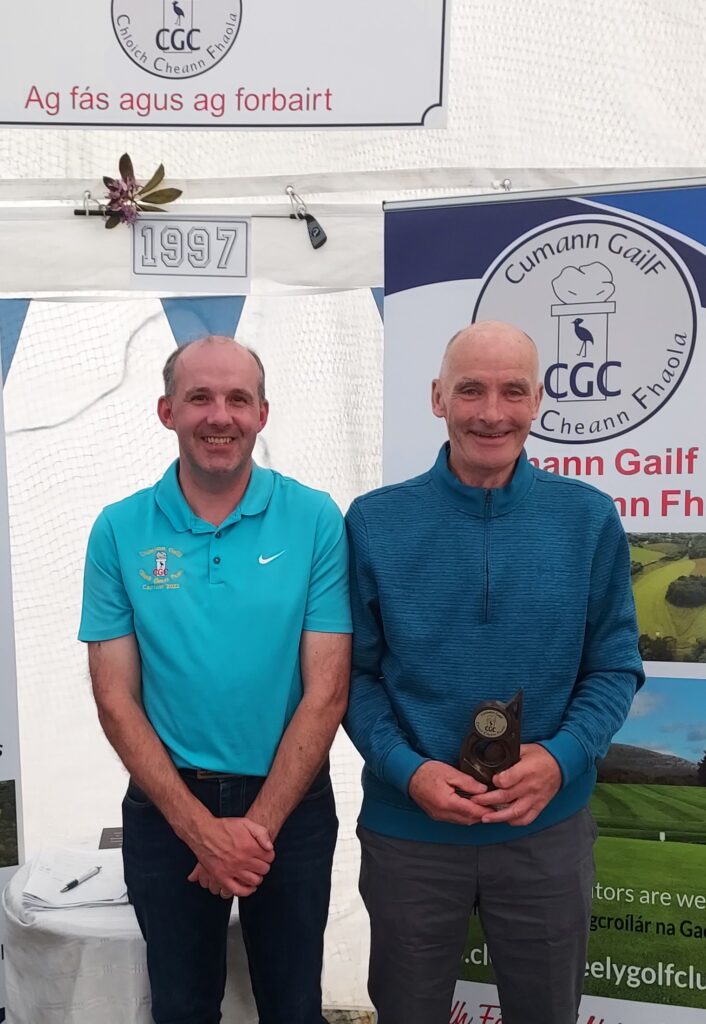 Patsy McVicar received an award for his great contribution to the golf club. These individuals along with many others have helped the club immensely and we would like to thank everyone for the help and support over the years. Club Secretary Seán Ó Gallchóir produced an 8 page booklet on the history of the golf club with some other information that was very interesting. Extra copies are available in the clubhouse. 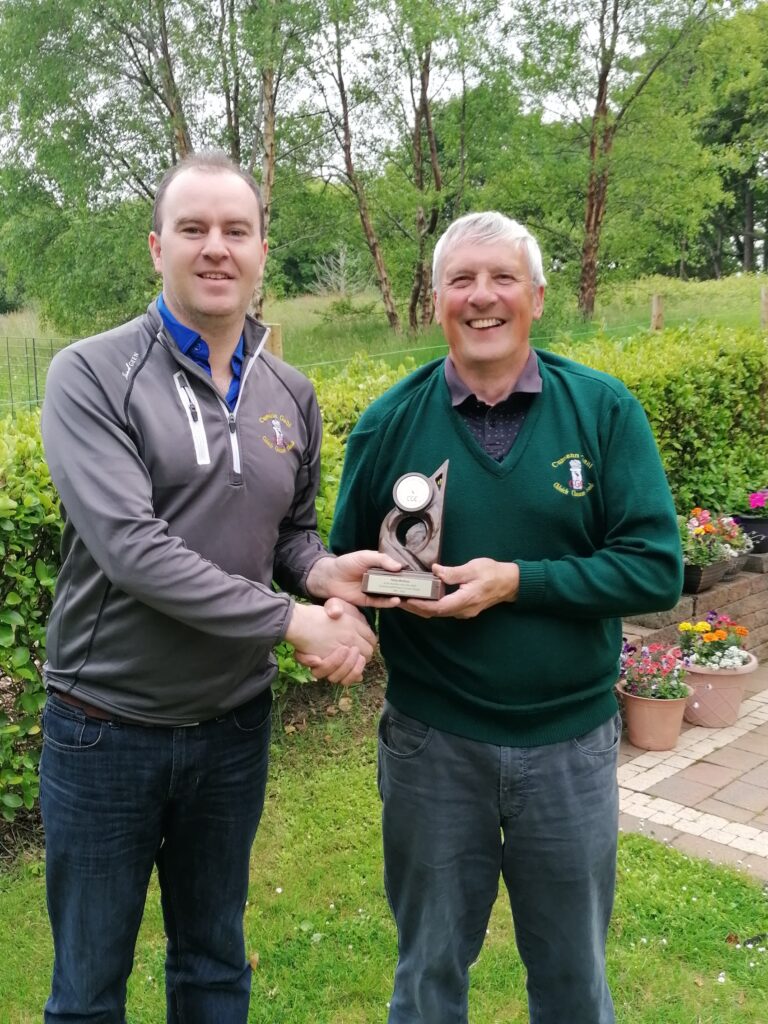 The 9 Hole Scramble winners on Friday 27th with a super score of -6 under par for 9 holes was Chris McCallion, Brian McGee, Stephen McCafferty and Martin Mortimer. 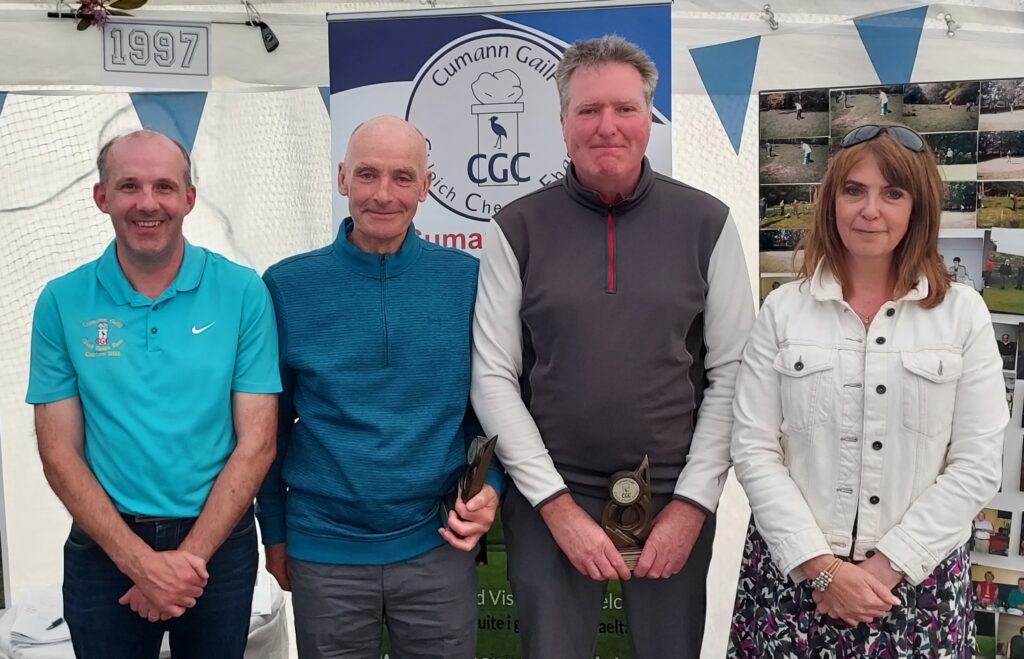 The Golf Club are delighted to announce Mountain Melts will be with us every Friday at the golf club in June from 5-9pm. On Friday 3rd and Friday 10th June we will have a 9 Hole Scramble draw at 5.45pm shotgun start @ 6pm. All welcome. Golfers have the opportunity to order food before or after the golf.