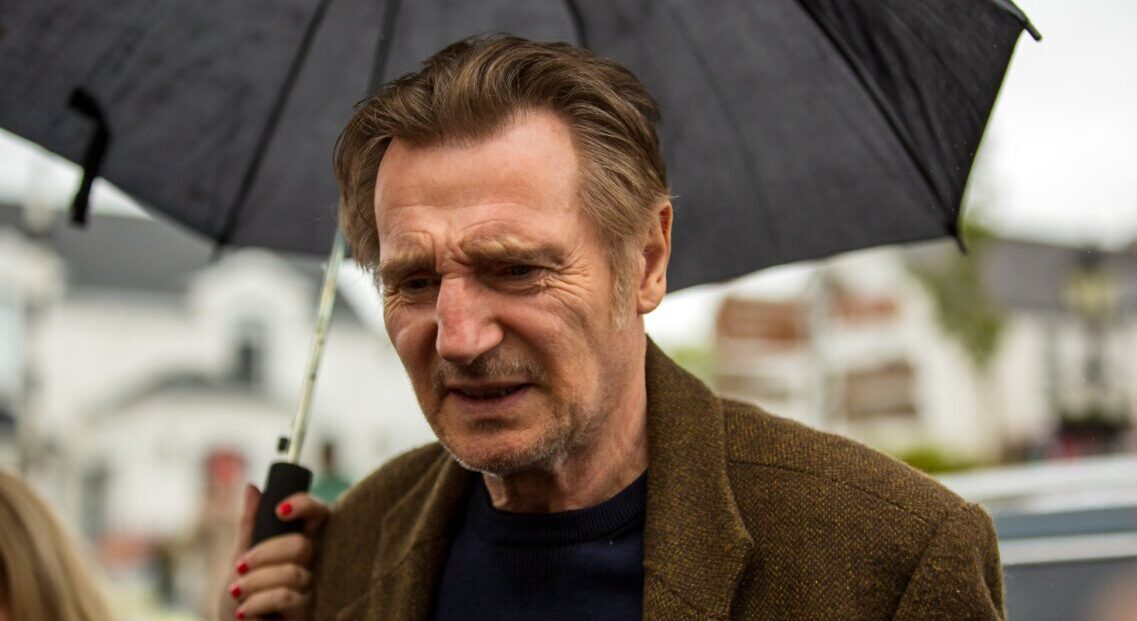 The picturesque village of Ardara became a real-life film set yesterday when the cast and crew of ‘In the Land of Saints and Sinners’ came to town.

Film fans flocked to the town hoping to get a glimpse of the stars, and they weren’t disappointed when ‘Taken‘ legend Liam Neeson turned up for work.

Neeson filmed outdoor scenes and had a quick hello for fans before he went into the Corner House, a popular local spot that already looked the part for the 70s-set movie.

Shopfronts around Ardara were given a new look overnight, so that, for many locals, they went to bed on Monday in Ardara and woke up on Tuesday in West Cork. Vintage signage and cars were brought in and new road signs were put up to bring a true 70s feel to the village.

With all eyes on Ardara, it was the perfect time for photographer Sue Barrington to get some snaps of the action. Sue queued for five and a half hours in the rain to get photos of Liam Neeson but said it was worth the wait.

A release date for In the Land of Saints and Sinners has yet to be announced, but Donegal fans will be eager to see the finished product following an exciting two months of filming in the south west of the county.

In the Land of Saints and Sinners is set in a remote Irish village, where a newly retired assassin finds himself drawn into a lethal game of cat and mouse with a trio of vengeful terrorists.

Lucky Liam Neeson fans get a glimpse of A-lister in Ardara was last modified: June 2nd, 2022 by Rachel McLaughlin
Facebook0Tweet0LinkedIn0Print0