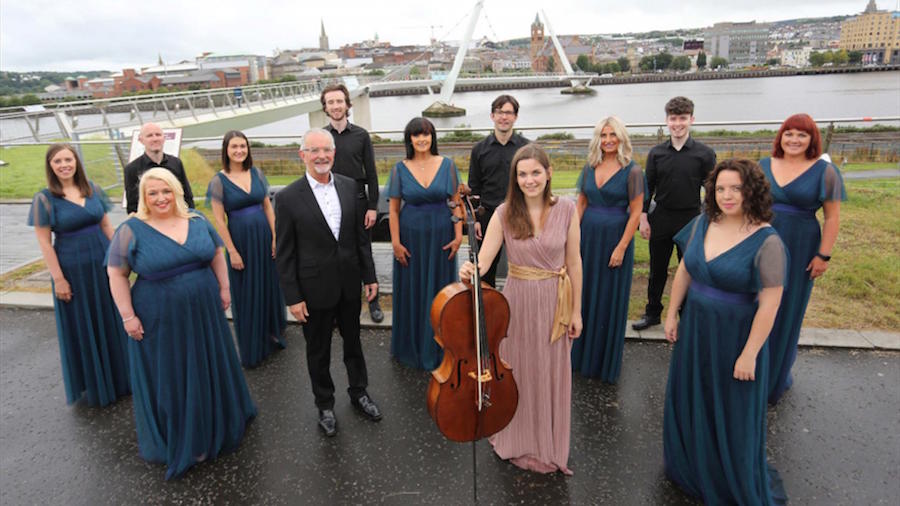 A well-known Inishowen man has been awarded an Honorary MBE by the Queen of England for his services to music in Northern Ireland.

Donal Doherty, who is originally from Moville, now lives in Derry.

Mr Doherty (pictured above fifth form left) is the conductor of the famous Condetta Choir in the Walled City.

Married to Meabh, the couple have four sons.

Donal has spent his life in music and is known around the world for his work and dedication to singing including his role as director of City of Derry International Choral Festival.