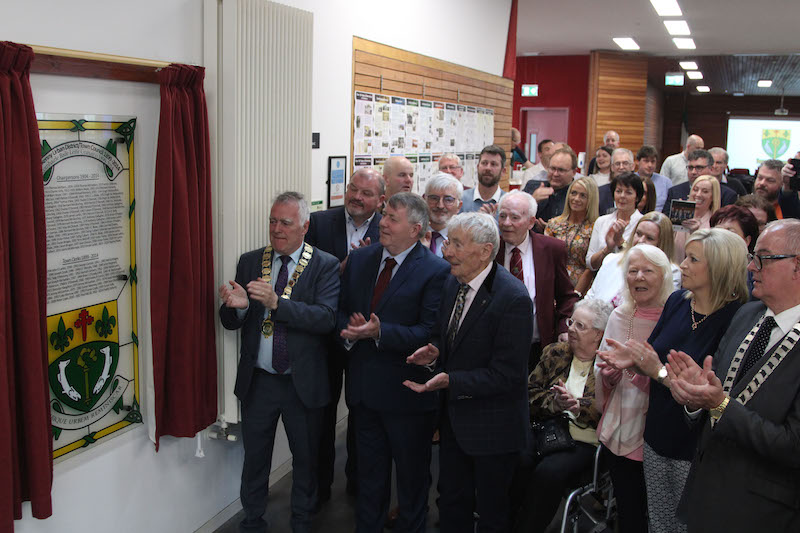 Donegal County Council unveiled a plaque in the Letterkenny Public Service Centre to acknowledge the role of the former Letterkenny Town Council in the development of the town.

The Town Council was the main body for Local Government in the town between 1899 and 2014. It was held in very high regard for its work and it was noted that Letterkenny became one of the fastest growing towns in Europe as a consequence.

The event was attended by past Councillors and staff of the Town Council. The event was hosted by Mayor of the Letterkenny Milford Municipal District, Cllr. Jimmy Kavanagh.

Speaking at the event, Cllr. Jimmy Kavanagh said, “It was great to have the opportunity to recognise the contribution of the Town Council to the development of Letterkenny over the duration of its history from 1899-2014 by unveiling a beautiful plaque with the names of all the former Chairpersons and Town Clerks of the Town Council. 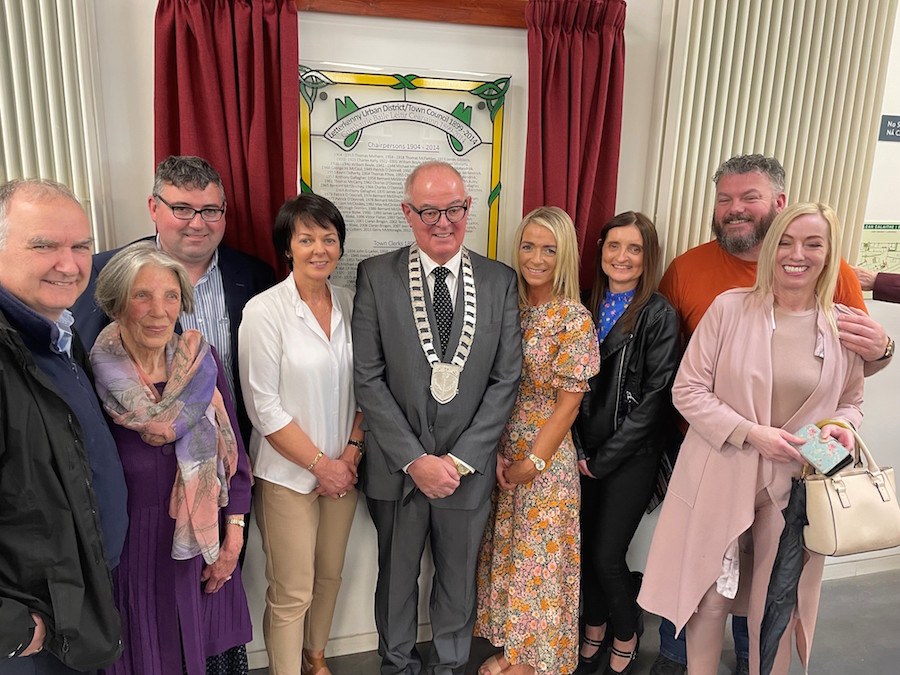 “The proposal was first brought to a meeting of the Town Council by the former Town Councillor Jim Lynch in 2014 and the new plaque which was designed by one of the council’s staff Darren Nash and made by Letterkenny Glass now has pride of place in the foyer of the public service building in Letterkenny.”

The occasion of the unveiling gave former Members of the Council and staff as well as the current Municipal Councillors a chance to get together and to share memories, and to meet up with old friends.

The event was attended by former Town Clerks and former Town Councillors and family members represented previous members who have passed on, the new plaque stands as a testament to the work done by all of them in the development of our town over the 110 years of the Town Council’s existence.