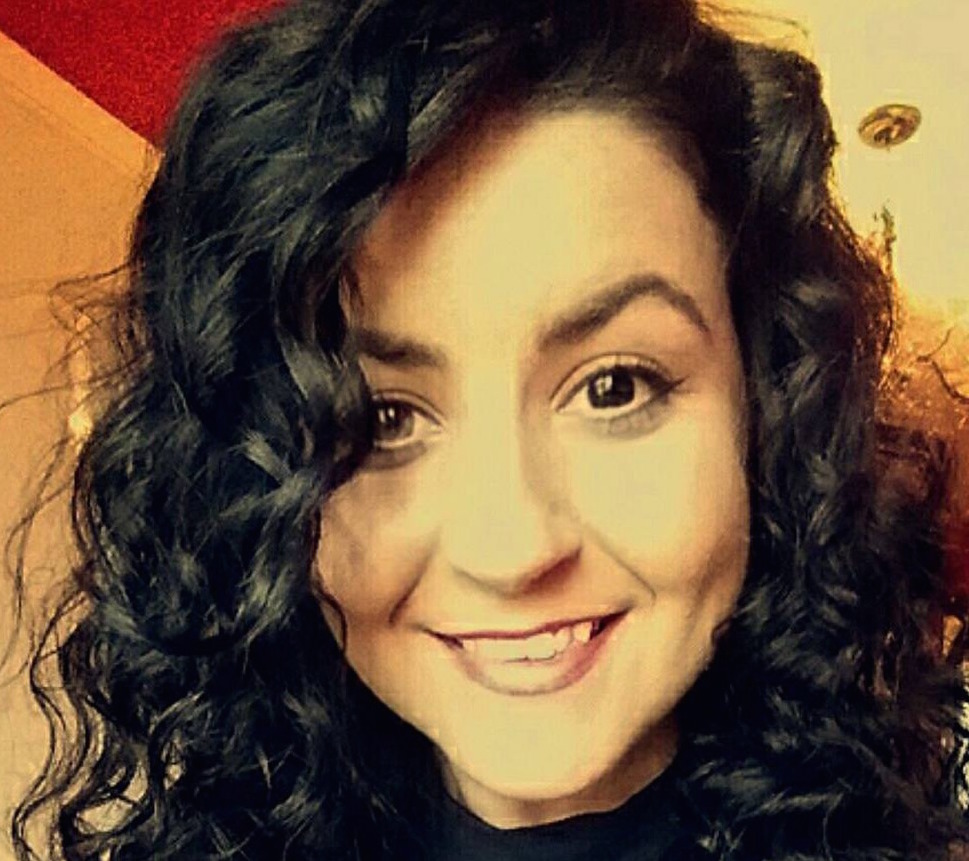 A young woman was killed just two days before Christmas after her car veered across the wrong side of the road while she returned home from working in a restaurant in Co Donegal.

Amy Loughrey was 25-years-old when her car was involved in a two car collision at Glebe, Fahan on the Inishowen Peninsula just before 11pm on December 22nd, 2016.

Ms Loughrey had finished her shift at the Red Door Restaurant and was driving to her home at Seven Oaks, Waterside in Derry.

An inquest into Ms Loughrey’s death held at Letterkenny Courthouse heard how Ms Loughrey was killed instantly when her black Fiat Stilo car collided with a silver Ford Focus car coming in the opposite direction.

Garda forensic evidence told how the crash happened on the opposite side of the road from which Ms Loughrey was traveling.

Evidence was given from a number of people who arrived at the scene of the tragedy just seconds after it happened at 10.58pm.

Local man Andy Staunton said he was watching TV in his house when he heard a loud bang outside. He ran outside and saw a crash.

He saw two cars and ran to one of the cars which contained a young woman and despite checking for a pulse he could not find one.

He said that apart from a small cut to the woman’s head there wasn’t another mark on her and despite checking for a pulse again he could not find one.

Another man, Stephen McHugh, told the inquest how he was returning from the cinema with his girlfriend when a car “glided” by him and that he later saw “a cloud of smoke” and realised there had been a crash up the road.

He said he was traveling at 40mph but did not think that the car which went past him was speeding.

That car belonged to the driver of the second car involved in the crash, a Gareth McCracken.

Mr McCracken, a student at Atlantic Technological University in Letterkenny, was returning from his part-time job as a cleaner at Letterkenny Shopping Centre to his home in Buncrana.

He said he saw a car coming towards him which ‘wiggled’ and then suddenly struck his black VW Golf.

The next thing he remembers were people in yellow jackets around him holding his head and a board being put behind his back.

His injuries included a broken wrist, a broken bone in his back, a neck injury and he remains off work and college since.

Asked by Patrick McDaid, solicitor for the Loughrey family, who he did not brake, Mr McCracken said he simply did not have time to brake or to react at all.

“I seen the headlights and it just wiggled…..it was losing control as it came around the corner,” he said.

Asked what speed he was doing, Mr McCracken replied that he was driving within the speed limit.

Garda Damien Mulkearns, a PSV Inspector, gave evidence of examining the remains of both cars after the crash.

He said both cars were in a serviceable pre-accident condition and both seatbelt buckles were in place revealing that both drivers were wearing their seatbelts.

He also revealed how Gardai tried their best to determine the exact speed of Mr McCracken’s car by analysing the ‘brain’ of the car.

However, despite  extensive investigation and despite sending some of the car for analysis to Germany for examination, this could not be done.

The reasons given for this were that such was the force of the collision, there was a power surge which rendered the data useless and also the extent of the damage.

Inspector Mulkearns agreed that there was no side airbags in Ms Loughrey’s car meaning she took the full brunt of the other car as her car drifted across its path.

Forensic collision investigator Garda Gerard McCauley said he carried out a full examination of the scene of the collision.

He said in his opinion the Fiat Stilo failed to take the left-hand bend and went on to strike the Ford Focus saying the Fiat was certainly on the wrong side of the road.

Garda McCauley said he has been a Garda for sixteen years and a Forensic Collision Investigator for 12 of those years and has attended hundreds of crashes.

He said that in his opinion the Ford Focus must have been exceeding the speed limit of 60kph because of the extent of the damage saying he had never seen such damage caused to cars driving below that limit.

However, barrister for Mr McCracken, Mr Nolan, objected strongly saying there was simply no scientific proof as to what speed his client was doing.

A legal argument then followed as to wether any speed could be ascertained.

Coroner Dr McCauley said the pathology report had shown that Amy suffered a significant injury to her brain which would have caused her death immediately.

He said he was satisfied that the cause of death was asa  result of a lethal brain injury caused as a result of a road traffic incident.

He described the death as an accident.

He expressed his condolences with the family of Ms Loughrey describing her death as tragic and terrible.

Woman died after car veered onto wrong side of road in Christmas tragedy was last modified: June 5th, 2022 by Staff Writer
Facebook0Tweet0LinkedIn0Print0