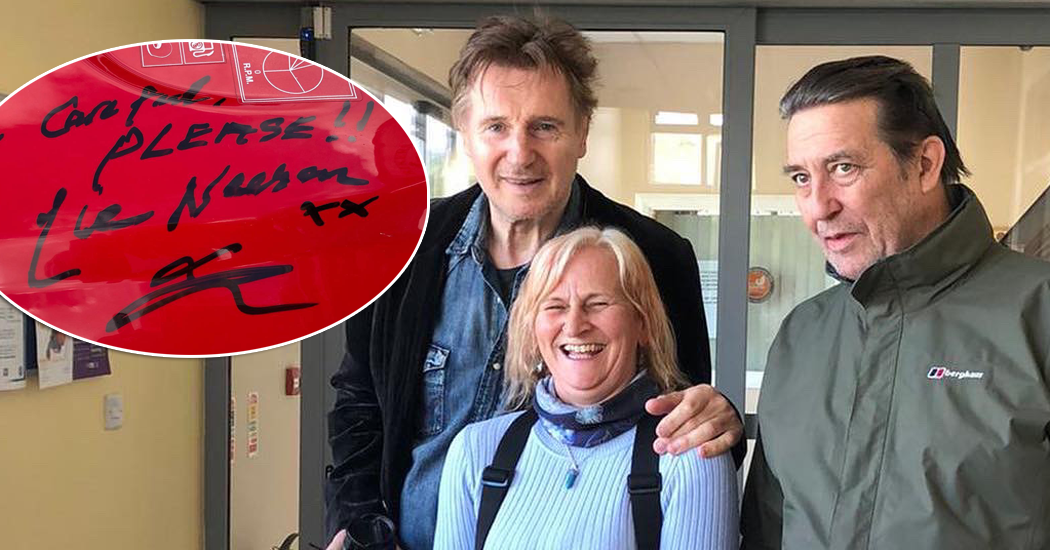 When you get a warning from Liam Neeson, you’re sure to follow it.

The no-nonsense actor had some sage advice for local biker Debbie when she asked him to sign her Triumph Motorcycle last week.

“Be careful please,” the ‘Taken‘ star wrote on her bike. The warning came from an unfortunate experience of Neeson’s when he collided his Harley-Davidson with a deer in New York 22 years ago. Neeson suffered a broken pelvis in the crash. 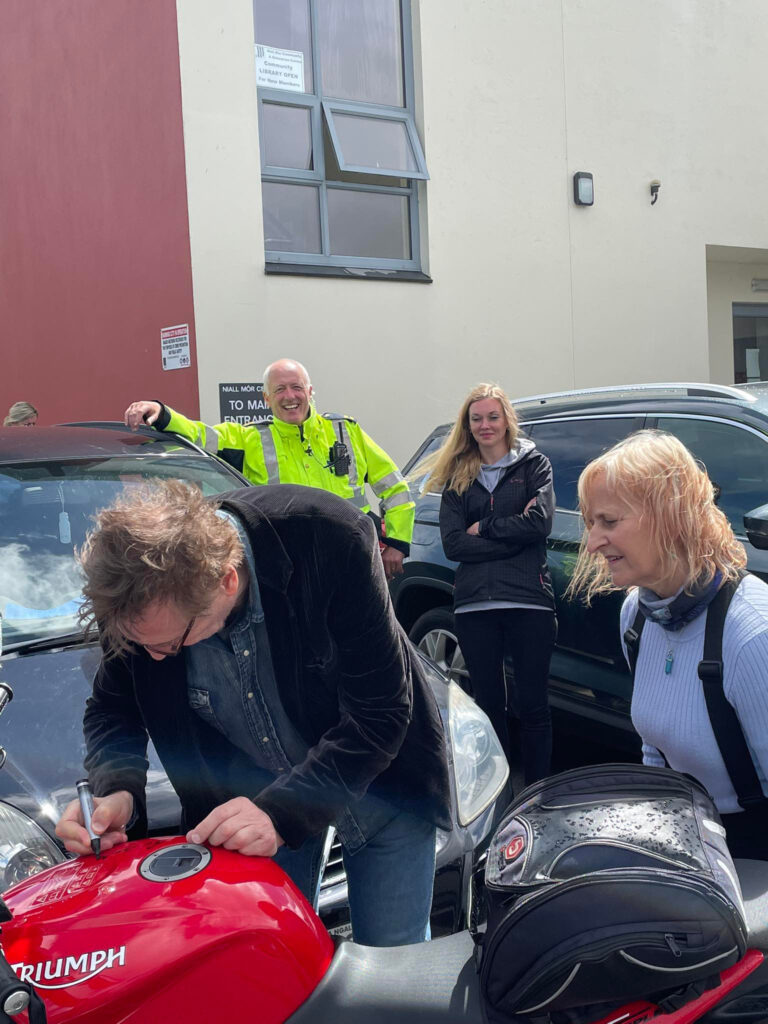 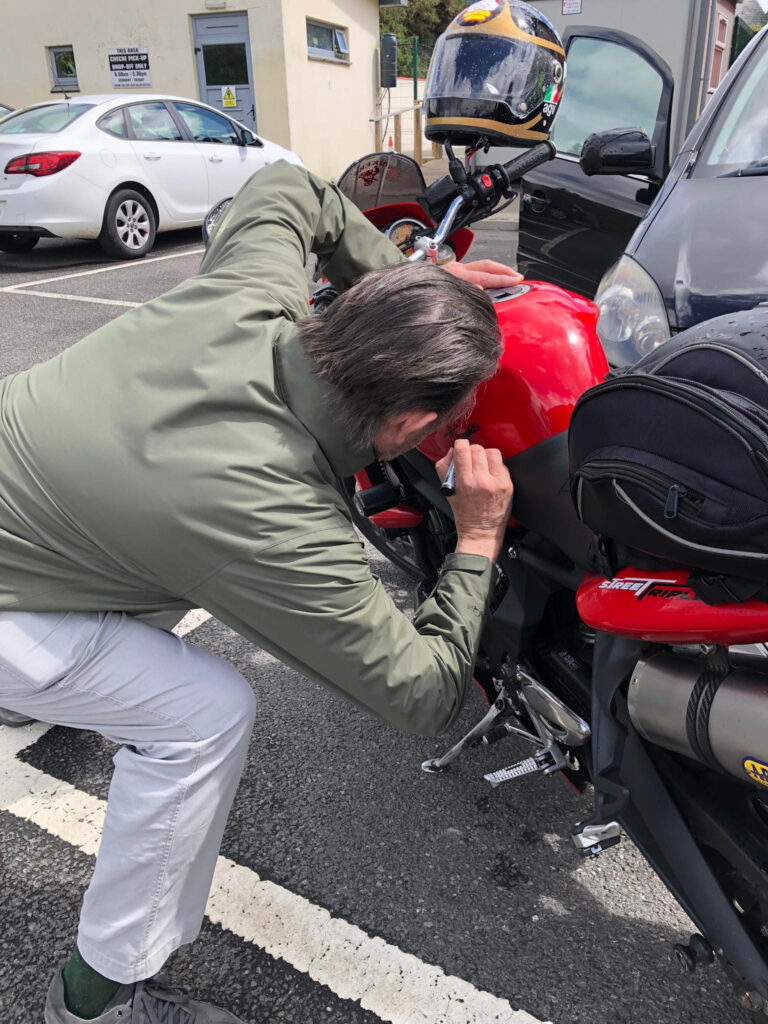 Ciaran Hinds signs the other side

Debbie, who lives in Kilcar, has been a careful driver throughout her years of biking. She has been into bikes since the age of 10 and while she started on an old Honda 50, her dad had a Norton.

Debbie has been working with Ukrainian families for the past while, and when Liam Neeson and his fellow film star Ciaran Hinds visited the Niall Mor Centre in Killybegs last week, she took her chance to ask the pair to sign her beloved Triumph. 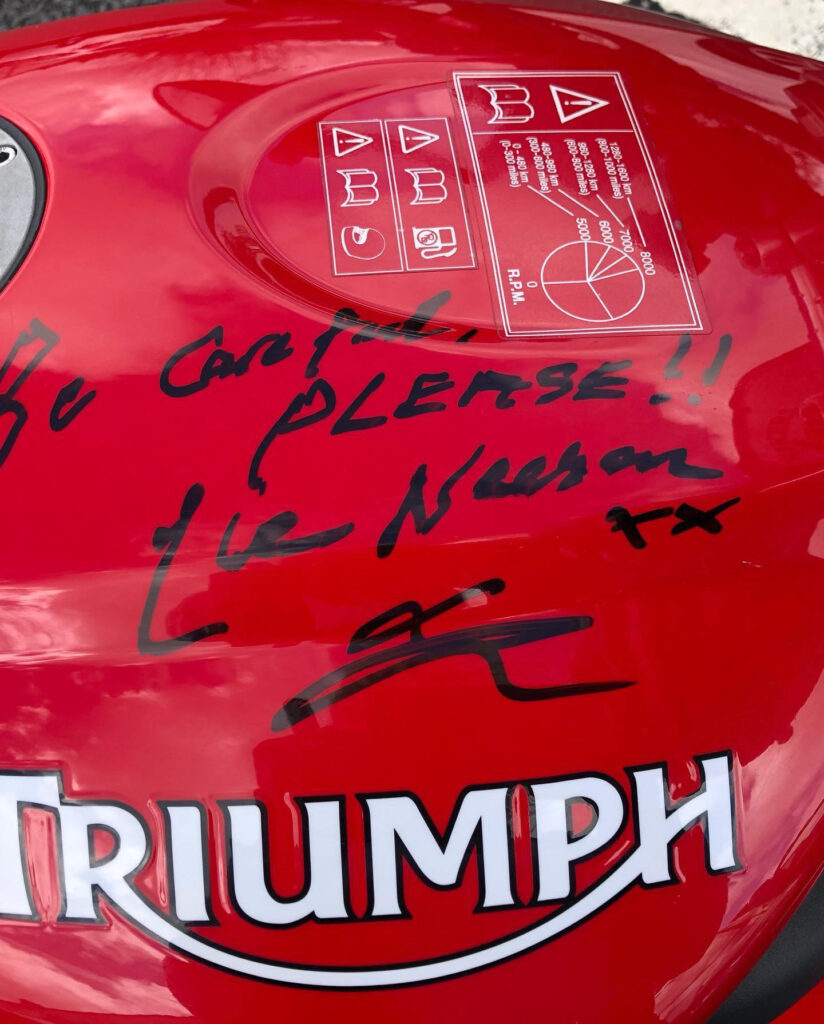 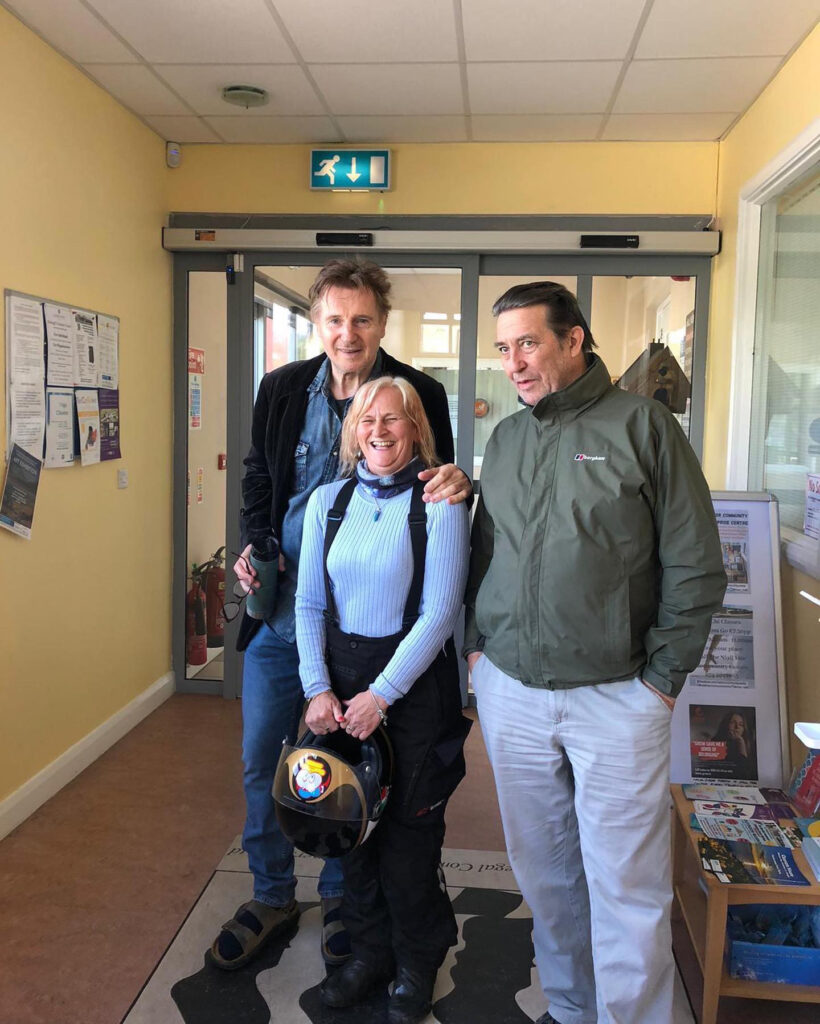 Liam, Debbie and Ciaran in Killybegs