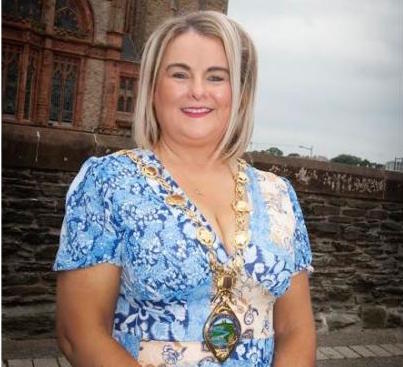 A Donegal woman was last night elected as the new Mayor of Derry.

Inishowen woman Sandra Duffy was elected to the position by her fellow councillors on the Derry City and Strabane District Council.

Ms Duffy, a Sinn Fein councillor, is originally from Burnfoot.

She was first elected to the council for the Ballyarnett Ward in 2014 and is known for her work in tackling homelessness for the past 20 years.

She has also campaigned tirelessly on road safety issues.

Sandra accepted the mayoral chain from her predecessor the DUP’s Alderman Graham Warke at the council’s annual meeting held at the Guildhall in Derry last night.