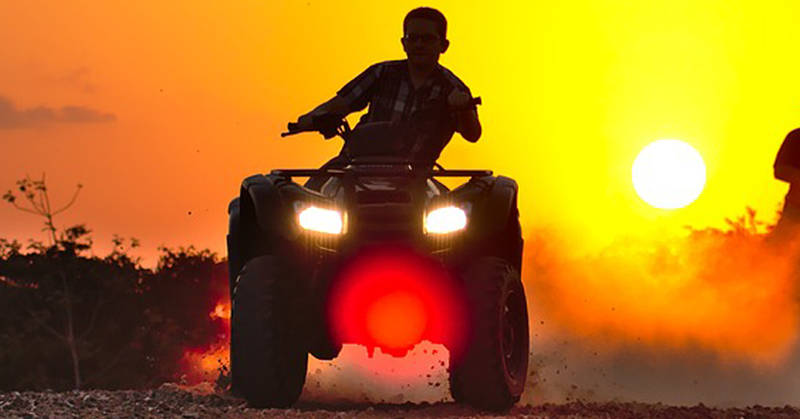 Gardai are hunting for a quad driver after a farmer was injured while rounding up animals in Co Donegal.

The incident happened at Lignanornig, Ballintra while a number of people were moving cattle from one field to another on Saturday morning last at 11.30am.

A quad driver tried to pass one of the men on the road by ‘undertaking’ him on the inside of the road.

However, the quad struck the man leaving him injured at the scene.

The quad driver then fled the scene without checking on the injured person.

Garda Grainne Doherty said the victim was treated at the scene and although they did receive injuries, these injuries are not life-threatening.

She said “The quad struck one of these men who was moving the cattle and knocked him down. The quad driver then left the scene.

“We would appeal to anybody who was in the area and may have witnessed the incident or may have dashcam footage to contact Ballyshannon Gardai.”

Garda Doherty reminded all quad users that they must obey the rules of the road like all other road users.

As well as having the proper driving license, they must also be fully-taxed and insured, she added.