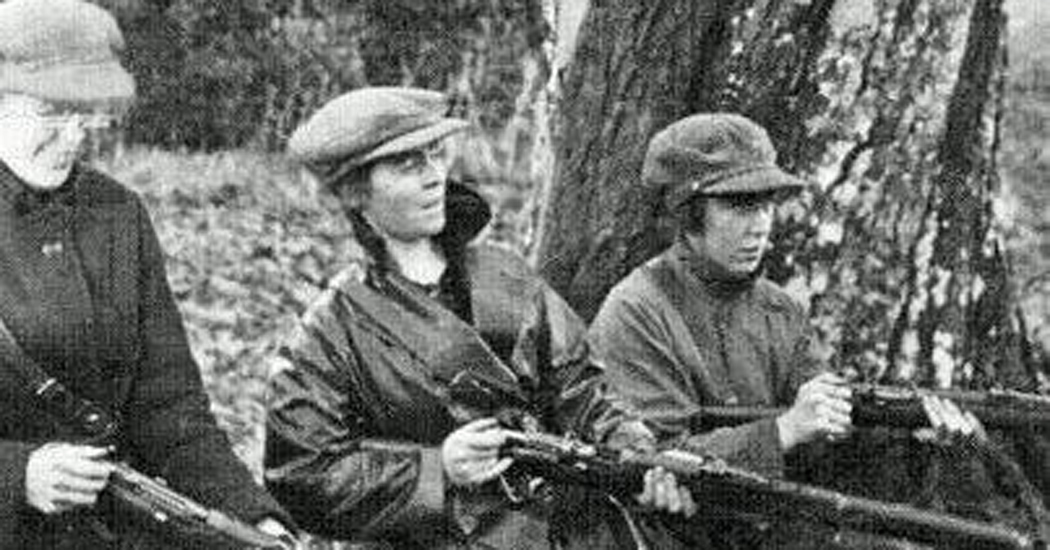 A new commemorative plaque will be unveiled at Killult/Falcarragh this weekend in memory of leading Irish republican Eithne Coyle.

The Donegal woman was a spy for the IRA, a member of Cumann na mBan, and was frequently arrested, but escaped prison twice.

An event will take place at 3pm on Sunday the 12th of June at Killult/Falcarragh (Bamhán bridge at bottom of Falcarragh hill) where a commemorative monument will be unveiled to remember and honour Ms Coyle’s instrumental role in the formation of the Irish State. The main speaker will be Sinn Fein TD Pearse Doherty.

Eithne was born on the 3rd January 1897, the youngest of seven children to Charles Coyle and May McHugh. Eithne was no ordinary woman. She joined Cumann na mBan in 1917 as a twenty-year-old, going on to set up Cumann na mBan branches in various areas, and began raising money for anti-conscription campaigns as the British government were doing their utmost to lure Irish men and women to join the British army in WW1.

As head of Cumann na mBan in Donegal, Eithne became very active going from county to county working for the Gaelic League which disguised her courier work and intelligence gathering for the IRA.  She canvassed vigorously for Sinn Fein in the 1918 elections winning 73 out of 105 seats.

Sinn Fein’s elected members refused to attend the Westminster Parliament, and instead formed their own in Dublin, resulting in the formation of the first Dáil Éireann declaring independence from Britain.

Eithne’s life was a mixture of hardship and danger in pursuit of the goal of a free and independent Ireland in those turbulent years of oppression and fight for Irish liberation. Her brother Donal Coyle served as commandant in the 1st northern division of the IRA.

According to accounts, Eithne suffered constant harassment from the RIC and Black n’ Tans – having her house wrecked a number of times while living in Roscommon.

She was arrested in 1921 and got 3 years penal servitude for helping IRA members. On the 31st of October 1921 Eithne, Mary Burke and Aileen Keogh escaped from prison with the help of a number of warders who were obviously republican minded, and escaped in waiting cars organised by fellow republicans. They were then driven to an IRA training camp in County Carlow where Eithne remained until the war of independence truce on 11th July 1921.

Having taken the anti-treaty side after the signing of the treaty she was frequently arrested by pro-treaty forces (former comrades) but was released each time without charge. In 1922 the provisional government decided to put more pressure on Cumann na mBan rebels and Eithne was the first to be arrested and held in Ballyshannon. She went on hunger strike for seven days because of the lack of a female prison guard. She was then held in Buncrana Barracks for a fortnight before being taken to Mountjoy prison where it was overcrowded with other Cumann na mBan members. The conditions in Mountjoy were described as “so bad that if animals were held in the same conditions, it would be classed as cruelty”.

Eithne was one of twenty women prisoners who escaped on the 7th May 1923 but was recaptured the following day.

In 1935, Eithne married prominent IRA volunteer and Donegal man Bernard O’Donnell. They had two children, a son and daughter who both went into the religious orders serving as a Nun and a priest.

The Donegal Sinn Féin branch said she deserves to be remembered “with pride” and “it’s a pity that her legacy has been ignored and overlooked for so long by this state for which she did so much to bring into being”.

“These years of remembrance should give us time to reflect on the contribution that many ordinary people in every parish in the country made so that we could live and participate in the concept of a free democratically elected Dail Eireann rather than being under British rule.”

“It may be over a hundred years since the beginning of her involvement in the republican struggle for independence, and thirty-seven years since her death in 1985, but at least now, she is going to get the recognition she deserves in the townland of her birth, in what is a public space that excludes no-one.”

All are welcome to attend the plaque unveiling. A special mention will be made for the landowners and sponsor of this first for the parish of Cloich Ceann Faola.