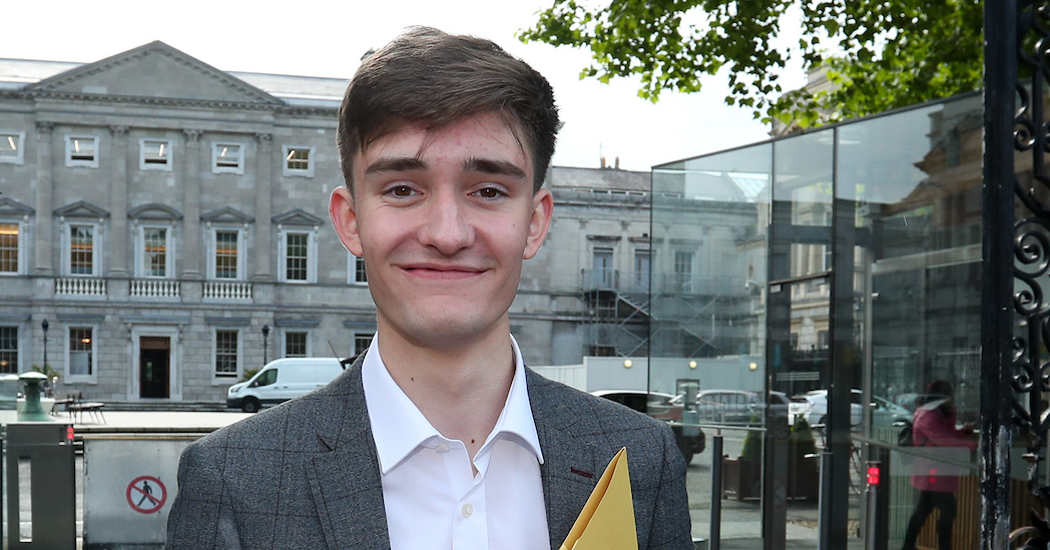 A Donegal teenager has called on the Seanad to seek major changes to improve rural transport.

Finlay Thomson from Belcruit was one of the young people from Foróige to get the opportunity to present their perspectives on the climate crisis directly to policy-makers at the Joint Oireachtas Committee on Environment and Climate Action last Friday.

The 17-year-old spoke on his personal experience of rural transport stating “Things like student Leap cards and student cards on trains and buses as incentives for young people to use public transport at cheaper rates are fantastic initiatives, but they are completely ineffective in rural Ireland.”

His statement was entitled: Rural Transport, The Long Way Round.

He explained: “When booking a train to come back from Dublin to Sligo, I was told by my friend to remember to use my student card on the train. I had to actually ask them to explain what a student card was. It highlighted to me that, because my friend was somebody who could use public transport a lot, the incentive of a cheaper ticket was much higher compared to me using a public train in Ireland for the first time. Recently fares have been reduced for the first time in 75 years. This is amazing, but we can’t wait another 75 years for major change.”

Seán Campbell, CEO of Foróige commented: “Everyday I’m inspired by young people’s relentless dedication to tackling the most pressing issues facing our planet and by the strong leadership they show in this area. Today is just recognition of this leadership.

“I’m grateful to the Joint Oireachtas Committee on the Environment and Climate Action, chaired by Brian Leddin T.D. for opening their doors and facilitating this important dialogue and to the Cathaoirleach of Seanad Éireann, Senator Mark Daly, for hosting the meeting in the Seanad Chamber.  Let’s hope that today’s meeting is the beginning of a new era of youth participation within the walls and halls of the Oireachtas.”