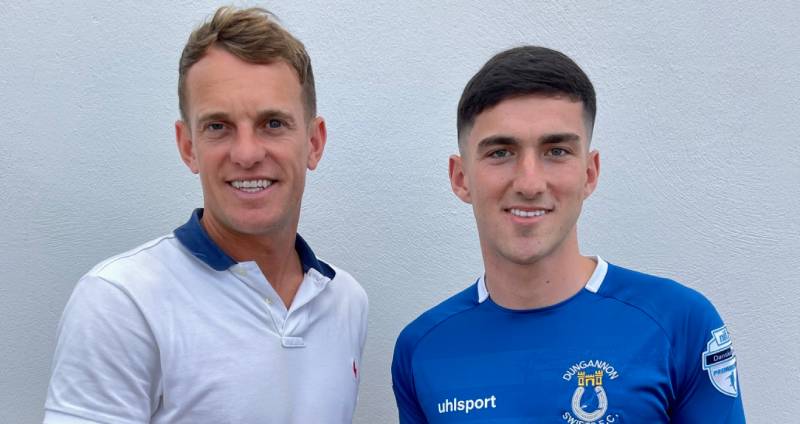 Brendan Barr has signed for Dungannon Swifts on loan from Derry City.

The Newtowncunningham man joins up with the Stangmore Park outfit as they gear up for the 2022/23 NIFL Premiership season.

The 21-year-old spent last season on loan at Ballymena United, making 29 league appearances, having already made 8 appearances for Derry.

Barr, who began his career at Finn Harps before switching allegiances to Derry at 17 is looking forward to the season ahead under the management of former Derry City, Hibernian and Rangers player Dean Shiels, and former Finn Harps player-manager Anthony Gorman.

Barr said: “I’m really looking forward to get working with Dean and Anthony. I know l’m going to enjoy playing my football here at Stangmore Park. I want to do my best to play my part in helping the Club climb up the table and keep moving in the right direction.”

Dungannon manager Shiels was glad to get Barr on board, saying: “I’m delighted to sign Brendan, he’s a player who had a really good season for Ballymena last year. There was a lot of interest in him, in this window. I’m delighted he has chosen to come to us because he had a lot of options.

Dungannon and Donegal have had history recently, with both Marc Walsh and Keith Cowan featuring for the club.