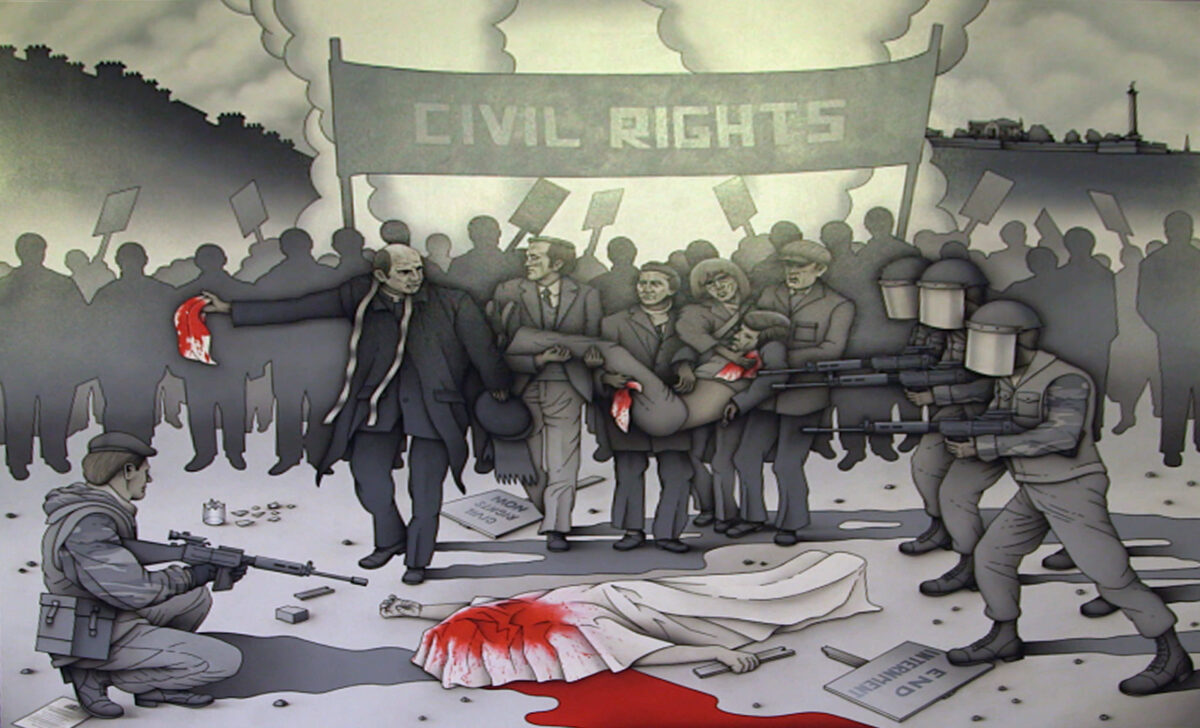 A musical commemoration of the 50th anniversary of Derry’s Bloody Sunday will air on TG4 this week.

On 30th January 1972, thousands of Derry men and women left their homes and took to the streets of their native city to campaign for their most basic civil rights in a march against internment without trial. This resulted in fourteen men being killed by British soldiers and seventeen more injured, on a day that would become known as Bloody Sunday; and one which has left its mark on Derry, and the rest of Ireland, forever.

This year sees the city hosting a series of events to commemorate the 50th anniversary of Bloody Sunday. In Macallaí Dhomhnach na Fola we join the people of Derry as they remember their loved ones through music, song, theatre shows and art exhibitions. The documentary features emotional interviews with some of those who witnessed the tragedy first hand or lost loved ones, as well as performances from some of Ireland’s most talented musicians including Damien Dempsey, Reevah, Barry Kerr and Pauline Scanlon.

Writer and activist Eamonn McCann and Tony Doherty from the Bloody Sunday Trust recount their experiences of the tragedy and the lasting impact it has had on them personally. They explain the broader sequence and significance of events that unfolded in years preceding Bloody Sunday and the long search for truth by the Justice Campaign. Bishop Dónal Mc Keown reflects on how Bloody Sunday has impacted on the community in Derry across the generations and musicians such as Phil Coulter and Damien Dempsey explain what performing for this important anniversary means to them.

With performances from some of Ireland’s most respected musicians, as well as emerging local talent, the programme will also showcase some of the commemorative events being held across the city. This includes a special afternoon held in the Millennium Forum in January 2022, at the exact time the shootings began 50 years previously, which features Phil Coulter, Bronagh Gallagher, Jamie-Lee O’Donnell and Adrian Dunbar as well as the Colmcille Ladies Choir.

Macallaí Dhomhnach na Fola will be broadcast on Wednesday 15th June 2022, a date to coincide with the anniversary of the publishing of the Saville Inquiry. On this day in 2010, the Bloody Sunday victims were finally vindicated, leading to an apology from Prime Minister David Cameron on behalf of the British Government, admitting the killings were ‘unjustified and unjustifiable.’