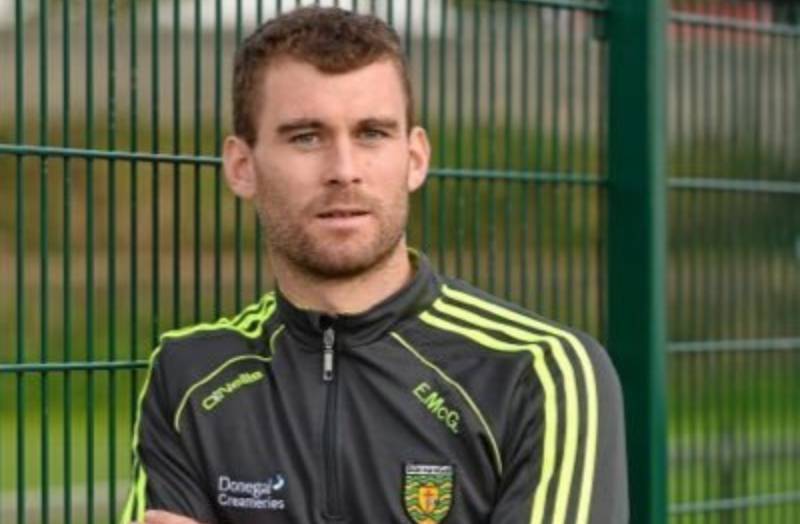 Former All-Ireland winner Eamon McGee believes Donegal have had Armagh’s number in recent years and will continue continue that form on Sunday when the sides meet again.

After Armagh ended any hopes of Tyrone winning back-to-back All Ireland titles with a six point win in an all Ulster clash on Sunday, Kieran McGeeney’s side were, almost unsurprisingly, drawn against Donegal again in round 2 of the qualifiers.

Donegal have done the double over Armagh so far this year, firstly with a 1-point league win in O’Donnell Park, when Paddy McBrearty’s late point secured Division 1 survival for Donegal.

They then followed this up with the surprisingly easy Ulster quarter-final win in Ballybofey, but McGee thinks it’ll be a tougher test for Donegal this Sunday at Clones.

The Gaoth Dobhair man was impressed with Armagh’s more offensive display against Tyrone last Sunday, when The Orchard County won comfortably at the Athletic Grounds.

“It’s always been a physical battle (against Armagh) and that’s why I was kind of surprised at the game at MacCumhaill Park in the first Championship game, we didn’t really see that, we didn’t see much of an edge from Armagh.

“You’d imagine they’ll go a bit closer to what they were against Tyrone in terms of the attacking side of it.

“At the end of the league they started to go a wee bit more defensive, maybe with Donegal in mind but they opened up a bit against Tyrone so I’d say it’ll be much closer to that and the start of the league (style of play).”

With Donegal coming off the back of a tough final loss and Armagh having a positive result last time out, McGee believes there can be a bit of a psychological impact but Donegal will have to dust themselves off and go again on Sunday.

“They had the chance to bury Donegal at O’Donnell Park and they had a chance to put them out of the Championship and they fell flat.

“But they managed to pick themselves up again and Donegal would have been expecting to take the Ulster title and they fell flat the last day.

“Armagh have had that extra game that Donegal probably need to get to the level but the boys will be alright.

“It’ll not come down to want or desire on the Donegal side, I think it’ll go down to how Donegal go about playing.”

While the three-time Ulster champion is still siding with his home county for the crunch game, he pinpointed the various threats Donegal will have to nullify to get through.

McGee noted: “Rian O’Neill has been marked well this year and hasn’t really got going but he’s the danger. A player of his calibre will always threaten to explode so you’ve got to keep an eye on him.

“Stefan Campbell is a confidence player and he’s on form after a brilliant game against Tyrone and of course (Rory) Grugan, so there’s a lot of people Donegal need to keep an eye on.

“I’ve always went with Donegal for any game I’ve been asked about this year so I’m not going to change that now.

“Donegal have had the number over Armagh over the last few years and they beat them in the league when Donegal weren’t going that well and I think it’ll continue this weekend.”

Throw-in at Clones is 4pm on Sunday, with the game live on RTÉ2.