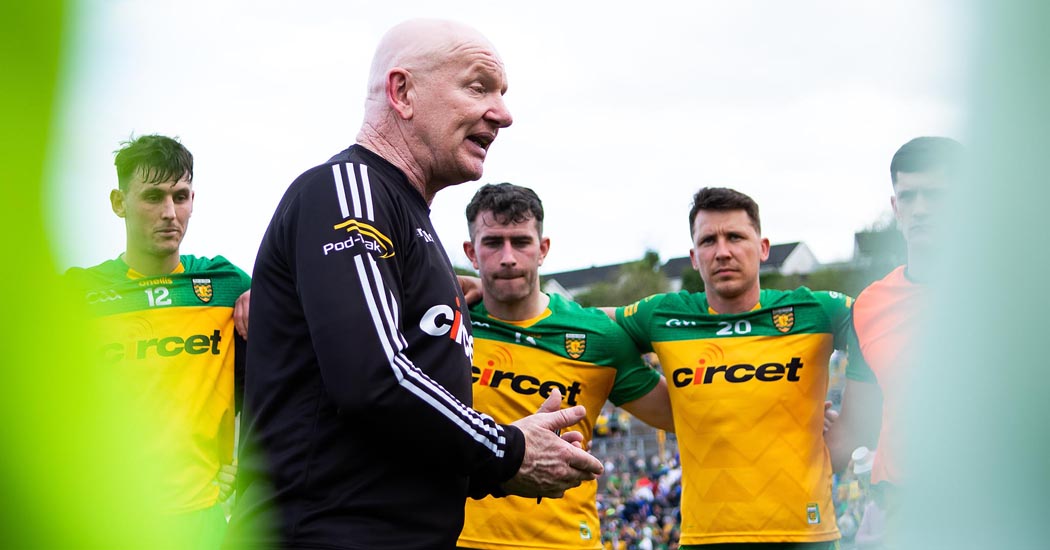 Declan Bonner is looking for his side to right a few wrongs from the Ulster final defeat to Derry and believes all that matters is being in the All-Ireland quarter-final draw on Monday.

Donegal take on Armagh tomorrow in Clones in the second qualifying round for the All-Ireland Championship with throw-in for the game at 4pm, with the game live on RTÉ2

Having defeated Armagh twice already this year, Bonner could almost sense that Donegal would be drawn against the winners of the Armagh and Tyrone game and inevitably, it turned out to be the Orchard County once again.

“I watched the match last Sunday and I was thinking, yeah it’ll probably be the winners of Armagh and Tyrone we’ll be drawn with on Monday morning,” Bonner said. “It’s the third time in a couple of months so both teams know each other really well.”

Having suffered an extra time defeat in the Ulster final, Bonner described it as a ‘difficult one to take’ for the but he’s not allowing heads to drop and there’s only one goal for Sunday.

“We can’t go about feeling sorry for ourselves, we’ve got to get back at it and right a few wrongs and get the result and that’s all that matters.

“We know it’s going to be a huge challenge but our goal is to be in that draw on Monday morning.”

Listen to the full interview below: