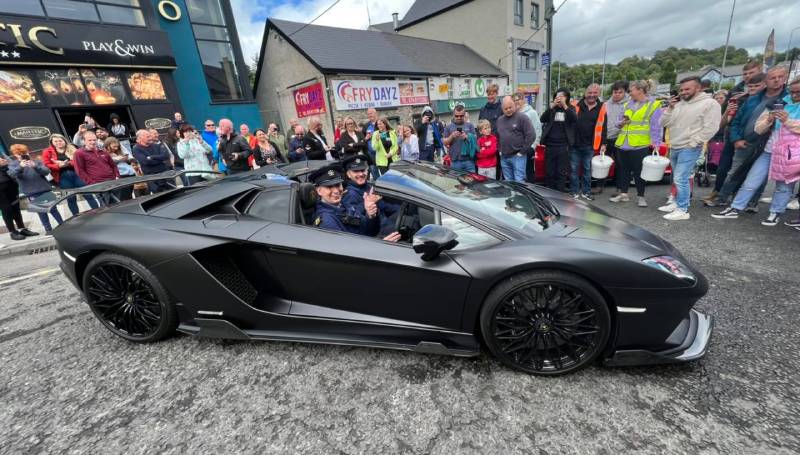 Another successful event as The Bear Run 74 takes over Letterkenny!

As part of the launch of the Donegal International Rally’s 50th anniversary, supercars took over the Port Road in Letterkenny for The Bear Run 74.

With over 40 cars on show, ranging from American Muscle cars to Supercars and Classics all in aid of the Donegal Hospice & the friends of Letterkenny Hospital.

Crowds were attracted to the Port Road outside Sister Sara’s to see all the cars, and even the Gardaí couldn’t help themselves join in on the action!

Keith Gamble from Lifford has been organising these events in memory of his late father but also to raise much needed funds for charity.

The name of the event comes from Keith, whose nickname is the Bear, and the 74 is for the age of his father Joe Gamble, who passed away from cancer last year.

The most recent event was on the May Bank Holiday weekend and took place across Donegal from Lifford to Downings and into Letterkenny, showcasing some brilliant supercars.

Another successful event as The Bear Run 74 takes over Letterkenny! was last modified: June 13th, 2022 by Dáire Bonnar
Facebook0Tweet0LinkedIn0Print0