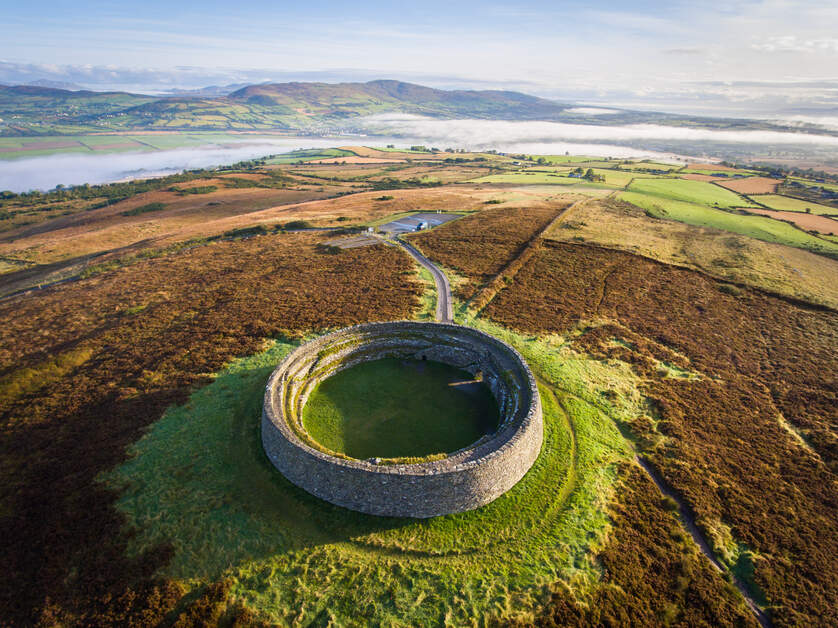 ‘Romeo’ to pay €150 donation after romantic rendezvous during lockdown

A romantic couple have been fined €150 after meeting at one of Donegal’s most iconic cultural sites during Covid lockdown.

The couple had gone for a drive to An Grianán of Aileach ringfort at Burt which overlooks the Inishowen Peninsula during Level 5 restrictions in February, 2021.

However, they were disturbed by Gardai during their romantic encounter at 2.30am.

One half of the couple, 27-year-old Jamie McLaughlin appeared at Buncrana District Court where he was charged with breaching the restrictions.

Mr McLaughlin said he and his then girlfriend had been out for a walk when approached by Gardai.

He claimed he did not know that such heavy restrictions were in place.

His solicitor, Mr Ciaran Mac Lochlainn admitted “He drove to An Grianán fort and there might have been more than a walk involved.

The couple were left surprised when Gardai approached their car in such a remote location at such a late hour, the court was told.

McLaughlin, of The Meadows in Derry, is a chef and a father-of-one, the court was told.