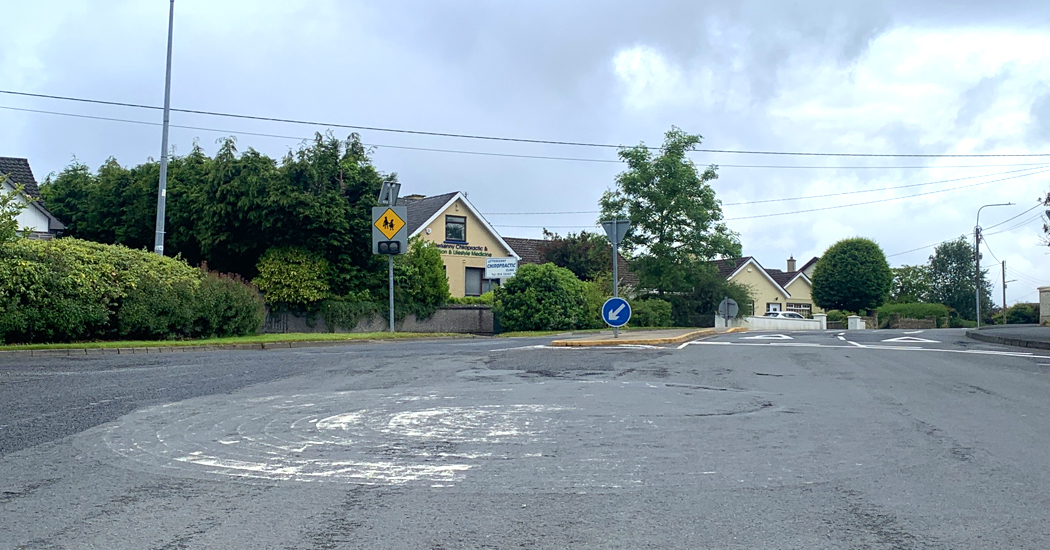 The Letterkenny-Milford Municipal District has been urged to repaint the faded Glencar Roundabout as soon as possible this summer.

The roundabout at the junction on Glencar road is “nearly non existing”, Cllr Donal ‘Mandy Kelly said, and it is becoming a real safety concern for road users.

He asked the Letterkenny Roads Section to carry out works as a matter of priority ahead of the tourist season.

Cllr Kelly reminded the council that the area is set to be even busier this weekend with the Donegal International Rally.

He said: “We are coming into this weekend, the town is going to be hectic and you will have a lot of people using this junction that are not familiar with the layout.”

Cllr Kelly acknowledged that it would be a “big ask” to get the roundabout repainted before the weekend, but requested that something is done this summer.

In response, David McIlwaine, Executive Engineer, said he could not see the council being able to do works before this weekend.

“If anything is rushed, it would cause more problems than it would solve,” he said, adding that some surface issues are also due to be addressed.

The council is currently making arrangements to have works carried out on the roundabout “as soon as is practical”.