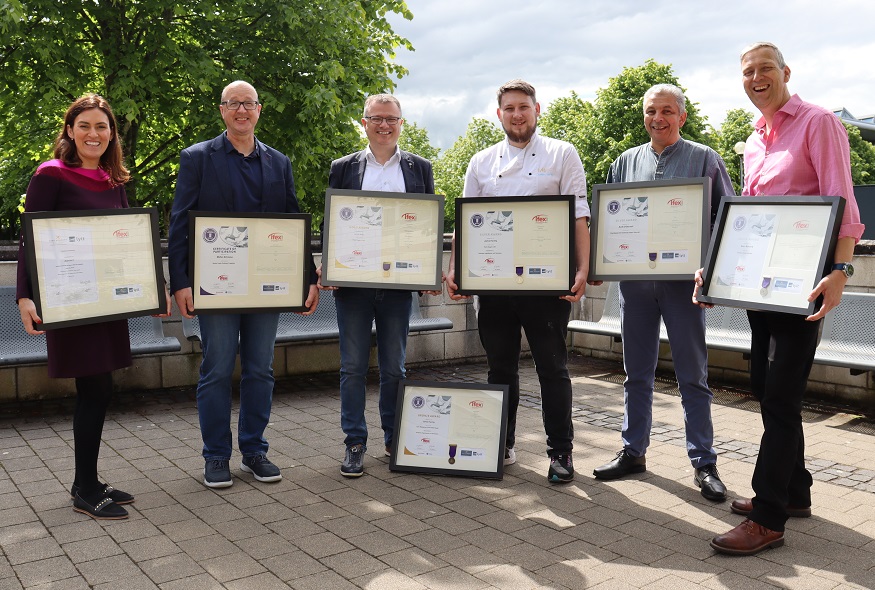 Students and academic mentors from ATU Donegal, Killybegs, were victorious at Salon Culinaire at IFex 2022, Northern Ireland’s largest and most prestigious chef competition with hundreds of chefs competing during the three days.

There was a variety of junior, student, senior competitions and ATU Donegal, Killybegs was proud to receive nine awards across a number of classes.

Jamie Herrity, a third-year student in Culinary Arts at ATU Donegal, Killybegs, originally from Sligo, currently working at Thyme Out Café in Letterkenny, was awarded a silver medal in the Edible Art competition, as well as a bronze medal in cold plated sweet/dessert. Jamie spent over 100 hours in preparation for these two competitions, refining the technical aspects of his sugar craft.

Speaking about Jamie’s awards, his mentor, Karl McNulty, Lecturer at ATU Donegal, Killybegs said “Jamie and I started preparing for this competition in early February. Sugar craft is an art in its own right, and requires a certain level of finesse and perfection, which Jamie really excelled in. I am thrilled for Jamie that he got his just award.”

In addition to this, Karl himself swooped a gold award in the senior competition of floral sugar craft. As well as mentoring Jamie for the competitions, Karl felt empowered to enter the competition himself, which is testament to his own approach to continuous professional development. 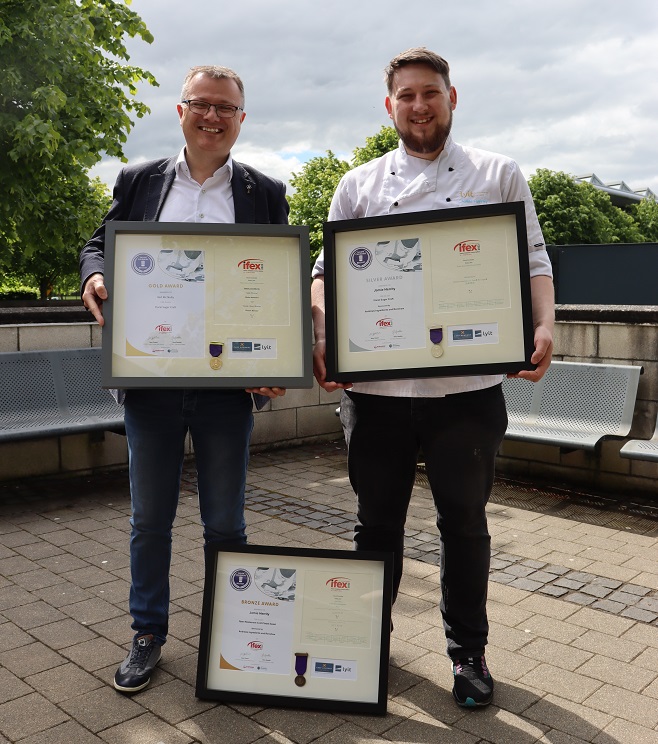 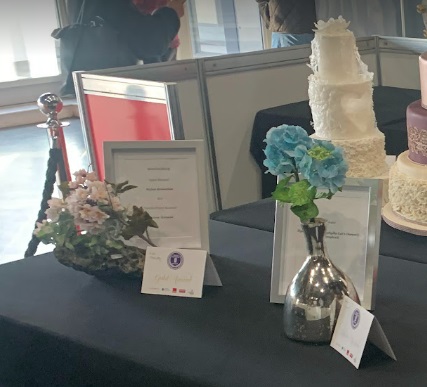 Aoife O’Donnell from Dungloe in Co Donegal also excelled when on center stage. She is a second year Culinary Arts student and won a silver award in the Plant Based Chef Challenge. Aoife truly pushed the boundaries by playing on the senses with her very tasty dish. Speaking about her win, Aoife indicated “Tim Dewhirst, my academic mentor at ATU Donegal, Killybegs, really forced me to push the boundaries in terms of my menu design. Tim and I spent several weeks doing extra work outside of our normal college hours and I am very grateful to him for his time”. Aoife has proven that hard work really pays off. 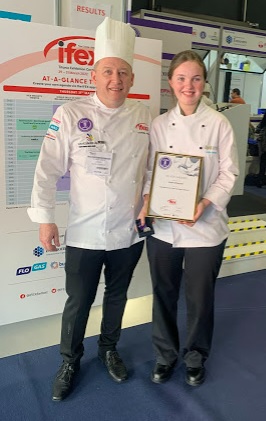 Aoife O’Donnell receiving her silver award from a representative judget in the Plant Based Chef category at Salon Culinaire at IFEX Belfast.

In the Junior Chicken Category, Sean Bovaird, also from Donegal, took silver as well as students from the Higher Certificate in Culinary Arts, Maher Almousa and Baraa Zairabani obtained three certificates of merit and a certificate of participation in the Senior Duck and Senior Lamb category. Again, their mentors, Eddie McMenanim and Jonathan Sultan, culinary lectures at ATU Donegal, Killybegs worked tirelessly with the students to make sure they were prepared and ready for the competition.

Speaking of the tremendous win of all individuals, Nicola Dunnion, Head of Department, congratulated each participant, including those on this occasion did not obtain awards. She noted “this was a tremendous team effort by students, lecturers, technicians and support staff. It is fantastic to see our students being brave and putting themselves on stage, and willing to be critiqued on their skills. This can only aid them in their journey in becoming the best chefs they possibly can be.”

If you would like to become part of this journey, ATU Donegal, Killybegs is currently recruiting for several programmes for individuals currently in employment:

For further information contact on any of these programme Donna Mulligan, 074 918 6613 or email donna.mulligan@atu.ie