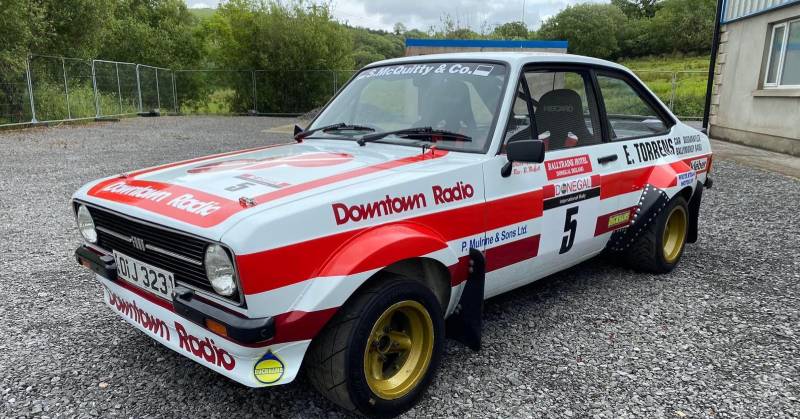 The style council is back in town. It’s been a long time, three years with lockdown.

I saw them all doing their shopping last Sunday so they wouldn’t get caught up in the massive traffic jams the rally will bring to Donegal this weekend.

Ralph Lauren, Calvin Klein and Stella McCartney, how are you! It’s names more like Cathal Sheridan and Gary McEvoy who are the big names in fashion this weekend.

They make rally wear for rally fans uniforms for the hospitality and retail outlet.  We caught up with both this week at their fashion houses C&M embroidery, and Autofashion.

Speaking to Cathal Sheridan, who have the longest established embroidery business, have been producing motorsport merchandise for years. Their business is now more focused on the contracts with the business section supplying uniforms for well turned out staff in retail and hospitality and are very busy getting staff kitted out for the weekend of the rally. 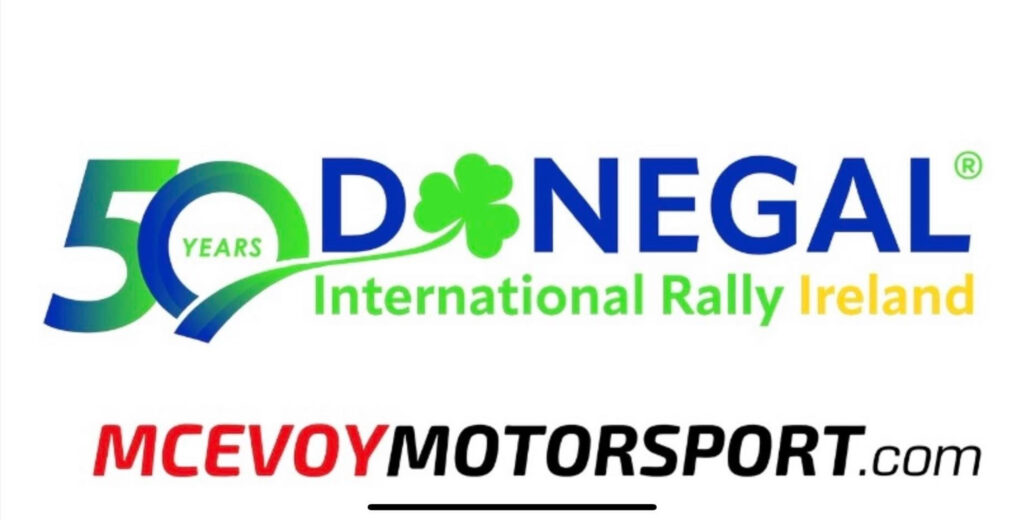 Gary Mc Evoy getting ready for the Donegal 50th rally.

Gary, a singer by profession but it’s a different ‘singer’ -a sewing machine thats now making the music. He started a merchandising business 15 years ago. Coming out of lockdown, Gary didn’t know what to expect when he headed to his first rally, the Cork 20, last year on the other side of the country.

Gary said: “The service area was even out of bounds for spectators so we set up along the road side and I couldn’t believe the response.

“We sold out the Cork 20 rally merchandise and it has never stopped.

“The amount of thread we have used sewing the names of all the major rallies in Ireland is non-stop since the lockdown has been lifted.”

It was the old Dunlop rally hats that I first remember seeing everyone wearing, an early picture of Hugh Tinney reminded me of them this week, then it was all rally jackets. 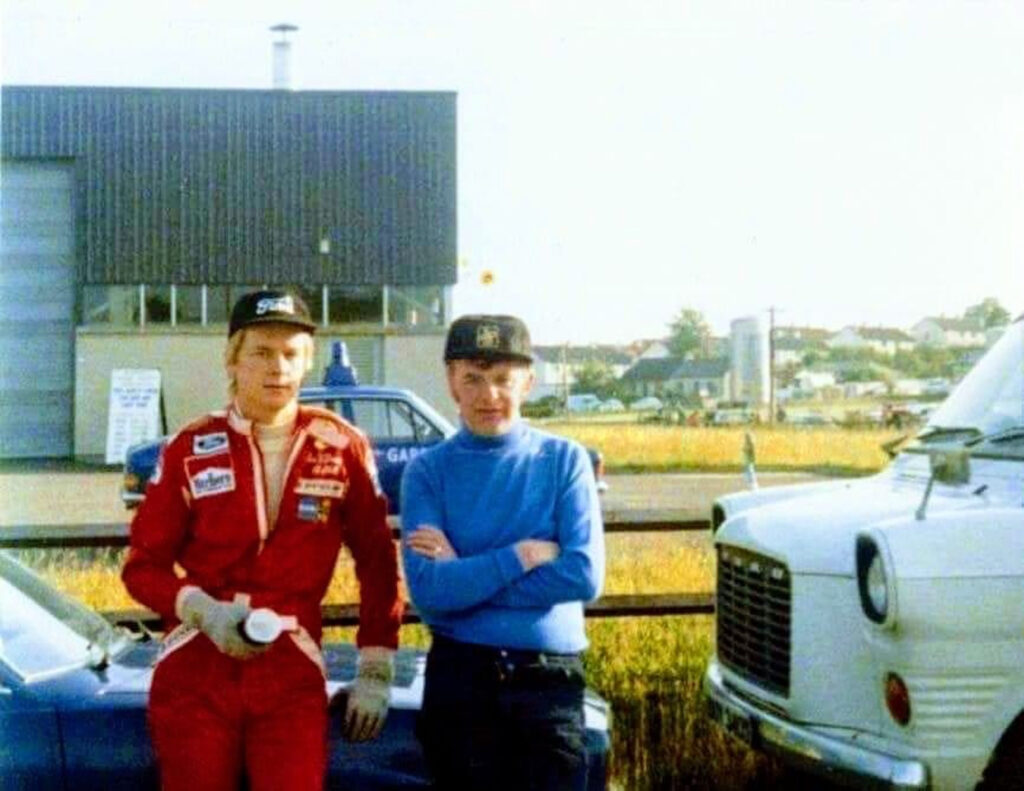 Andy Hegarty and Ari Vatenan in 1978 sporting to rally hats at the rally.

I first knew my rally jacket was getting the wrong attention when a sports scribe once came up with a different version of what the word Lombard RAC stood for: Lots-of-money-but-a-real-d*ck! O how we laughed! 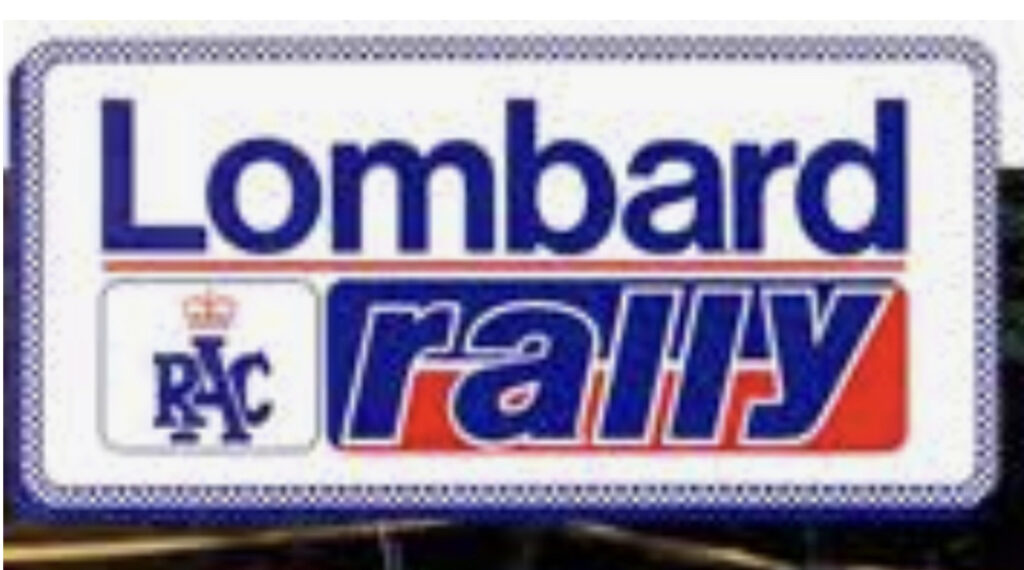 His needle was a different one, one to poke fun at a sport that he had no time for or anyone that supported it, I was reminded of this by a similar story about a passenger on a bus journey who got into a conversation with the person sitting beside him.

It was the run up to the rally weekend, finding out that the person sitting beside him was a member of the Gardaí and felt that he would share his view on his dislike of rallying and couldn’t see the point of people wearing these very loud rally jackets, in particular the big yellow Benson and Hedges jacket.

When the two passengers arrived at there destinations my friend got the fear of his life when the off duty Garda went to reach up into the overhead locker and pulled down his jacket, yes you’ve guessed it; a big yellow Benson and Hedges Jacket and as he put it on, the Garda explained that the jacket wasn’t in fact a rally jacket but it was a Formula 1 jacket supporting  Irelands only Formula One racing team – owned by Eddie Jordan.

Then there was the rally jumper, how could you ever forget them, everyone was wearing them, even the sports presenters like George Hamilton could be seen in the very classy cream round neck jumpers with the blue and gold strip across the chest. Then it was all Subaru, Subaru, Subaru. 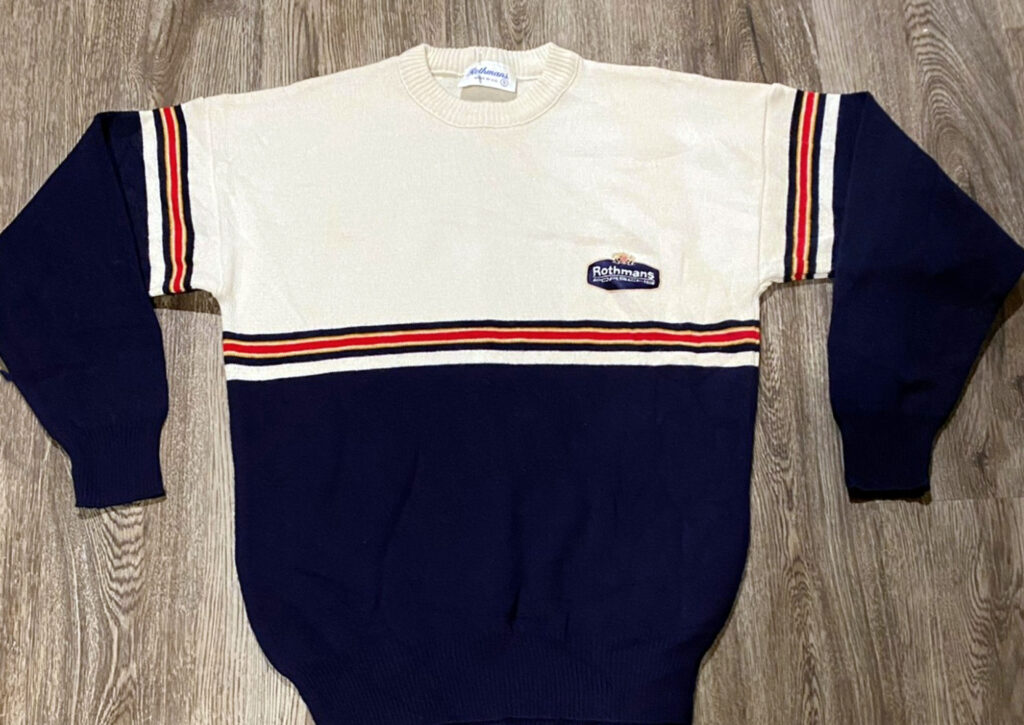 One of my sons started wearing a Subaru Jacket and never took it off.

I remember one of his cousins passing him on their old bicycle, which me and his older brother sanded down and sprayed Subaru Blue for him.

Gary McEvoy thinks that  trends have moved on a good bit, where demand was for WRC rally merchandise in years gone by, it’s now local teams, local rallies and local companies that want to promote rallying are the names that people are looking for.

Everyone wants to be part of a team, polo shirts were once the big thing especially in Donegal in the heat of a summer day in June, then it was the fleece jacket, with a hood then without a hood , now this year the big thing is the puffed padded rally jacket.

These are not only worn to rally events, you’ll see one at mass and everywhere looking very stylish in their rally jacket of choice.

With Donegal in its 50th year, a connoisseur of rally jackets like myself will be on the lookout for old classic jackets and jumpers and motor club blazers and ties retrieved from the back of the wardrobe and giving them a run out over the weekend.

They’re not only about the rally, they’re about time spent in the company of great friends; some no longer with us.  The old Castrol jacket was a big one. I see the Welsh driver Meirion Evans’ car might bring them memories back in his VW Polo this weekend with its castor colours.

On Sunday afternoon I met two people that I have got to know over these last few years: Donegal Double winner John Lyons and his wife Wendy. 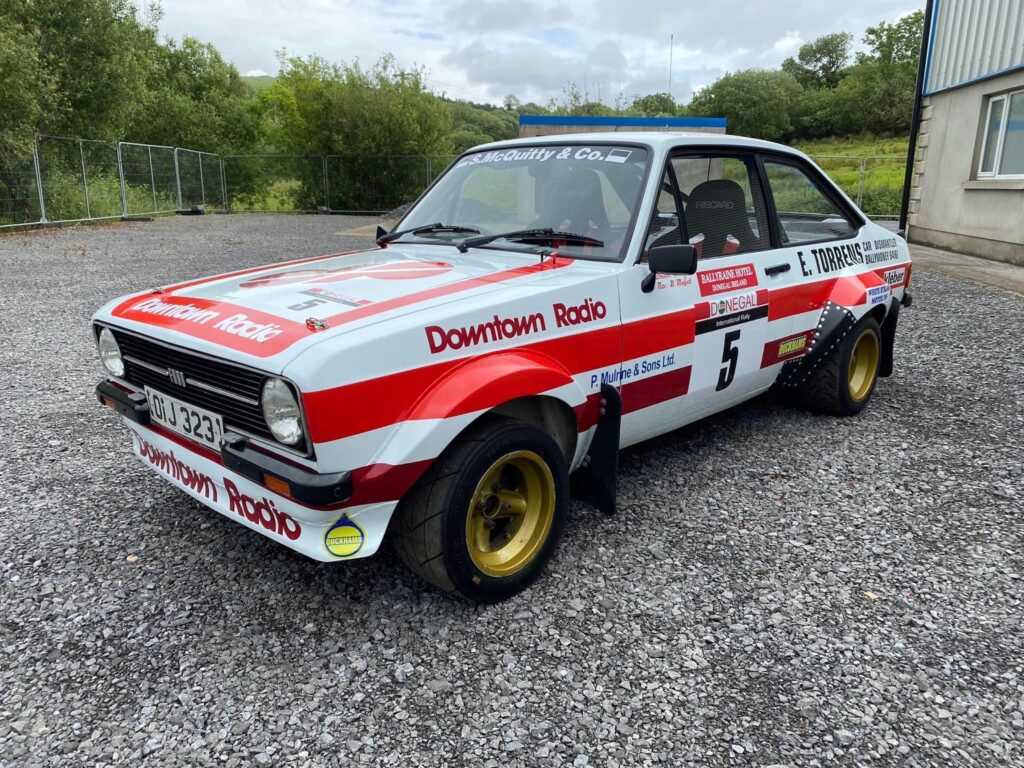 John Lyons old escort back to its original colours from its first win in 1981.

They both had the original Downtown Primark rally jackets on from 40 years ago when the Castlederg Bank official (as he was always described) won the Donegal back to back in 1981 and 1982 in his Ford RS 1800. 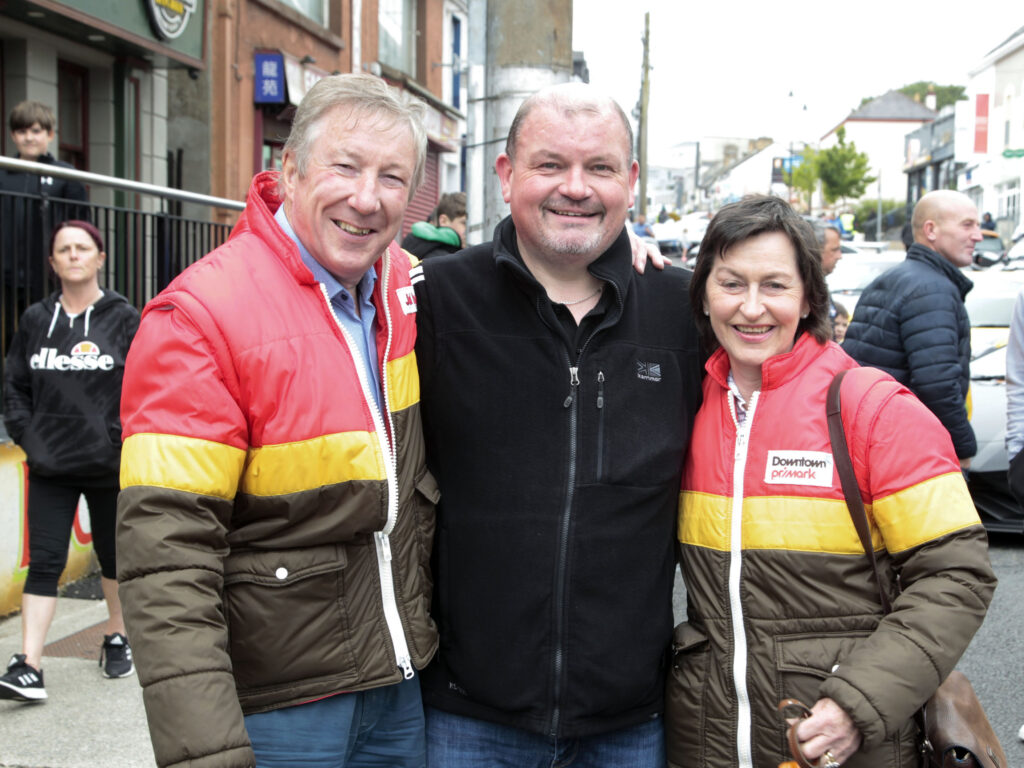 This car will also will be back on the stages on Sunday for a special run around the Atlantic Drive and Glen. For me this is the Donegal Rally, it’s here it happens in June in Donegal.

The trusty rally jacket or rally shirt is our history in Donegal as fans, competitors and organisers of the best and biggest rallying event in Ireland.

It’s far from perfect, but it’s here on our door step, wear your rally jacket with pride as we get back to a bit of normality in Donegal.