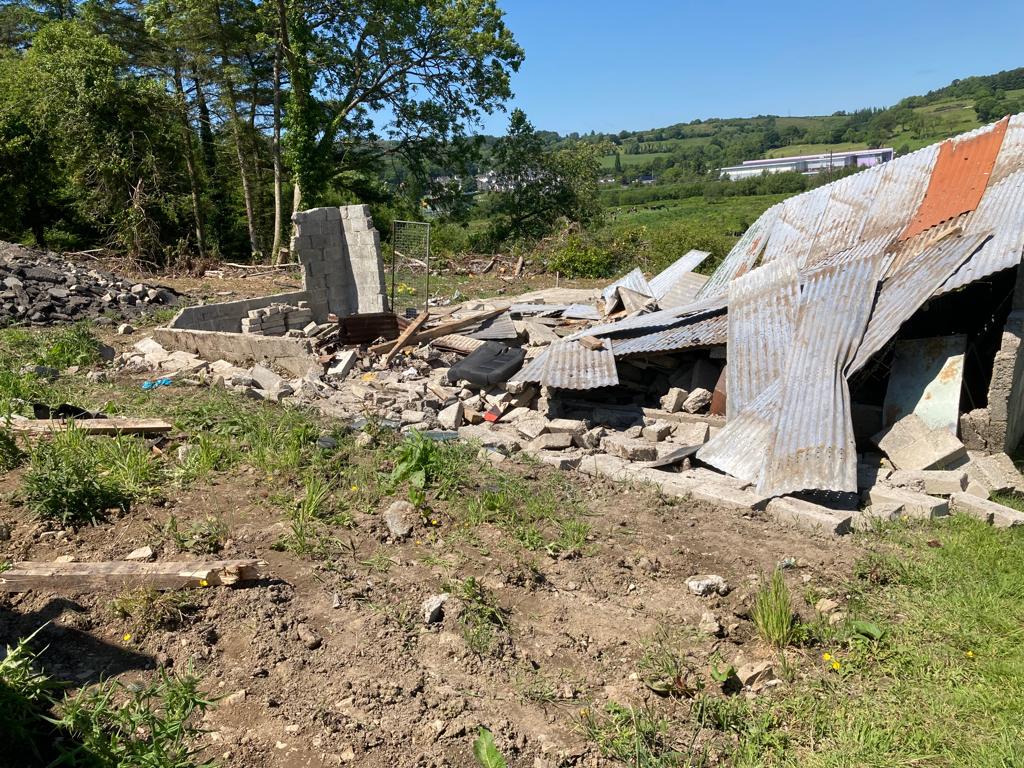 A Letterkenny family living on a dangerous corner has been forced to endure constant crashes in front of their home, the council has heard.

A shocking fifteen incidents have occurred in the garden of the Meehan’s home, which sits on the roadside at a sharp bend at Crievesmith in the past 22 years.

Another accident on the June Bank Holiday weekend saw a car ploughing into the garden and completely demolishing a concrete shed.

“Had the shed not been there, it’s hard to see how the car would be stopped before it went into the house,” Cllr Jimmy Kavanagh told the Letterkenny-Milford MD on Tuesday.

Cllr Kavanagh added that one of the family’s cars was also badly damaged by rubble from the shed.

He said the fifteen crash incidents since 2000 are not counting the number of times the wall outside the home was hit. 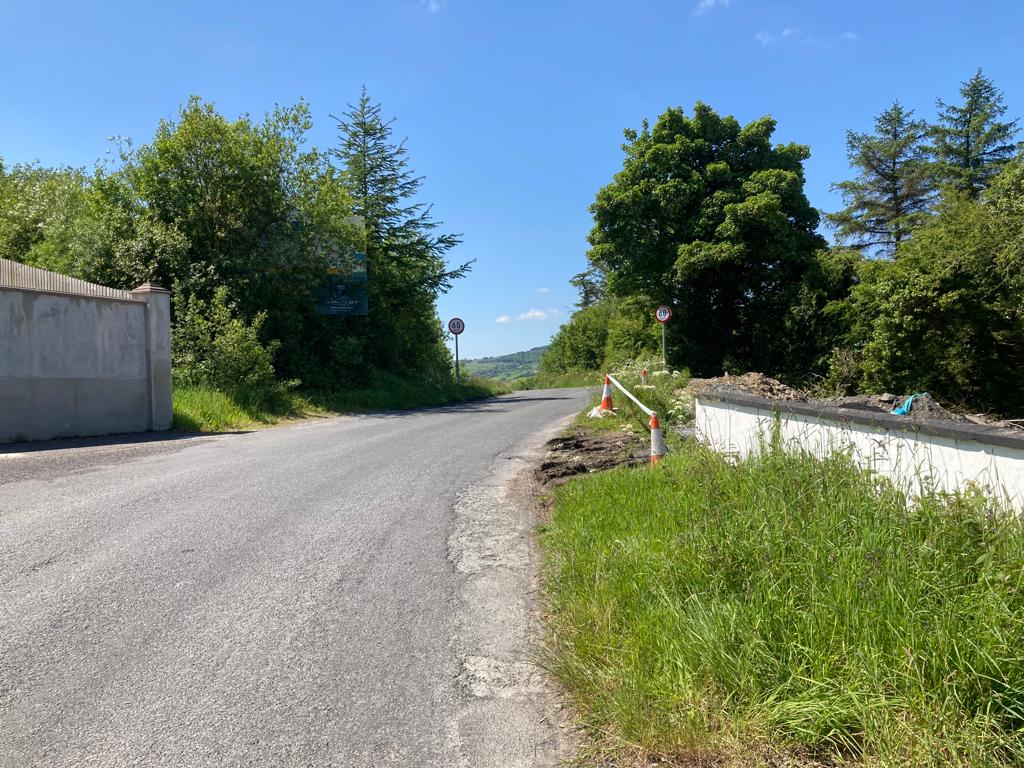 The Meehan’s Home is in an accident blackspot in Crievesmith 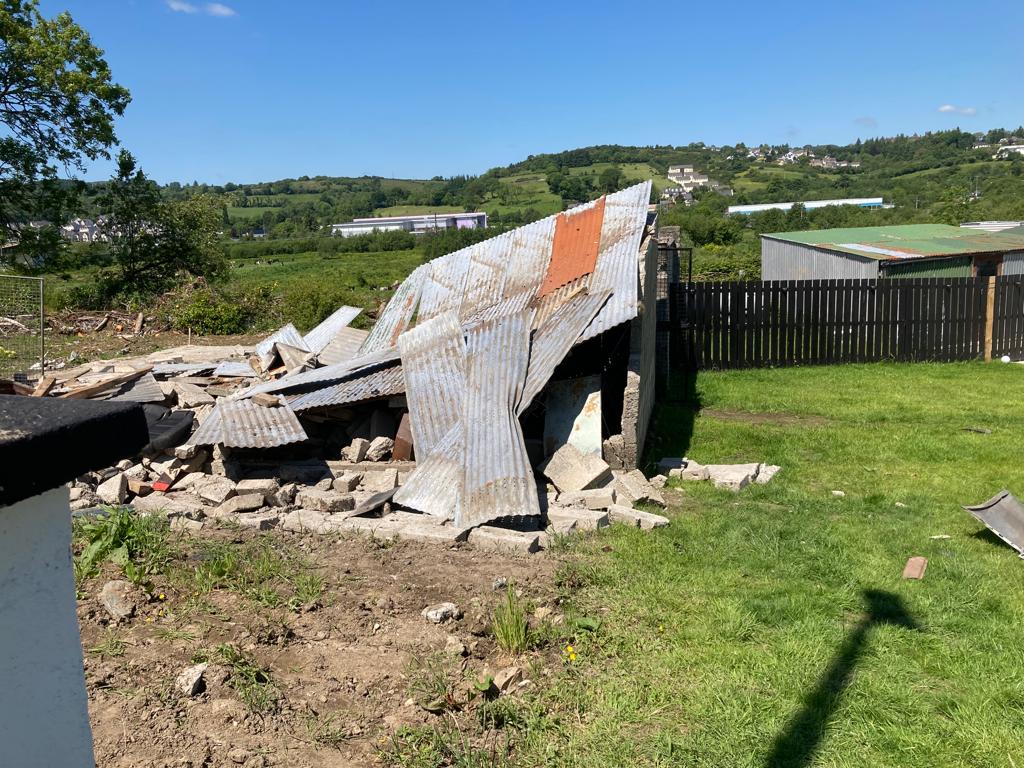 Shed destroyed in the most recent crash at the Meehan’s 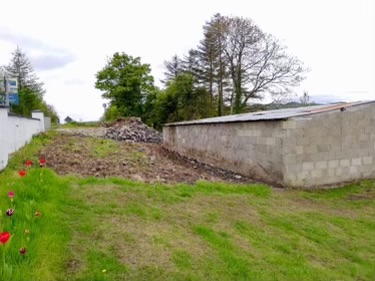 The shed before the accident

“I don’t know any other family that would put up what they put up with over these years,” Cllr Kavanagh said.

The family are at a stage where they can’t sleep at night, he said, as he called on the council to have a meeting with the Meehans to work on a safer solution and also to discuss water issues. Cllr Kavanagh said the family are more than willing to negotiate giving a piece of land to the council for safety measures.

In response, David McIlwaine, Executive Engineer, said the council is aware of the issue and would have no problem meeting the affected family.

Cllr Michael McBride took the opportunity to raise another matter alongside Cllr Kavanagh’s motion on Tuesday. With works underway on a new footpath at Crievesmith, Cllr McBride pointed out that a pole is sitting around 3ft out in the road.

“That’s another accident waiting to happen,” the council heard.

Cllr McBride was told that ESB Networks are going through a process to get the pole removed.