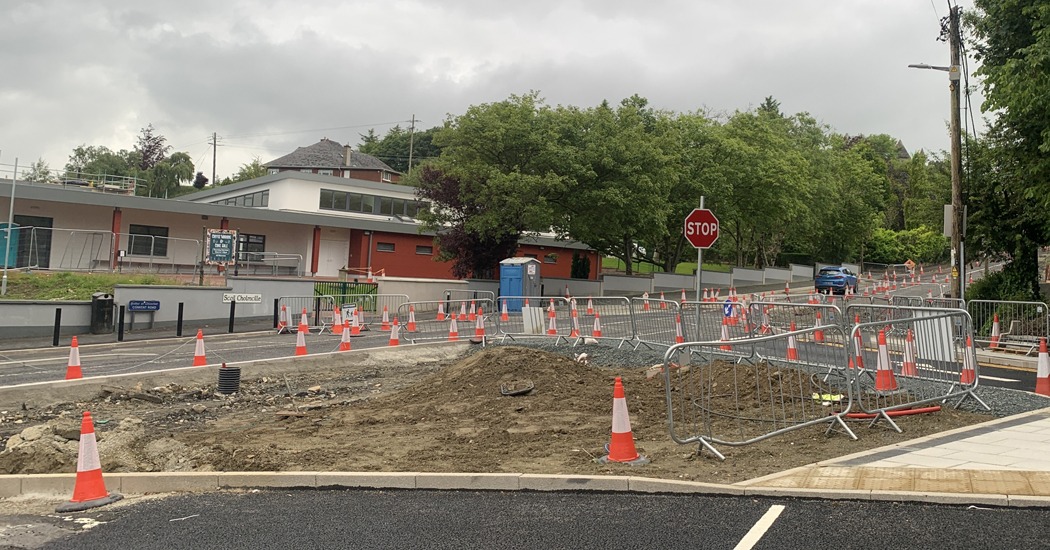 Works on the one-way system around Letterkenny Cathedral are scheduled to be completed by 22nd of
September 2022, according to reports.

The Letterkenny roads section of Donegal County Council has confirmed that works are progressing well. The project is now nine weeks into a 20-week contract.

The scheme aims to alleviate traffic congestion in the area and create on-street parking for the various schools in the area (one of the main causes of congestion). 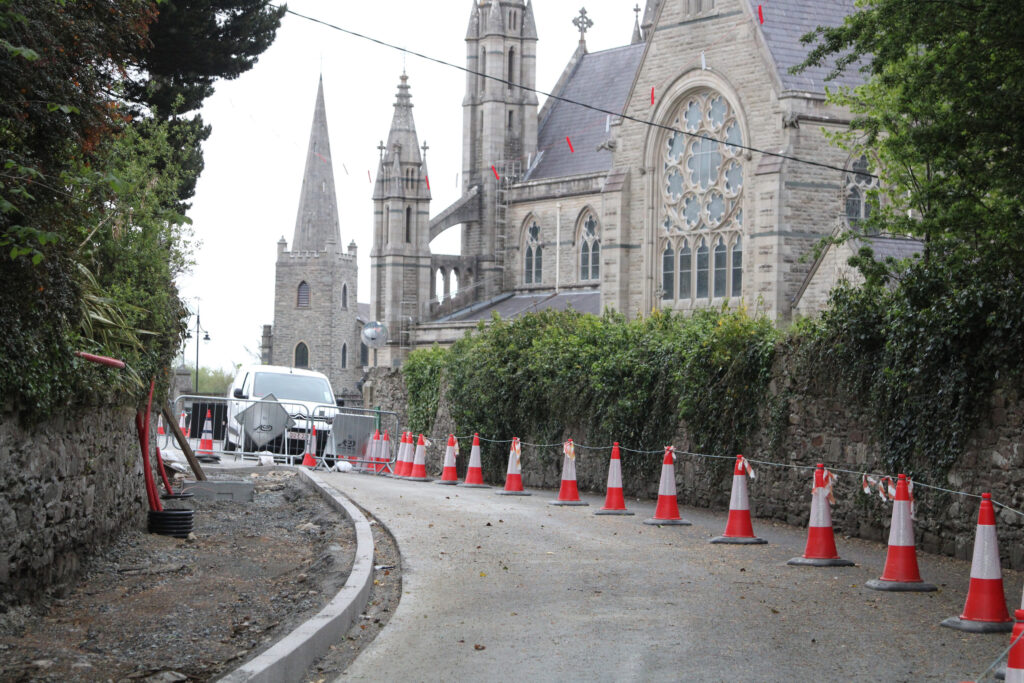 Cathedral Road which has been made narrower to accommodate the footpath and the new oneway system. Photo Brian McDaid.

An update was given to Councillors of the Letterkenny-Milford MD on Tuesday. Commenting at the meeting, Cllr Ciaran Brogan asked that the local authority would review the position of a pole in the footpath in front of the parochial house and the Old Boys School.