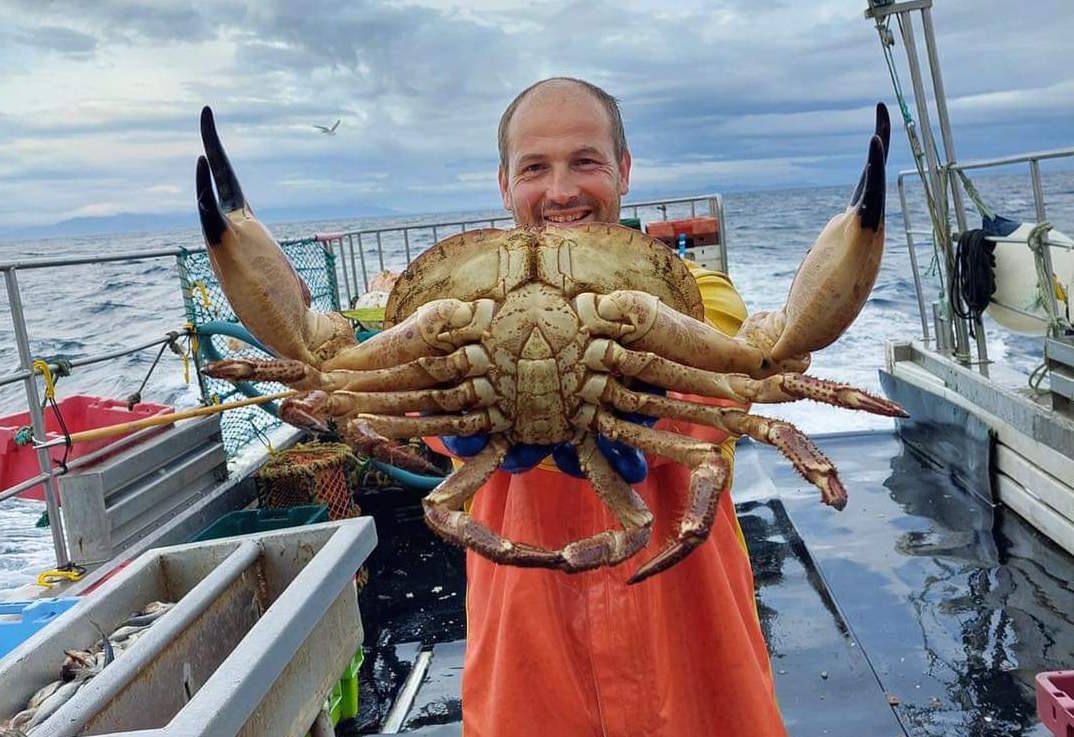 You wouldn’t fancy a nip of this fella!

This monster crab was landed by the Kearney brothers off Urris earlier this week.

We’re not sure of the species but we certainly wouldn’t like to meet him while in a for a dip.

However, he assured people “He was a monster. We released him back into the water to fight another day.”