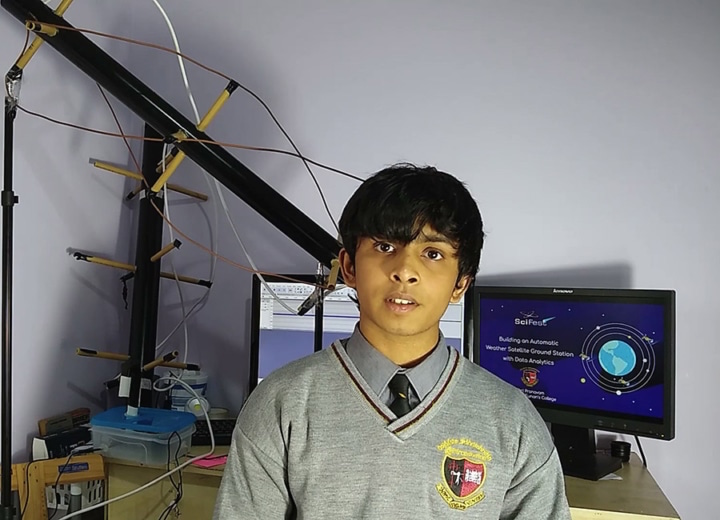 A young Donegal student has scooped a top award at one of the most prestigious science gatherings in the world.

Hari, from Saint Eunan’s College in Letterkenny, was won a Silver Award in the overall Grand Prix for his project, ‘Building an Automatic Weather Satellite Ground Station with Data Analytics Forecast.’

He will now have his work published in Canada Science Publishing’s peer-reviewed STEM Fellowship Journal.

Speaking about his award, he said he was grateful to al who had helped him along the way.

“I’m absolutely delighted to receive a Grand Prize-Silver Award. It is such a great honour to get to compete on a global stage against people from all over the world.

“This is a fantastic reward for my work on the project and it is great to see it acknowledged by international experts.

“I would like to thank my parents and my teacher Mr Michael Harkin for their support and encouragement throughout.

“I’m also very grateful to SciFest who gave me the opportunity to compete in this international competition and achieve this award.”