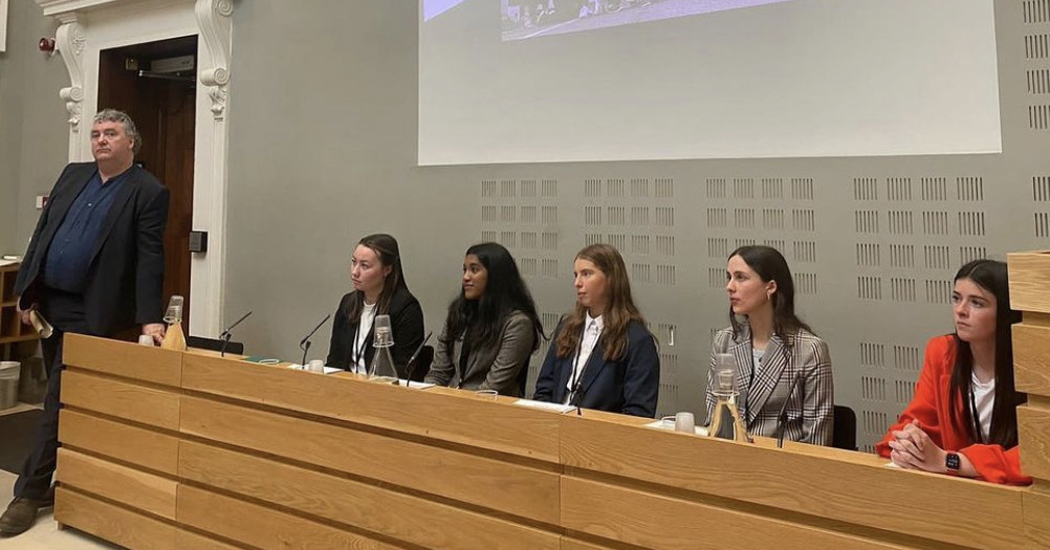 ‘It’s hard enough being a teenager without the fear of homelessness’ – that’s the message that a group of young local activists stressed to politicians in Leinster House on Wednesday.

A delegation of pupils from Loreto Letterkenny delivered a hard-hitting presentation on the Mica crisis to Ireland’s Senators, TDs and Ministers.

The students are part of the award-winning ‘No Place Like Home’ Young Social Innovators project. For the past year, the 25-strong team of socially-conscious secondary school students has championed the voices of children and teenagers affected by Mica all over Donegal and beyond.

Yesterday five team captains were invited by Independent TD Thomas Pringle to speak to those in power about Mica and the mental toll it is placing on families.

They also took the opportunity to add their voices to the call for full pre-legislative scrutiny of the new enhanced scheme. 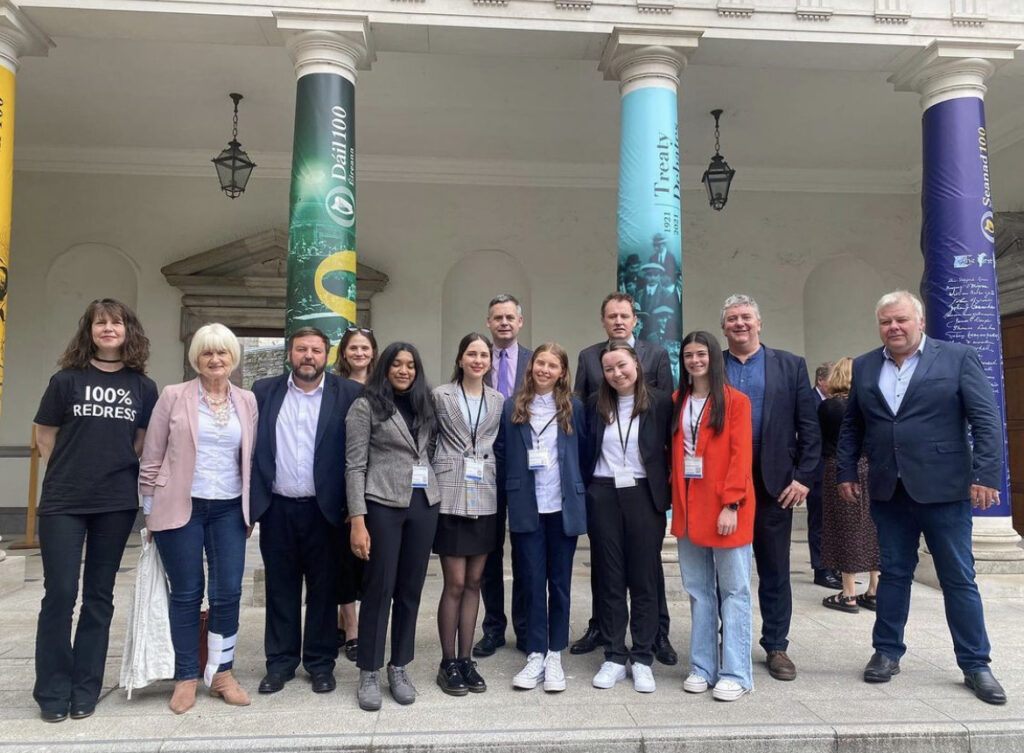 Among the attendees were Minister Charlie McConlogue, Deputy Joe McHugh, Deputy Marian Harkin, Deputy Eoin Ó Broin and many others from around the country.

The presentation heard that not only are people’s homes falling apart, their mental health is crumbling along with the defective blocks.

“Their grades have been affected at school and I know it’s because our house is filled with stress and upset.” – This is a direct quote from a student’s mother shared during the presentation.

The student implored representatives that “If we do not act now, these impacts will be felt for generations to come.”

“We have made an impact ten times stronger than what we had originally hoped and we will continue to support mica-affected families and students until they get what they so desperately need,” said Rioghnach McFadden. 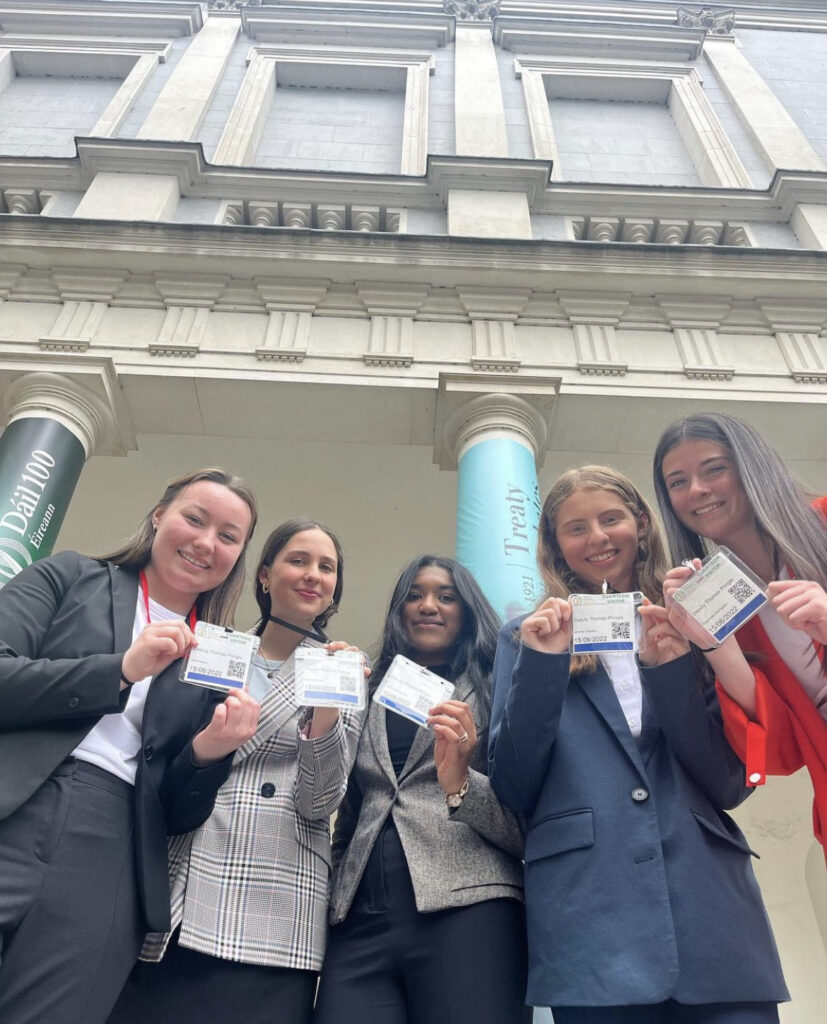 No Place Like Home Team Captains at Leinster House

Other strong points made by the students included the stress faced by students being compounded by the anguish of their home situation.

They said “It’s hard enough being a teenager in today’s society even without the added stress of potential homelessness. The home of one of our team members is to be demolished in the coming year, as she prepares for her leaving cert. This is the same for many of our peers, who have sent footage of their crumbling homes for us to share, where others opened up about their experiences and expressed their solidarity. Nobody, young or old, should have to deal with the mental pressure and anxiety of losing their home – and the financial strain and fear that accompanies this.”

Their message to the government was: “YOU represent the voice of the people and we need you to utilise that privilege.

“We encourage you to have a strong involvement in the support of pre-legislative scrutiny for the Defective Blocks Bill. As of right now, the current scheme in place means that homeowners have to pay for the demolition, roof, interior and foundations of their homes. We look forward to seeing pre-legislative scrutiny take place to ensure the bill is of the highest quality.”

The timing of the YSI presentation was vital as the government moves forward with the Defective Concrete Blocks Bill.

The No Place Like Home team was awarded the title of Young Social Innovators of the Year Ireland 2022 earlier this year for its ground-breaking project. The team has used its #NoPlaceLikeHome campaign to highlight the devastating impact of the crisis on the wellbeing, relationships, work and school life of those impacted and has brought the issue to international attention. 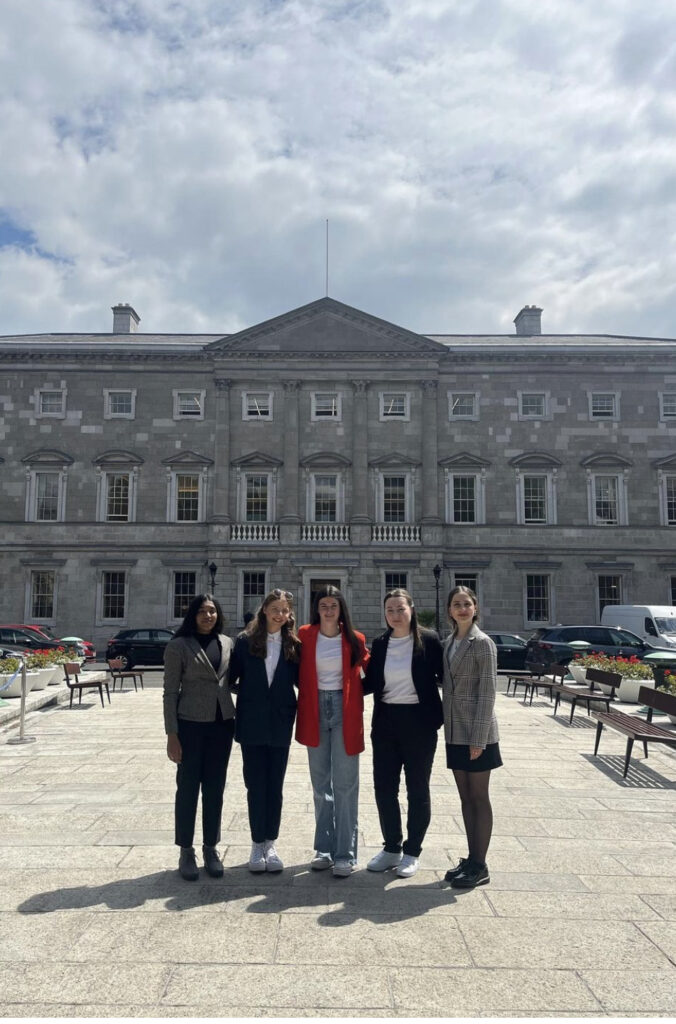