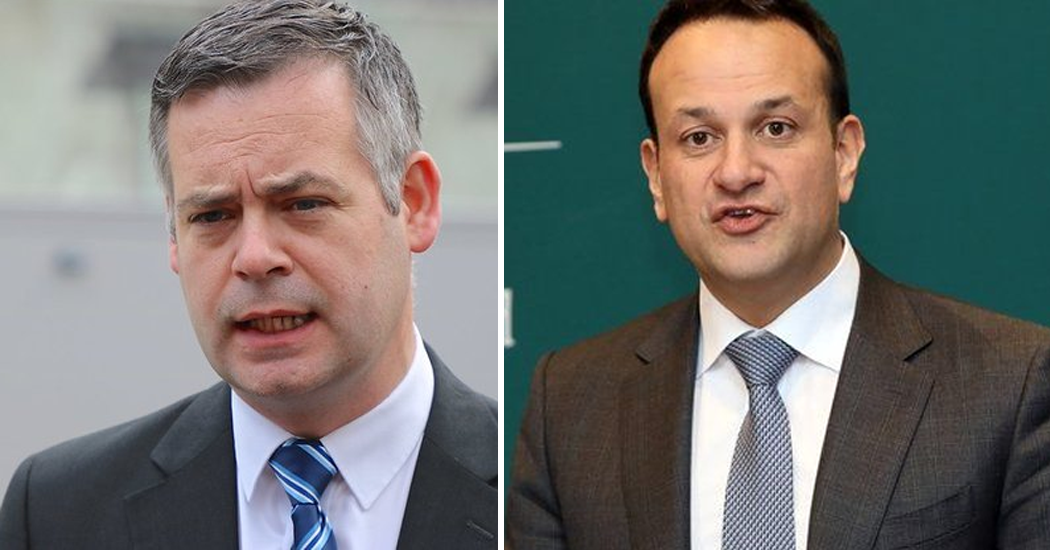 Fine Gael is planning to downgrade Sinn Féin’s image in the lead-up to the general election, a secret dossier has revealed.

Sinn Féin currently has record-high support, with 37% in the latest Sunday Times poll. Fine Gael sits at 23%, with Fianna Fáil at 22%.

The Irish Independent today reports that a secret document has been circulated among Fine Gael members equipping them with criticisms of their rival party.

The move was revealed following Tánaiste Leo Varadkar’s bitter exchange with Donegal Deputy Pearse Doherty in the Dáil on Thursday.

Teachta Doherty was accused of making a “cheap shot” when he reminded the Tánaiste that the DPP is currently assessing whether they’ll prosecute Varadkar for the leaking of a confidential government document to his friend Dr Maitiú Ó Tuathail.

To which Mr Varadkar replied: “It is particularly strange coming from you because you were prosecuted.

“In your party, there are a huge number of convicted criminals in your party and your wider Republic party.”

The spat worsened as Mr Varadkar labelled some members of the Sinn Féin party as “convicted criminals”, “tax dodgers” or “people who have been convicted for murder”.

Doherty hit out at the Tánaiste for hosting a private dinner celebrating Fine Gael’s decade years in power while the ESRI warns that fuel poverty in Ireland is now at the highest level on record.

Mr Varadkar responded sharply with: “Sinn Féin hosts dinners in America, charging people €1,000 per plate to attend, and the party leader flies first class to get there. That is what Sinn Féin does in the middle of a cost-of-living crisis.”

He added: “That is a cheap shot, particularly coming from a hypocritical party like the Deputy’s, which receives millions in donations from vagabonds who live in a caravan…”

Deputy Doherty’s comments on the exchange concluded with: “The people will decide.”