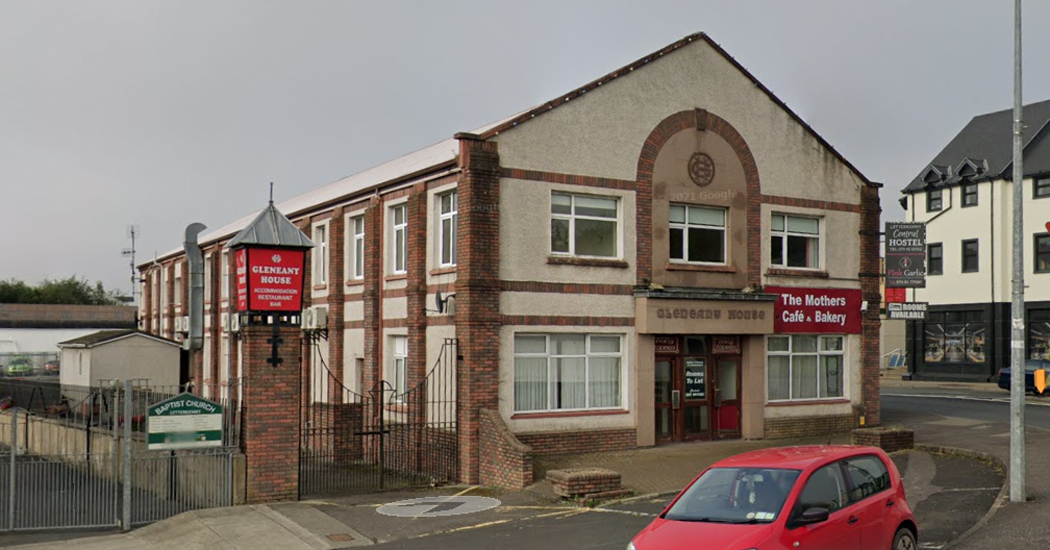 A Letterkenny councillor has called for immediate action to find emergency accommodation sites in the town.

The housing crisis, the rising cost of rent and property vacancies have compounded to force more people in Donegal into homelessness, the Letterkenny Milford Municipal District executive heard this week.

Cllr Gerry McMonagle told the meeting that there is an urgent need for emergency beds in Letterkenny.

He suggested that the vacant Gleneany House could be turned into an ideal facility for those who find themselves homeless or in a vulnerable situation.

Gleneany House at the Station Roundabout was a former hotel that opened as student accommodation, and then a hostel. In recent years it has been lying vacant, with 23 beds unused.

Cllr McMonagle said the council could accommodate people in the building and partner with the North West Simon Community, SVP and other support services to assist people to get housing.

“We have a massive problem with housing and as a result, we have a lot of people who present themselves here as homeless and they have nowhere to go,” Cllr McMonagle told the Letterkenny Milford MD on Tuesday.

“The other difficulty in all of this is the victims of domestic violence who have nowhere to go. The places they would normally go are full up, they are also in a situation where they can only offer a couple of nights’ safety.

“I feel so sorry for people who find themselves in that situation,” he added.

Cllr Michael McBride added that there is evidence of homelessness increasing in Letterkenny, with people sleeping on the streets at night. He suggested that the ‘new building’ at St. Conal’s Campus could be transformed into accommodation for people with mental health problems.

The council responded to say that “a number of avenues to provide accommodation are being explored with Approved Housing Bodies, state agencies and the private sector at present.”