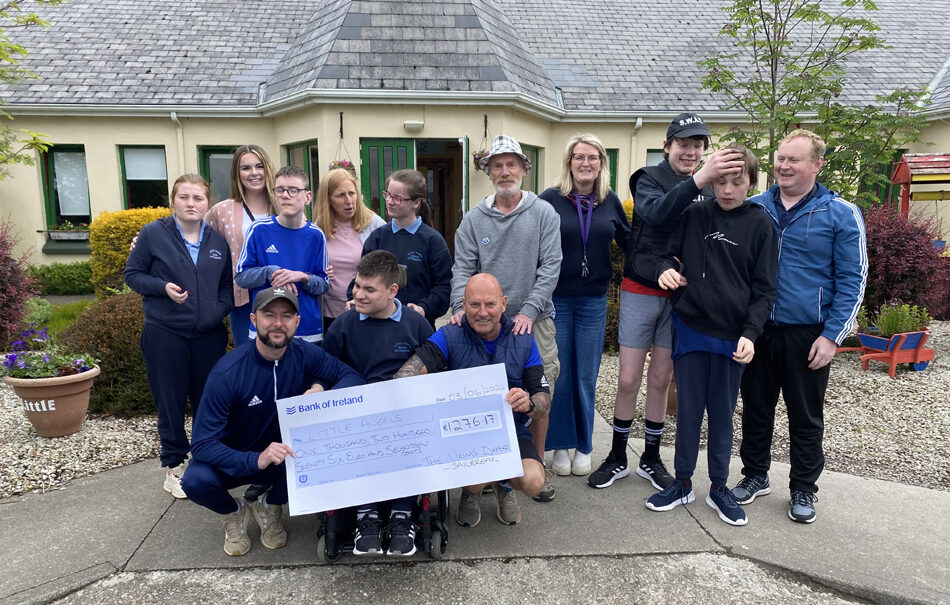 Picture Special: Jailbirds shake off the prison blues to donate €7,500!

The first ever charity Jailbreak event at Old Lifford Courthouse has raised over €7,500 for Donegal charities.

The jailbirds returned to the Courthouse last week, on their best behaviour, to proudly collect cheques for their chosen causes. 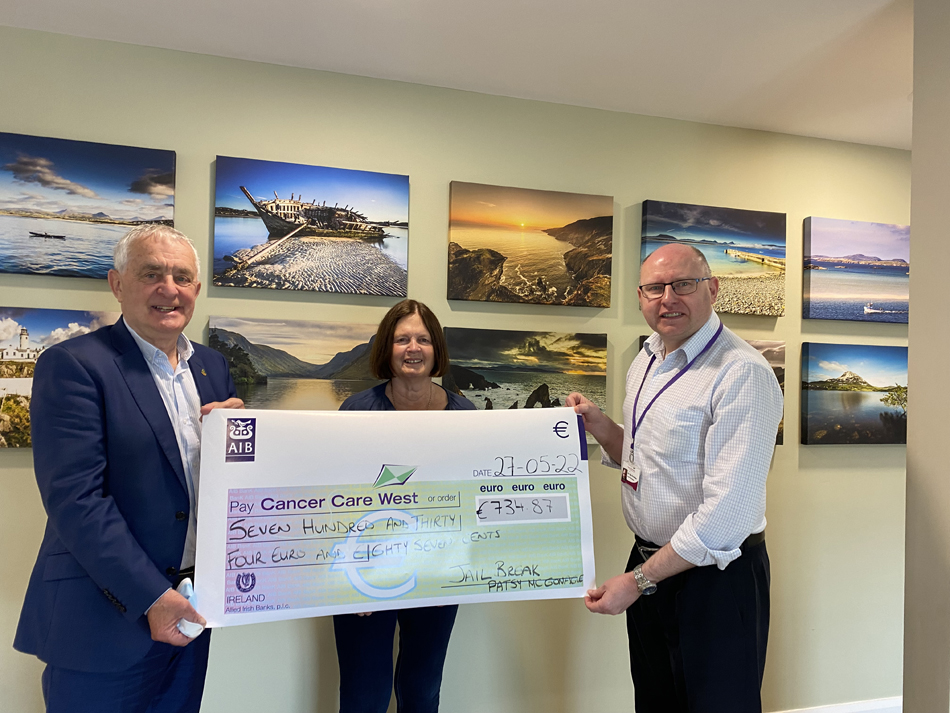 Patsy McGonagle is the patron of Cancer Care West and he raised €734.87 for the charity. Pictureed is Patsy presenting the cheque to Grainne McGettigan, Fundraiser, and John Donohue, Senior Clinic Psychologist, Cancer Care West.! 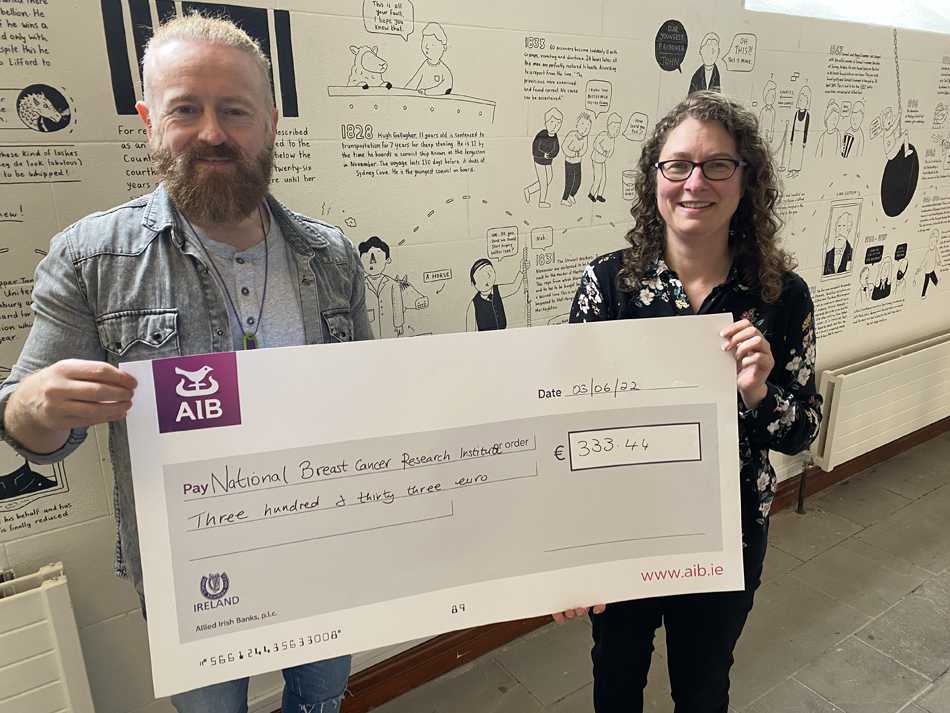 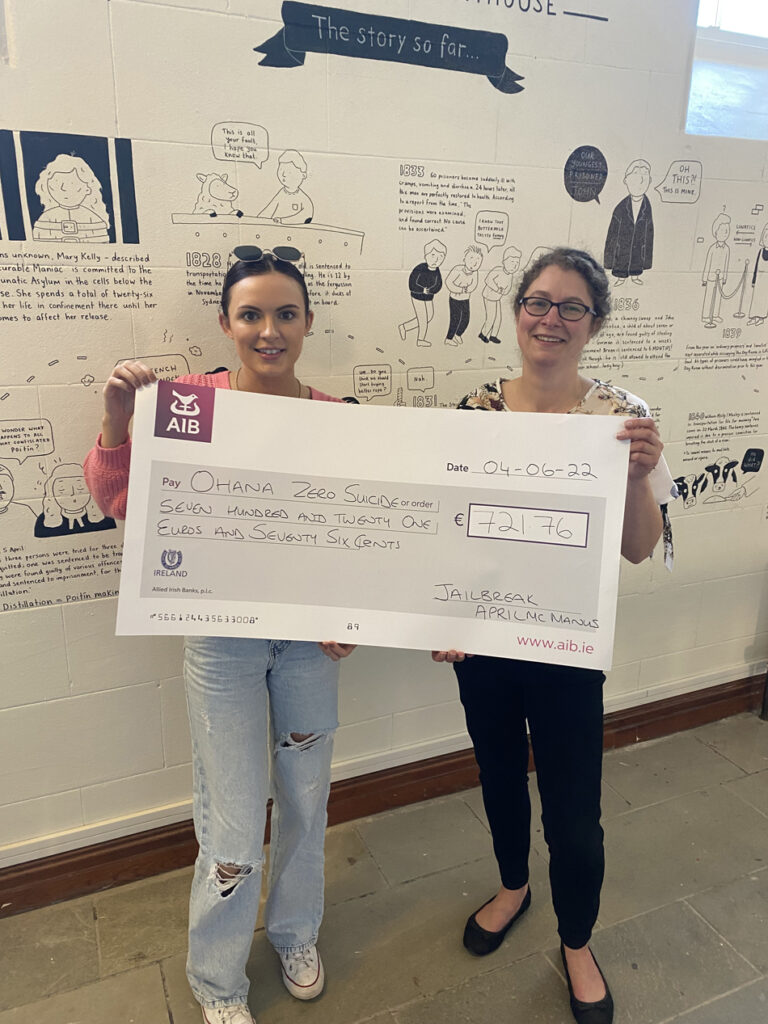 Gillian Graham, the manager of Lifford Old Courthouse, said:  “We’re absolutely delighted with how the Jailbreak event went. It was great to be able to showcase what community run social enterprises like ourselves are able to do, and raising such a phenomenal amount of money for charity was incredible.”

The charity event was made possible under the ARISE Programme, which aims to raise awareness for social enterprises throughout Ireland. Established over 25 years ago, Lifford Old Courthouse has an overall objective of preserving the historic building, creating local employment and promoting arts, heritage, culture and community throughout Lifford and the surrounding areas. The east Donegal social enterprise employs ten staff. 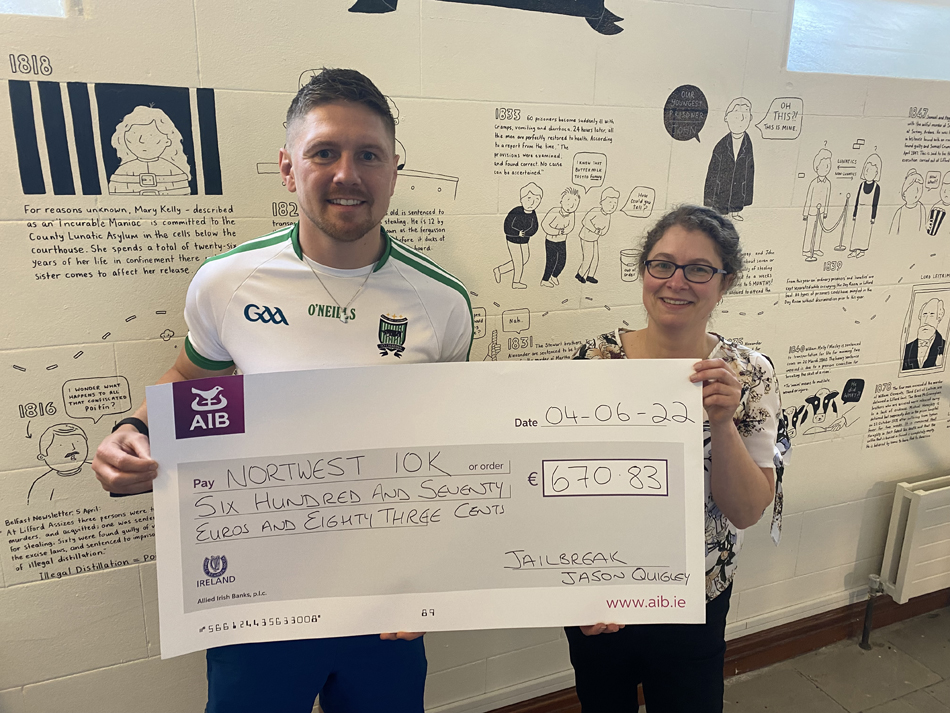 Lifford Old Courthouse manager Gillian Graham along with Donegal boxer Jason Quigley who raised €670.83 for the No Barriers Foundation. 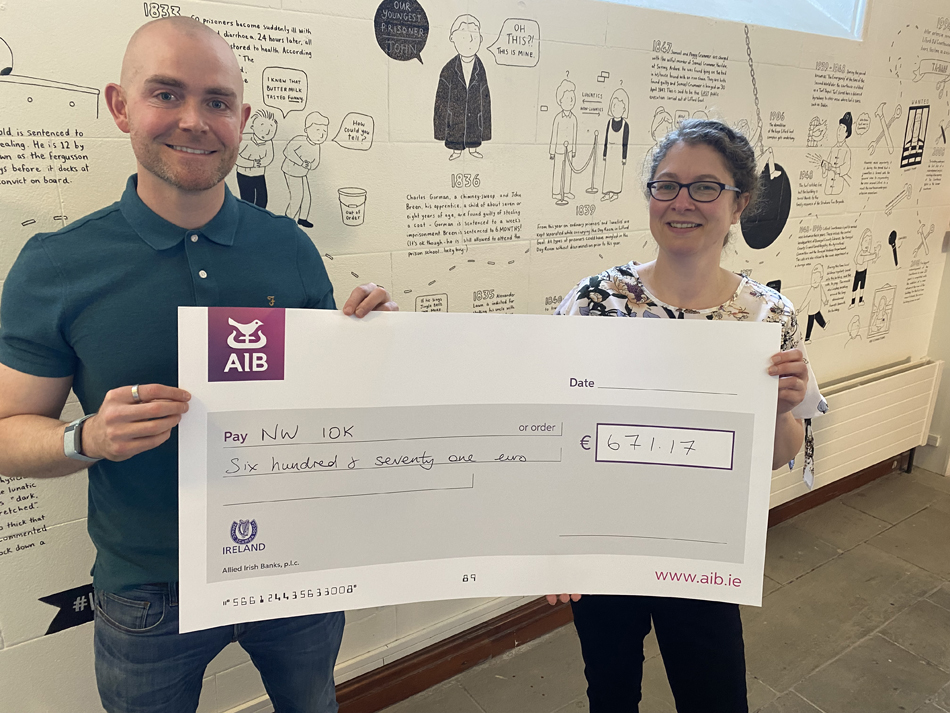 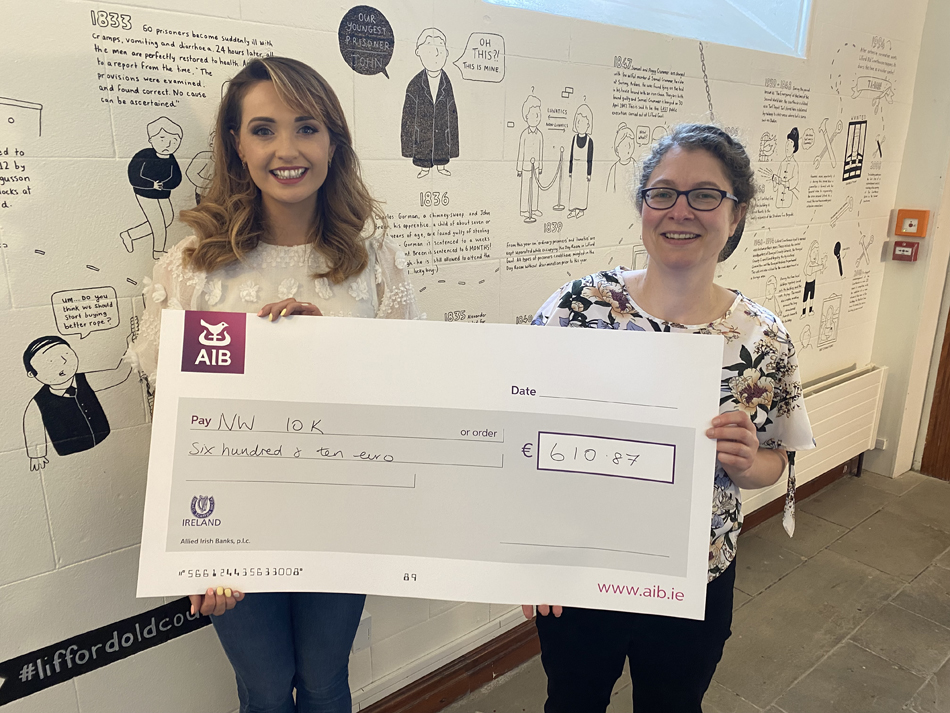 fford Old Courthouse manager Gillian Graham along with Donegal Woman editor Rachel McLaughlin who raised €610.87 for the No Barriers Foundation.