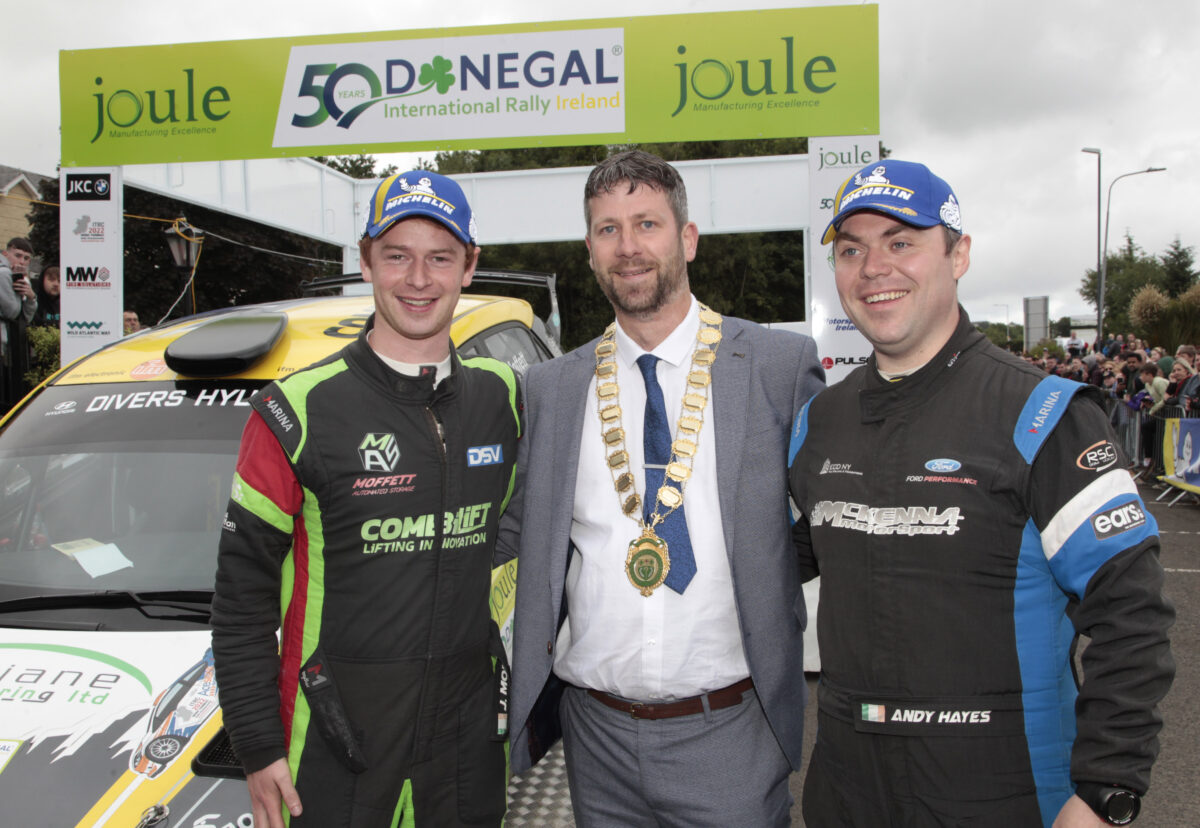 On Tuesday, the Glenswilly councillor gained the honour of being Mayor for 2022/23. By Friday, he was representing the district at Donegal’s biggest sporting event, the Joule Donegal International Rally.

The rally will forever be a source of pride and heartache for the Kelly family. Last weekend was the first ‘Donegal’ since the tragic death of three-time champion and Manus ‘Mandy’ Kelly in 2019.

The legacy of the ‘King of the Hills’ was everywhere, and there were many moments to cherish for Donal Jnr and all the family.

“It was emotional, it was tough, but we were all delighted to see the rally back,” Mayor Kelly told Donegal Daily.

“Myself being a rally driver, and for Manus, Donegal is the pinnacle. It’s Christmas day for us. We always looked forward to it. It’s great for the family to have the first Donegal passed us now.” 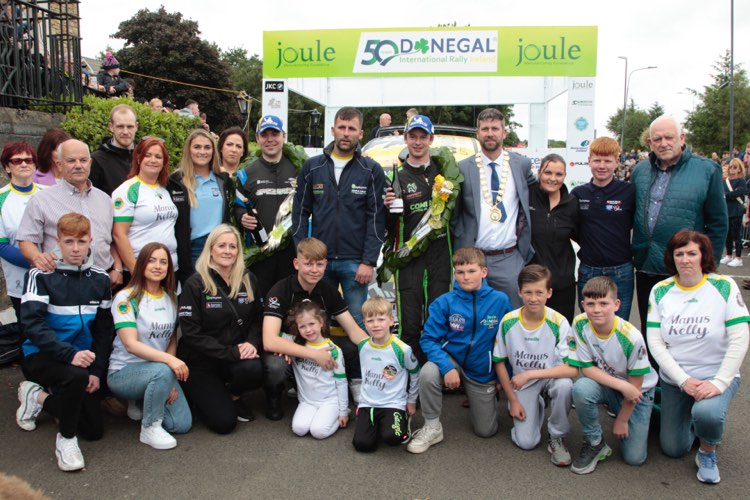 Cllr Kelly commended the Donegal Motor Club, the marshalls, the gardaí and the fans on the success of the well-run event.

“It is great to see that the incidents and accident numbers are down this year,” he said.

“It’s a credit to An Garda Síochána and to everyone who came into the county and followed the rally. A word of thanks to those who stuck to the rules of the road and abided by the law.

“It was an emotional event, but it was very good in a way.” 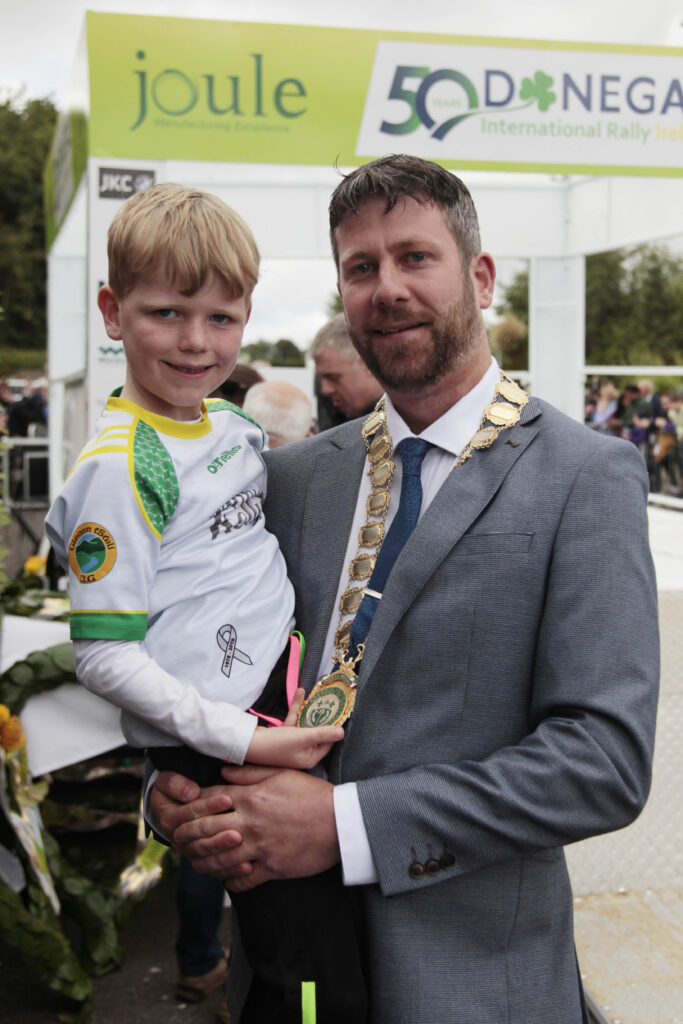 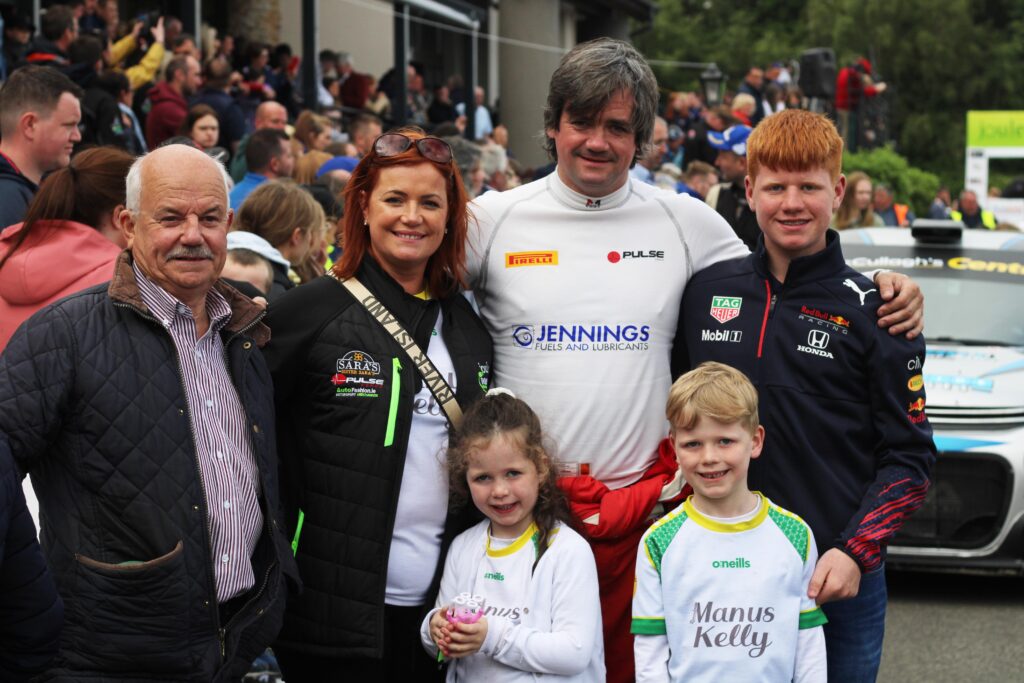 Cllr Kelly was by the roadside in Gartan for the Legends Drive on Sunday, when Manus’ Subaru S12 B Impreza was driven by Donagh Kelly in a demonstration run over the High Glen and Atlantic Drive. The Subaru had brought Manus and Donall Barrett victories in Killarney and Carlow and the famed three-in-a-row in Donegal in 2016-17-18. That 2016 win in Donegal, with just half-a-second to spare, will forever be remembered in rally history.

Cllr Kelly said: “When I saw Manus’ car coming through, it was a moment that you had a lump in your throat, but I was very proud and delighted to see that car on display, especially for all his fans that lined the ditches over the weekend.

“Before the car passed, everyone was chittering and chatting, it was noisy, and the next thing there was surreal silence.

“You knew it wasn’t just myself, everyone at that junction had a lump in their throat, that was very special and a proud moment for me. It’s something I will cherish.” 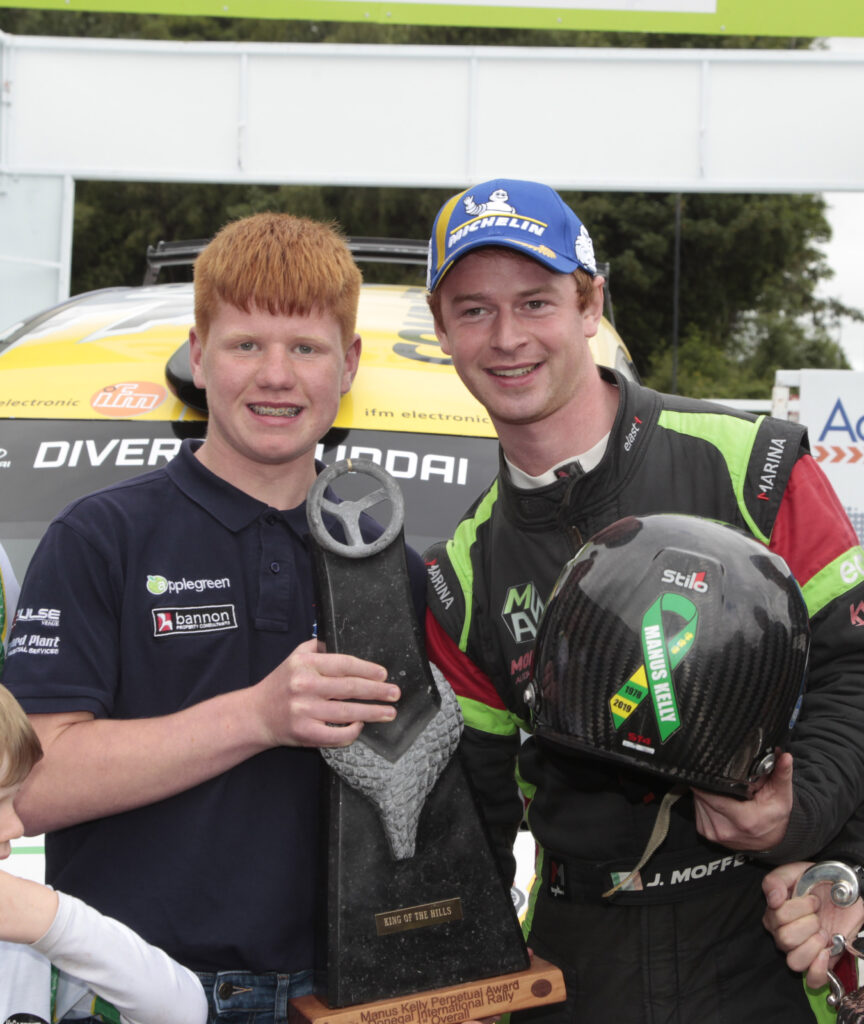 Donal Jnr, an annual home rally competitor in years gone by, took joy in seeing the success of fellow Donegal men too.

“A huge congratulations to Kevin Gallagher and Ryan Moore, a neighbour of mine, who after all their hard work got the National win.

“It was great to see the rally back up in full swing and to see everybody back out enjoying themselves. There was a great crowd there at the Mount Errigal, you have to commend everyone who gathered to applaud Josh Moffett and Andy Hayes, who I would like to congratulate on winning the rally.

“You never know, maybe next year instead of the shirt and tie I could be back in the rally suit, please God.”