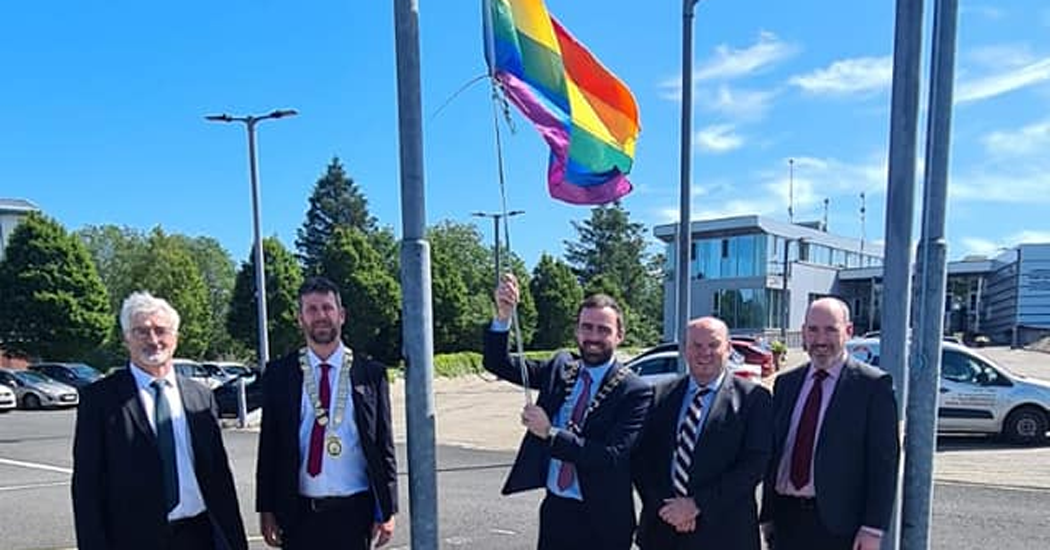 Donegal County Council has raised the rainbow flag for the first time in solidarity with the LGBTQ community in Donegal.

There was cross-party support for the display at both Lifford County House and Letterkenny Public Services Centre.

Local representatives and council officials celebrated the flag-raising on Monday.

Sinn Féin Cllr Gary Doherty said the inclusive step was prompted by the BreakOUT group operated by Donegal Youth Service. The group gives one to one and group support to Lesbian, Gay, Bisexual, Transgender young people around Donegal.

Cllr Doherty made a formal request to the council on behalf of BreakOUT. Following this, Cathaoirleach of Donegal Jack Murray sought cross-party support which was very forthcoming, Cllr Doherty said.

The flags will fly for the rest of the month of June.

“A huge well done to Charlene and everyone at the BreakOUT group for all the great work they do advocating for LGBT+ young people. And a huge thanks to Jack, the political groupings on Donegal County Council and the Council staff for their support. It’s a good day,” Cllr Doherty said. 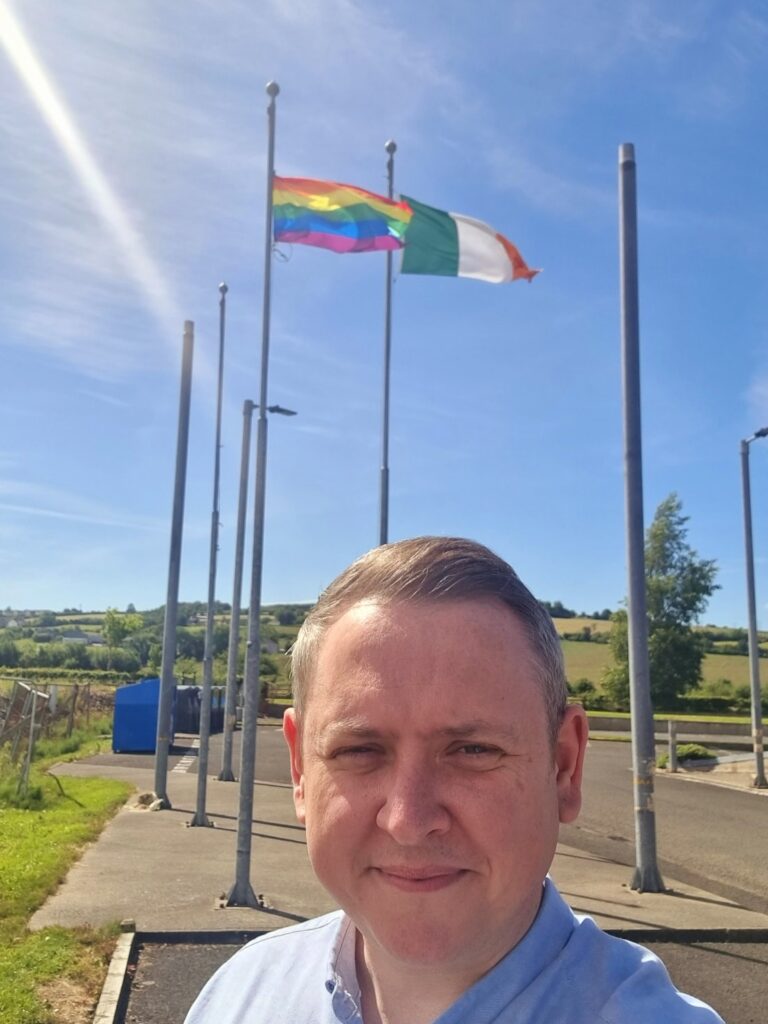