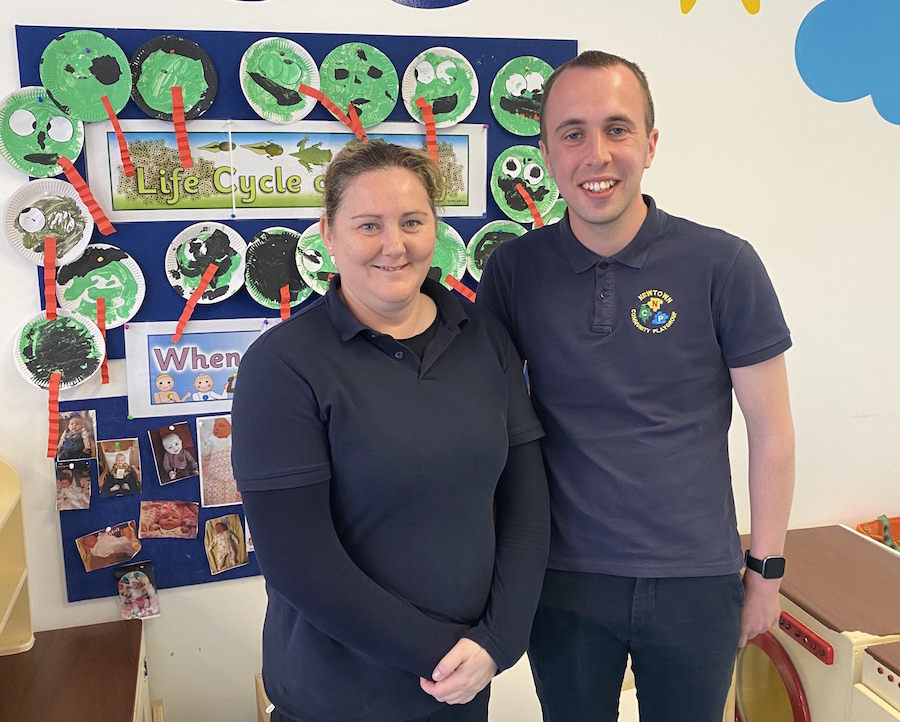 Donegal has hundreds of childcare workers. Every town and village has a creche or a preschool, where children happily bounce through the doors every day greeting their friends and their teachers.

Almost always, that teacher is a female.

In Ireland women account for around 99% of early years childcare workers.

However, there are a number of young men trying to break the mould for the next generation of male childcare workers in Donegal.

Newtown’s Darragh McGrath (pictured above) is one such example.

In 2020 Darragh graduated from the Letterkenny Institute of Technology with a first class honours degree in childcare.

He now works fulltime in the Newtowncunningham Community Playgroup, but Darragh is in the minority.

The numbers of men working in the childcare sector in Donegal is extremely low with Darragh being one of only two males to graduate in childcare in LYIT that year.

But with some outdated attitudes still lingering within the community and pay and conditions for early years staff still far behind the level they should be, it’s hard to see any real changes coming in the immediate future.

“When I started working here, people asked me what was I doing? They asked was I cutting the grass and doing maintenance. I think they thought I was the caretaker,” explains Darragh.

“I think there is still a level of fear that men will be laughed at or looked down on for working here, some people would have made comments to me, but it never bothered me.”

“Pay and conditions are so poor compared to primary school teachers or even SNAs – during the summer months I have to sign on the dole as you don’t get paid over the holidays.” 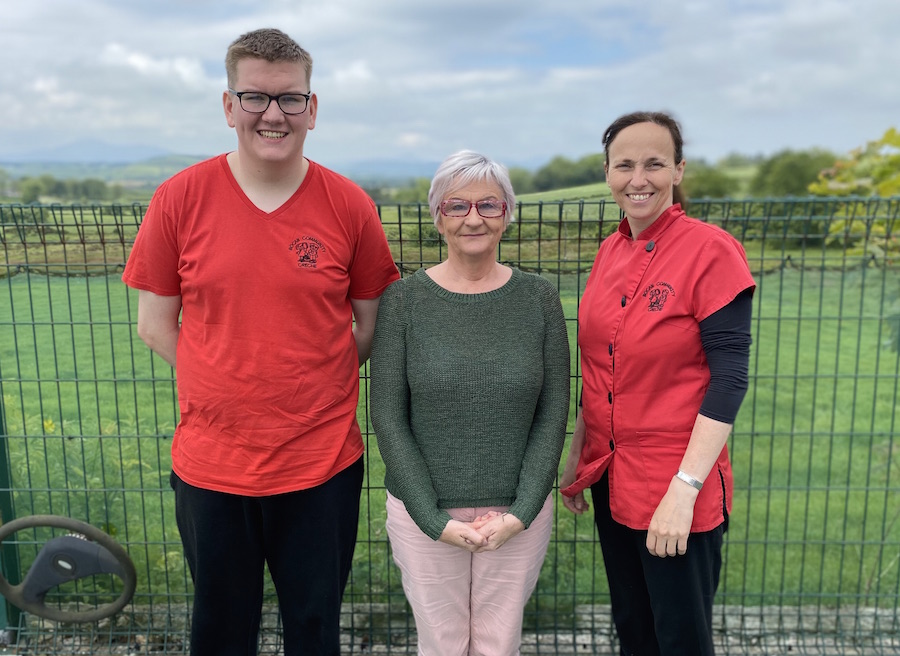 However that being said, Darragh is fully committed to his job and has received great support from his fellow childcare workers in Newtowncunningham and during his time at LYIT.

“My experience has been so positive. I have great support here and when I was at college they loved to see men doing the course. I never had an issue with any of the parents – everyone has been so welcoming. It is the most fulfilling job.”

One of the benefits of having gender balance in the playgroup has been the support he has provided for the children of lone parents.

“I have noticed that some of the children who have just mum in their life can gravitate towards more, and that’s lovely that I can provide a male influence at a young age. It is very rewarding, and I think it would be very hard for someone to walk away once they start.”

Pauline Coyle, who supervises the Community Employment Childcare Scheme from Inishowen Development Partnership [IDP] on behalf of DSP, hopes there will be changes to this in the near future.

“I think the government will step in and improve working conditions in the early years sector. These people do such important, good work and they deserve to be paid in a way that reflects their hard work and dedication.”

“It is shocking that young, highly educated people such as Darragh still have to apply for Jobseekers during the summer holidays,” said Pauline.

Pauline said everyone in IDP would encourage more men to follow a career in childcare and she believes the CE scheme could be “a great place for anyone, who has been unemployed for 12 months or more, to get involved in the sector”.

“The great thing about the CE scheme is that you get hands-on experience and your accredited training is fully covered. The new module that has been recently developed leads to an even more professional specific qualification so it would give anyone – man or woman – a great opportunity to gain a high level qualification in childcare,” she added.

Meanwhile manager of the Bocan Community Creche, Caroline Borden, says male childcare workers are still not the norm in Inishowen. However she has one male member of staff, Sean Carroll, currently working in the preschool room.

Sean, who is a second year student at LYIT and is from Gleneely, first came to the preschool during his TY placement rotation. He is one of four men studying childcare in Letterkenny, with more than 60 women undertaking the same course.

“I love working here, the children are great,” says Sean.

“Since I came here during TY I have just loved it. I think when the children saw me first they noticed a difference but now we have great fun – I’m always the one lifting them around.”

Like Darragh, Sean believes if conditions for childcare workers were improved then maybe more men would come into the sector.

“Compared to other countries, Ireland seems to be very far behind when it comes to childcare workers’ wages,” he said.

“I think more men who do childcare want to progress to primary school teaching or SNAs as they have so many more benefits and get paid holidays.”

“We have had a small number of male workers over the years,” explained Caroline.

“But I think society still states that the man is to be the breadwinner in the house and working in a preschool from 9am until 1pm doesn’t suit the majority of men.”

“The men that are coming into the sector at present are breaking the mould for the next group of men coming behind them. Hopefully we will continue to see more men like Sean coming in – everyone will be treated equally here.”

(This article first appeared in the Inishowen Independent who have kindly given us permission to use it.)