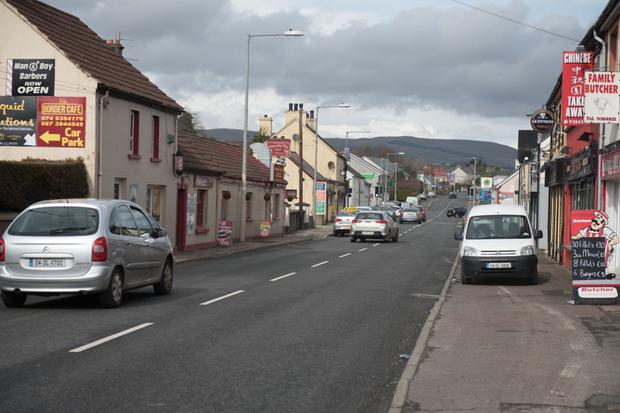 Community shocked at plans to move Gardai out of Muff Station

Plans to redeploy Gardai out of Muff Garda station have been met with an angry reaction from the local community.

There are currently two Gardai serving the border community stationed in the barracks at Muff.

However, plans by Garda management will see those Gardai relocated to Burnfoot Garda Station covering the Muff area from there.

He said “I have spoken to a number of local business owners and the Muff Development Group as well as those within the community including the GAA and people are very concerned by these plans.

“Good relationships with these local Gardai have not happened overnight and there is a very good trust between the Gardai in Muff and the local community.

“I think this move would diminish that relationship,” he said.

Councillor Crossan, who is also a member of the Joint Policing Committee, said the geographical location of Muff Garda Station which he said was practically “on the border” was also significant.

He added that the population of Muff was much greater than Burnfoot and for that reason alone there needed to be a continued presence in Muff.

Councillor Crossan said he has raised his concerns with Garda management and was hoping they will review their plans.

“I would appeal to them to reconsider these plans. I simply do not think it makes sense to remove Gardai from Muff and effectively close the Garda station here.

“This community needs a Garda presence. Garda management claim it is only a trial but I find that these things never revert back to the way they were once a decision has been made,” he added.

Community shocked at plans to move Gardai out of Muff Station was last modified: June 23rd, 2022 by Staff Writer
Facebook0Tweet0LinkedIn0Print0