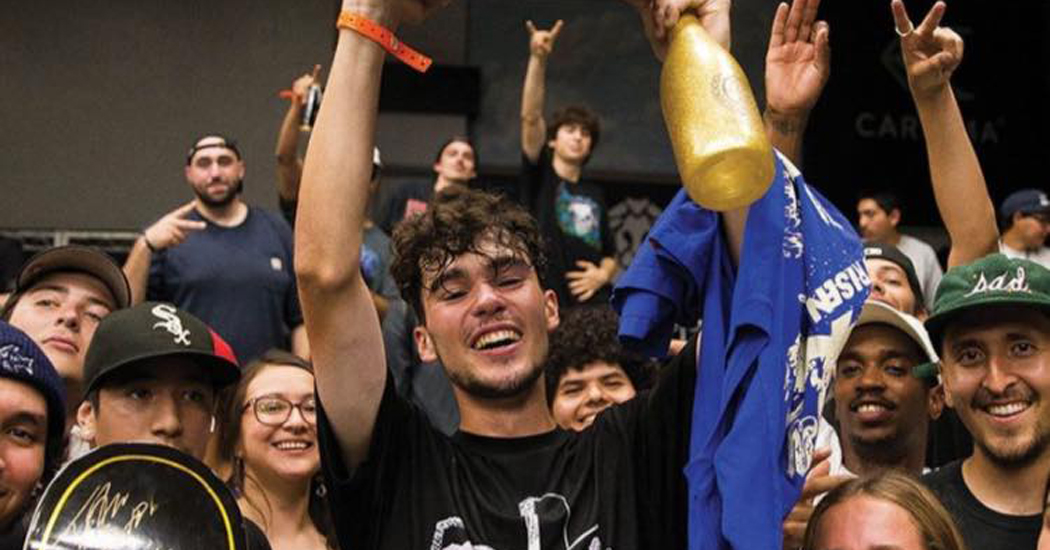 A skilled skateboarder from Donegal has gained global fame after winning a major contest in Los Angeles.

Jamie Griffin from Convoy was crowned the champion of the ‘Battle of the Berrics’ challenge yesterday.

Jamie was pitted against top professional skateboarders from around the world, but his jaw-dropping flips and twists were too much for the competition to match.

More than five million people tuned in to watch the thrilling finale of Battle At The Berrics 12, which started with 64 skateboarders including pros, joes, influencers, and icons. That was whittled down to four finalists: Tyler Peterson, Sewa Kroetkov, Jamie Griffin and Paul Rodriguez.

Jamie, who was competing in the ‘Influencer’ bracket, emerged as the overall winner and a true rising star in the skateboarding scene. Being part of the competition, he said, was a lifetime goal complete.

Jamie’s skateboarding passion all started in his shed back home, before he moved to England to hone his skills and craft an impressive street style which he shares with his many Instagram followers.