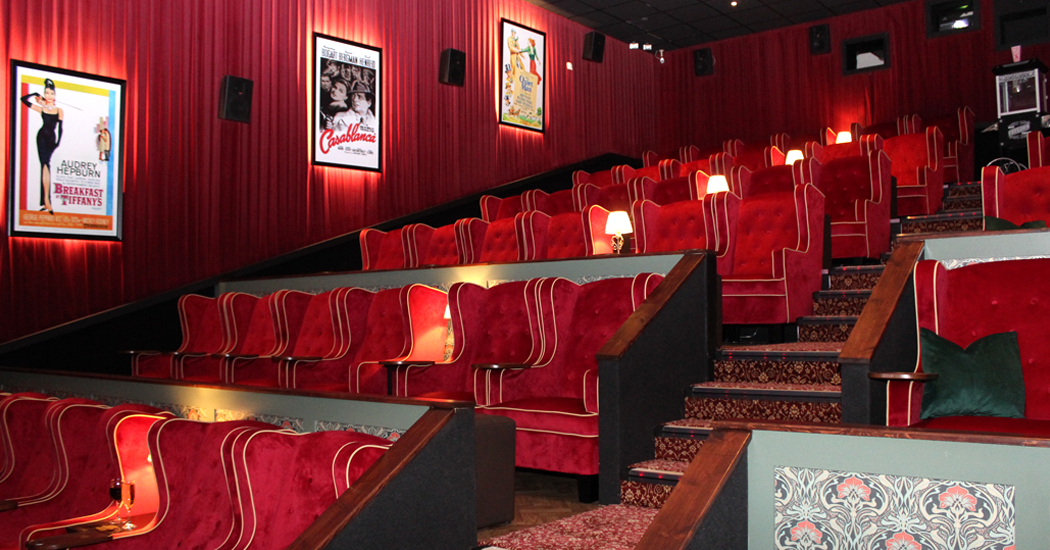 Eclipse Cinemas Lifford Strabane are bringing the classic cinema experience into the modern era with the unveiling of the new Regal Room screen.

Moviegoers are invited to step back in time to Old Hollywood glamour, and wine and dine in plush surroundings in this decadent new screen.

The Regal Room’s vintage style is a first for Donegal. While the romantic decor is a nod to the past, the movie experience is modern with top-of-the-range laser projections.

The new screen opens this weekend with Baz Luhrmann’s Elvis. See what’s on at: lifford.eclipsecinemas.com/whatson/Regalroom 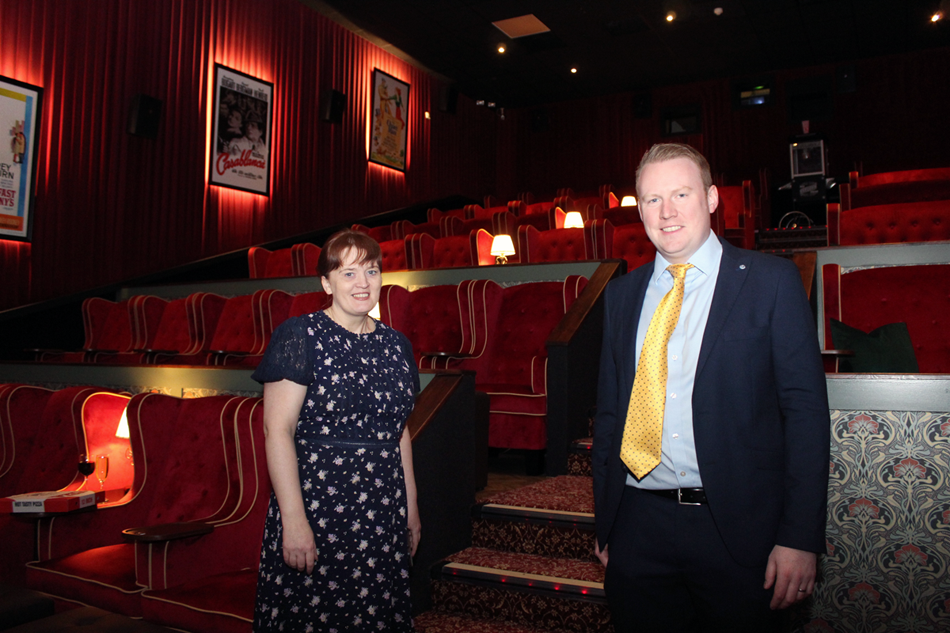 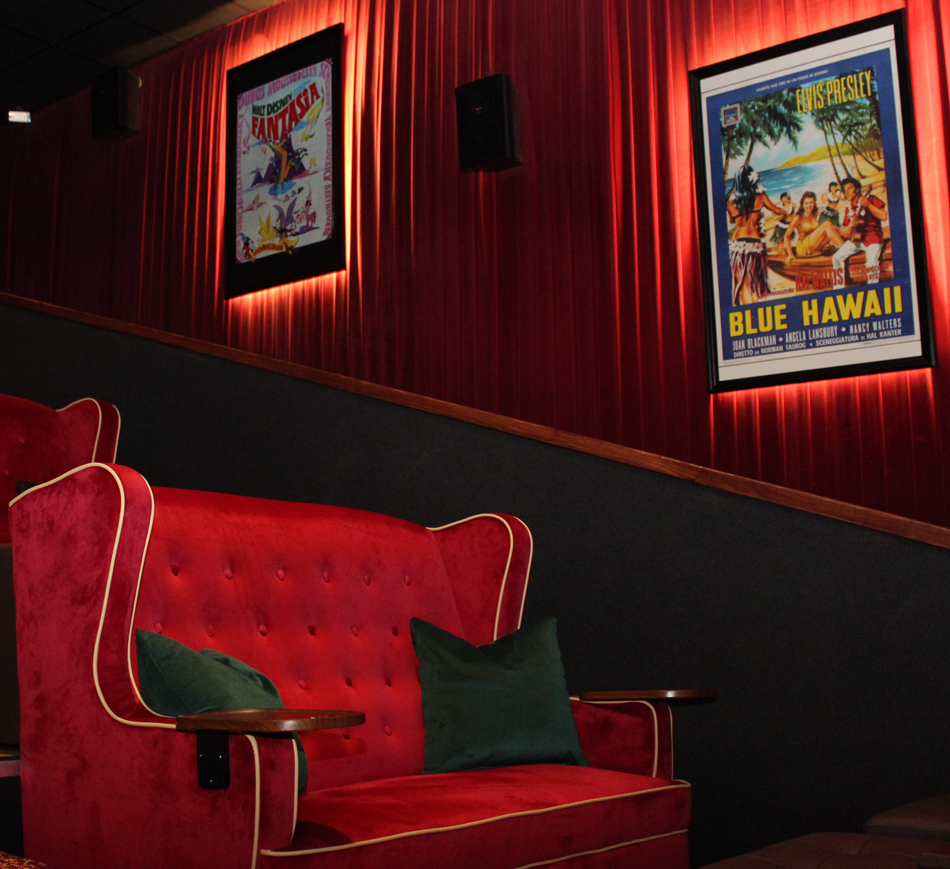 Luxury seating, with footrests for sitting back and enjoying top films on the big screen in the Regal Room

The Regal Room and the Directors Lounge are part of the premium product at Eclipse Cinemas Lifford Strabane, where a visit is more than just going to see a great film. You can sip and eat while you watch – enjoy wine and Prosecco in-screen, or order a pizza, loaded nachos, hot dogs, Italian coffee, etc. from Extras.

Customers can be assured that the family value remains in the main screens, including Crazy Tuesdays at €5 tickets, as well as the Ticket & Pizza meal deal for only €13.95 Monday-Thursday.

The Regal Room represents part of a major investment into renovations at Eclipse Cinemas Lifford-Strabane and Bundoran in recent months.

Eclipse Cinemas also this weekend are opening a new VIP Screen in Bundoran, the Directors Lounge with all-electric VIP recliners. Plus this weekend Extras @ Eclipse Cinemas Bundoran opens serving pizza, wine, coffee, hot dogs, and gelato ice cream. Food is available in a new sitdown area and can also be ordered to Dine In Screen. 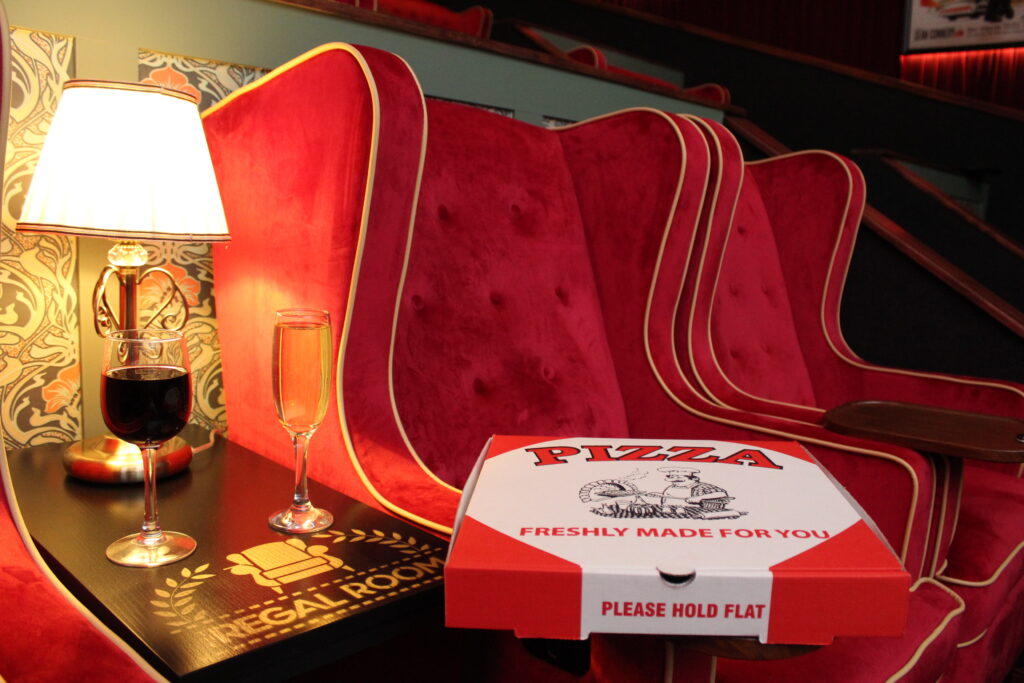 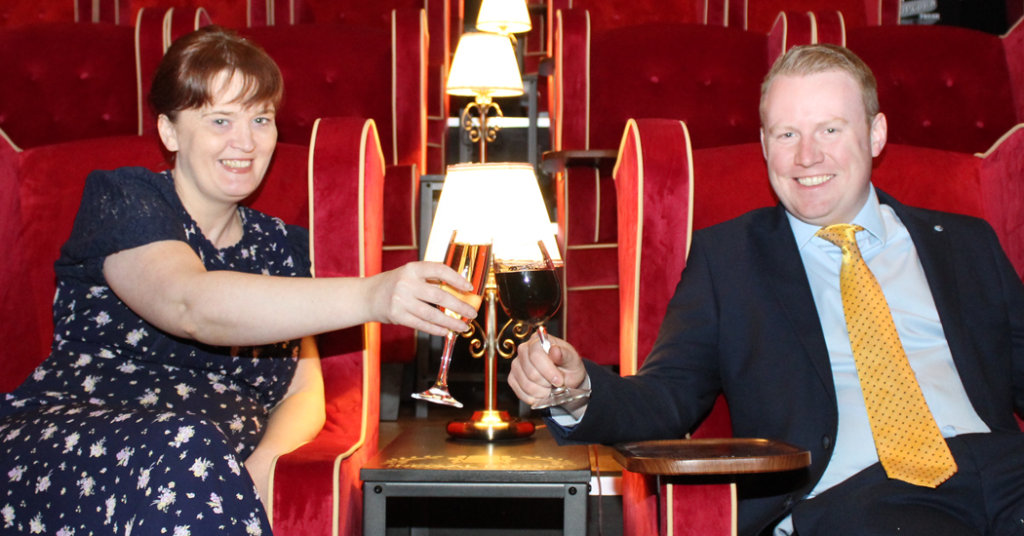 Director Daniel Barrett said: “Eclipse Cinemas have invested hundreds of thousands of euro in the last few months into both cinema sites. The brand new Regal Room in Lifford is a brand new experience for the area and Bundoran is opening the new VIP Director’s Lounge and Extras wine bar this week as well.” 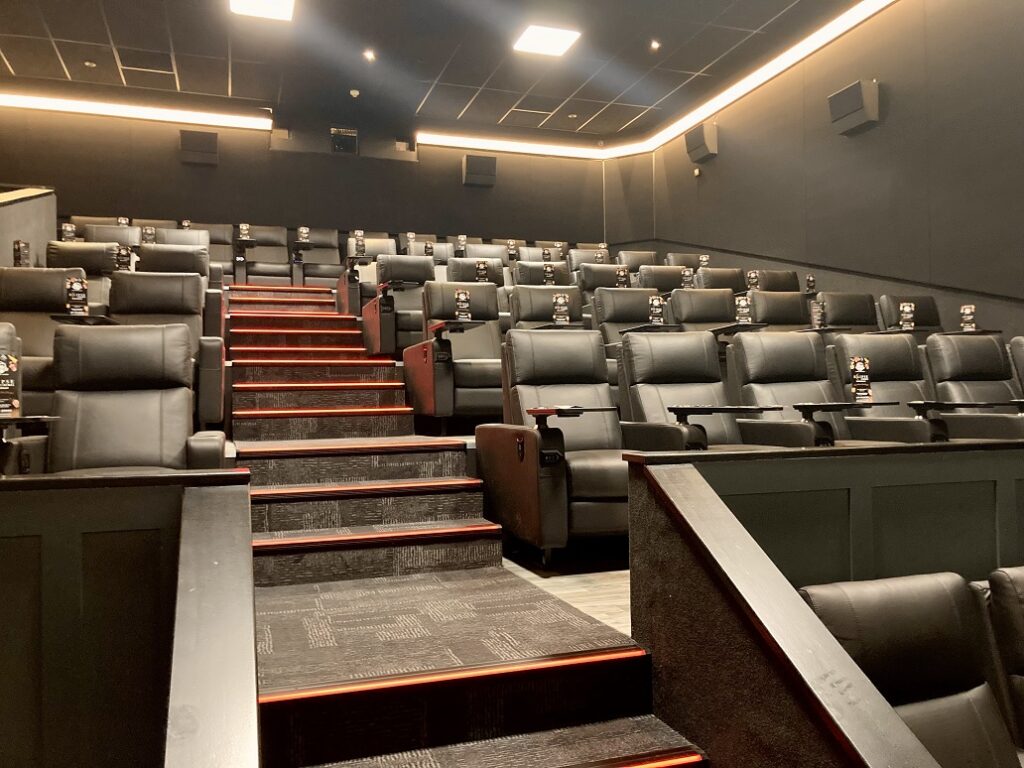 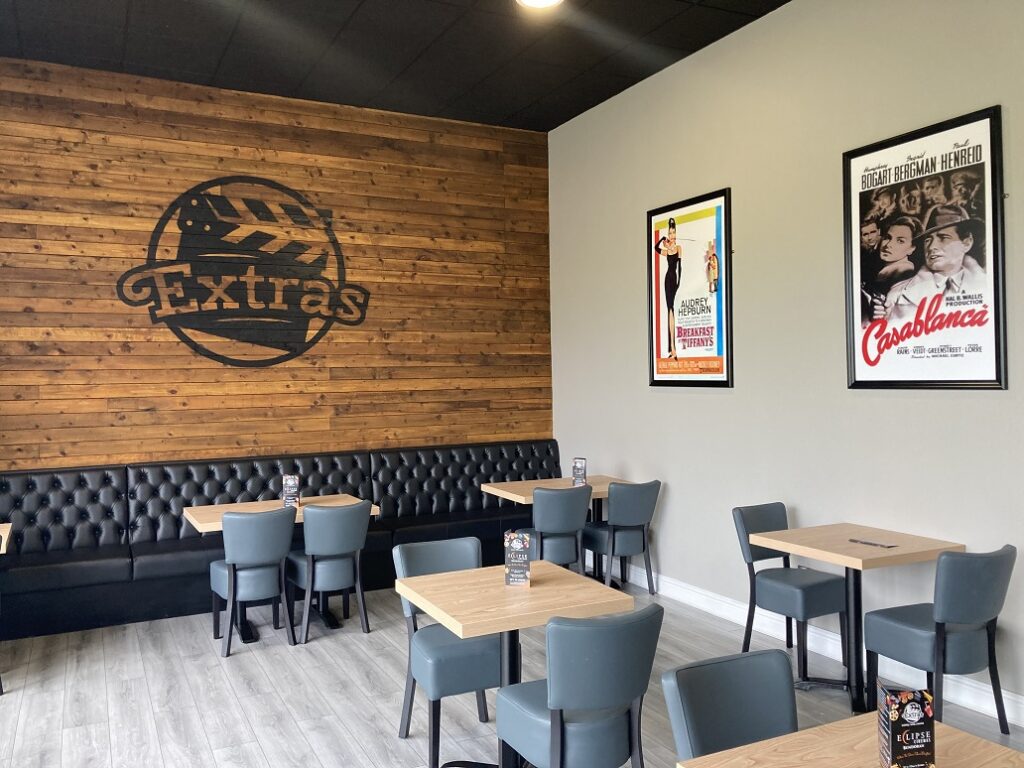 Louise Grieve Doherty, General Manager at Eclipse Cinemas Lifford Strabane said: “We are very thankful for the support we have received since we reopened after Covid. Without that local support from all communities, we wouldn’t be able to do this type of thing. We hope to see everyone enjoying the exciting new releases and blockbusters in the summer months.”

Top Gun: Maverick and Jurassic World: Dominion have helped bring families back to the big screen in big numbers, with the cinema enjoying its busiest main shows on the 11th of June since reopening.

“Last weekend, we had our busiest night ever, we had over 400 patrons within the building between 8pm and 9pm and it was a fabulous night all around,” Louise said.

Film fans can also look forward to new releases this summer such as Lightyear, Thor: Love and Thunder and the new Minions: The Rise of Gru. Keep an eye on the Eclipse Cinemas Lifford-Strabane Facebook page for a new Marv’s movie club – coming soon!