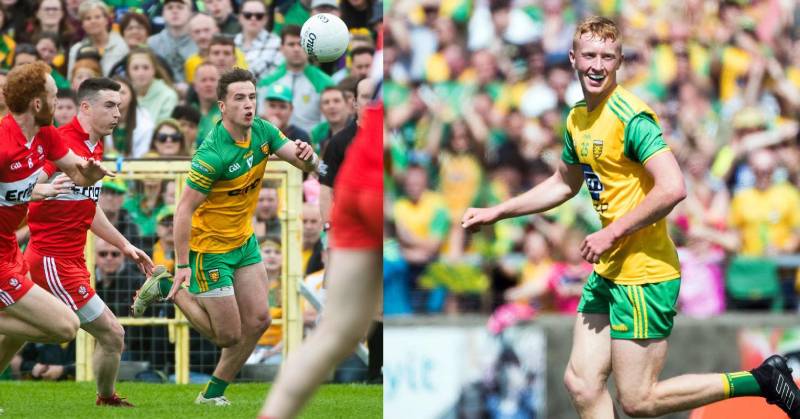 Oisin Gallen and Peadar Mogan are both set to join St. Pat’s Donegal Gfc for the summer.

The Donegal duo were both announced by the club, based in Philadelphia, via their Instagram page.

With Donegal out of the All-Ireland Championship, the two players have made the switch across the Atlantic for the summer months.

With the opening round of the Senior Championship not taking place until 12/13/14th August, the players still have plenty of time to play competitive football in the States before the beginning of the competition.

Sean MacCumhaills forward Gallen has suffered a tough time with injuries this year, missing all of the Ulster Chanpionship after suffering an injury in the league.

Meanwhile, St. Naul’s man Mogan was an important part of Declan Bonner’s team that got to the Ulster final before being defeated by Derry. Mogan was named in the GAA.ie Team of the Week for his performance in the final.

Termon’s Jamie Grant recently joined the side, making his debut at the beginning of the month.