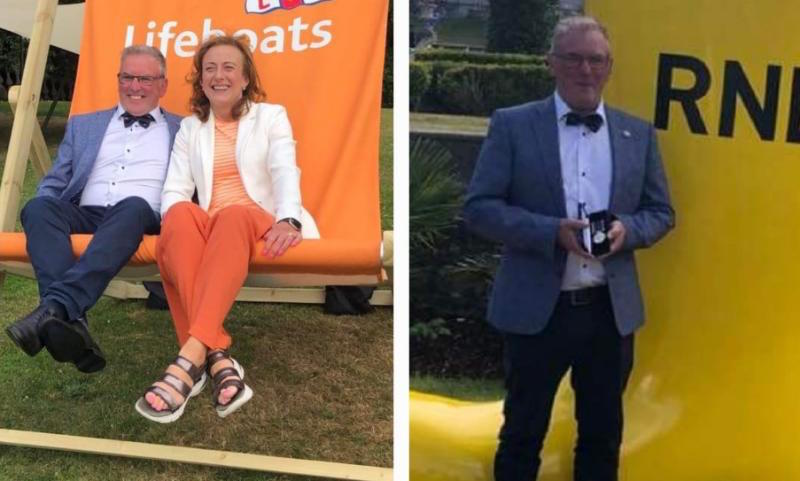 A Donegal man whose life was changed forever when he was rescued by the RNLI has celebrated 30 years of service to the service.

Seamus McDaid and friend Christian McGinley were rescued by the RNLI more than 30 years ago.

The pair clung to rocks before being rescued after their boat developed engine trouble.

So thankful was Seamus that he joined the Lough Swilly RNLI and dedicated most of his life to saving others.

Lough Swilly RNLI posted pictures of Seamus after he received a long service medal at the weekend.

“Over 30 years ago, a young Seamus McDaid and his friend, Christian McGinley were rescued clinging from rocks after their boat developed engine trouble,” said the spokesperson.

“Today, along with his wife Liz, Seamus was awarded the 30 year long service medal from the RNLI at Saint Helen’s Hotel, Dublin.

“30 years on the pager is some achievement! We at Lough Swilly are immensely proud of Seamus. Enjoy the celebrations folks!”

Hundreds of good will messages have flowed in on social media wishing Seamus all the best.