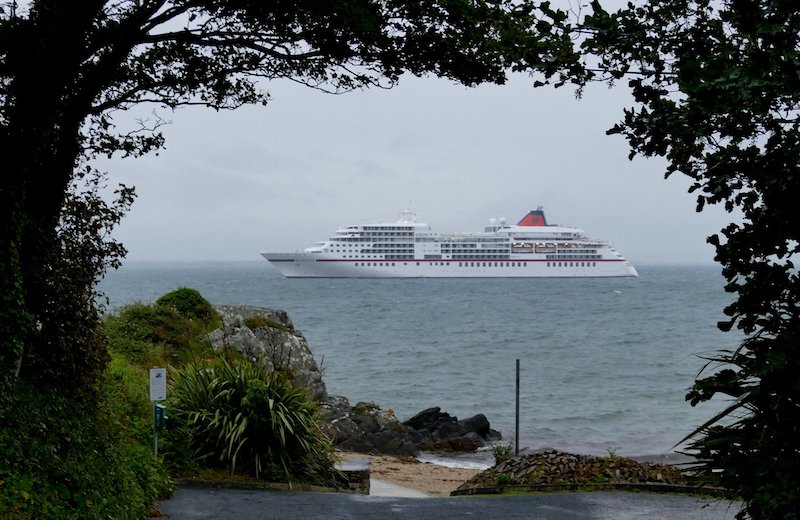 This spectacular image of the MS Europa Valetta cruise ship was captured by Enda Craig passing Moville this morning.

The 199 metre long ship, which was leaving Lough Foyle after docking in Derry, can carry up to 408 passengers in 204 suites as well as 245 crew members.

For twelve years in a row, the MS Europa was awarded the title ‘best cruise ship in the world’ by Ward-Ranking and Berlitz.

The cruise ship is owned and operated by the German company Hapag-Lloyd.