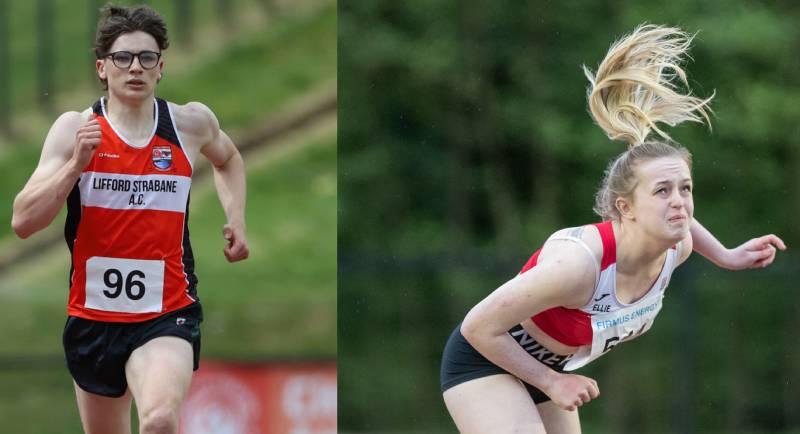 A host of Donegal athletes have been selected to represent the Irish Schools International Track & Field 2022 Team in Belfast on Saturday 16th July.

Lifford-Strabane AC’s Finn O’Neill and Ellie McCurdy have both been named as the boys and girls captains respectively for the upcoming events at Mary Peters Track, Belfast at the upcoming SIAB International against England, Scotland and Wales.

In the boys events, Limavady student O’Neill will represent his country in the 100m hurdles and in the 4x400m relay

O’Neill will be joined on the relay team by Fintan Dewhirst of St. Columba’s Comprehensive, Glenties.

Fresh off winning 3 golds at the Tailteann Games last week, the Tír Chonaill athlete was selected to represent the Irish team in the 400m hurdles along with the relay team.

Gallen, of Finn Valley, comfortably won the Hammer event last week, as the Lifford-Strabane woman threw out to 51.94m, 10 metres clear of her competition.