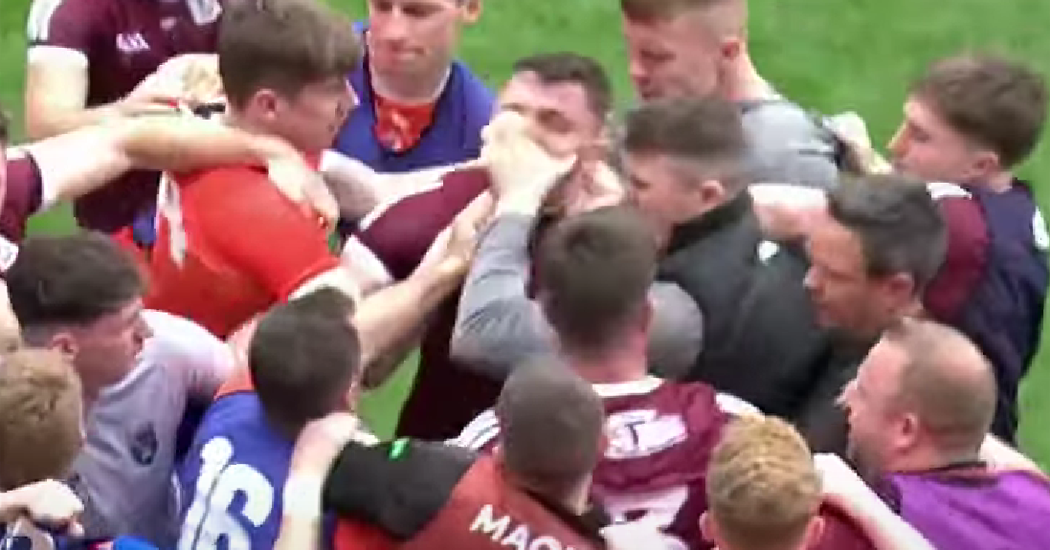 Armagh footballer Tiernan Kelly has been hit with a six-month ban after an alleged eye-gouging incident during the last week’s All-Ireland SFC quarter-final between Galway and Armagh.

The Irish Examiner reports that both county boards have been hit with €10,000 fines.

In a statement, Armagh GAA said:  “Following the investigation carried out by the CCCC, Armagh GAA can confirm the players and county board have accepted the proposed penalties. There will be no further comment.”

Although he was injured already, Kelly will miss the rest of 2022 with his club. He will eligible to play for Armagh next January.

It has also been reported that Galway captain Seán Kelly, as well as Aidan Nugent and Greg McCabe from Armagh have also been hit with one-game suspensions stemming from straight red cards during the contest.