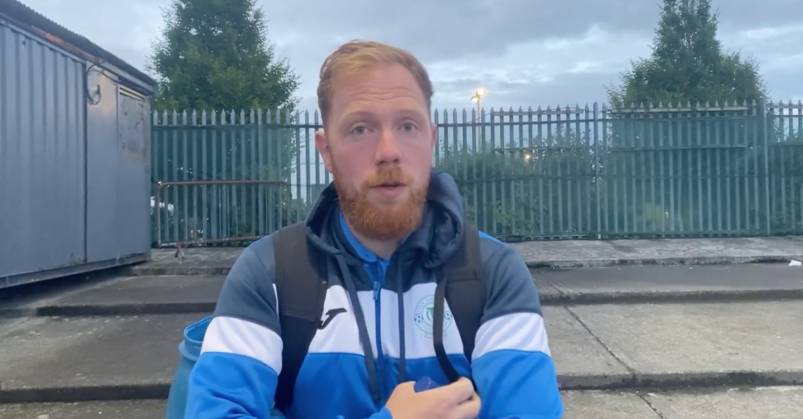 Ryan Connolly felt Finn Harps could have got a point out of tonight’s 1-0 loss to Shamrock Rovers.

Rory Gaffney’s shot from 30 yards in injury time of the first half was all that separated the two sides and Connolly felt the game plan was going perfect until the goal.

“It was a tough game, we had a game plan going in to sit in and try and frustrate them and I think it worked until the mistake in the first half that led to a goal.”

Ryan added: “We didn’t do a lot at the right side of the pitch but towards the end we could’ve nicked it and got a point but it wasn’t to be.”