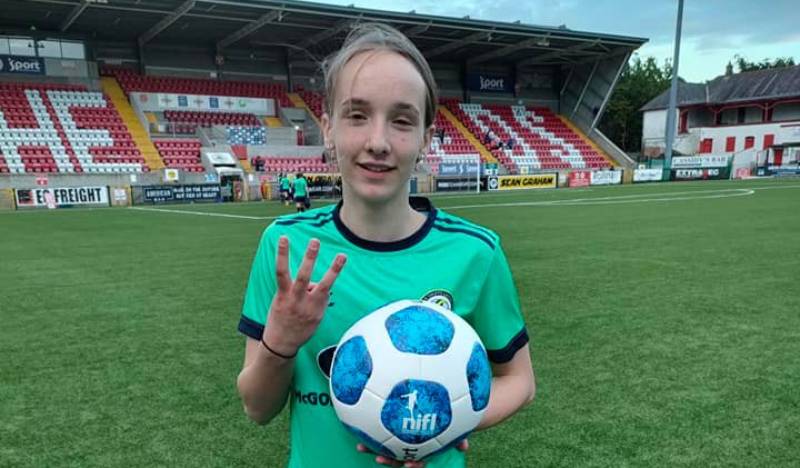 Cache Crumlish was the hat-trick hero for Sion Swifts under-19s as they defeated Derry City 4-0 in the U19 NIFL Academy League.

The Carndonagh woman got the match ball for a third time this year, after scoring five against Crusaders in a 9-3 win last week, and a treble against Cliftonville before.

Crumlish joined Sion Swifts in April and has been bagging a lot since making the move.

Amy McFarland scored the other goal in the 4-0 win away to Derry.