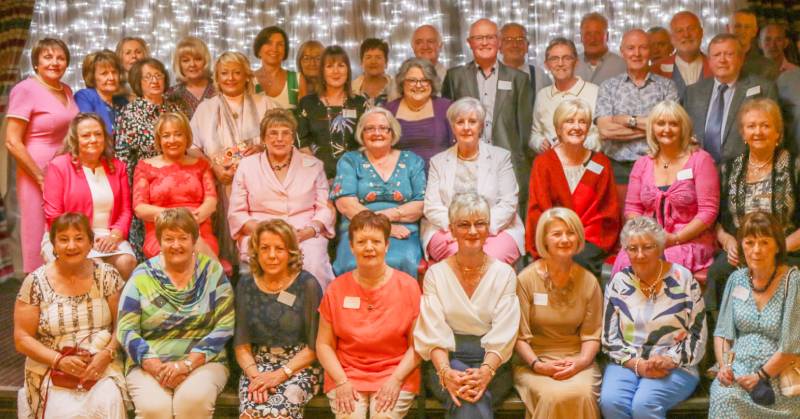 They began arriving, some a little anxious, nervous smiles, palms sweating,  afraid to start a conversation in case what was being remembered would disappear.

They were a tight knit group and they had come this far together, each ready to help the other, they would get through this too. 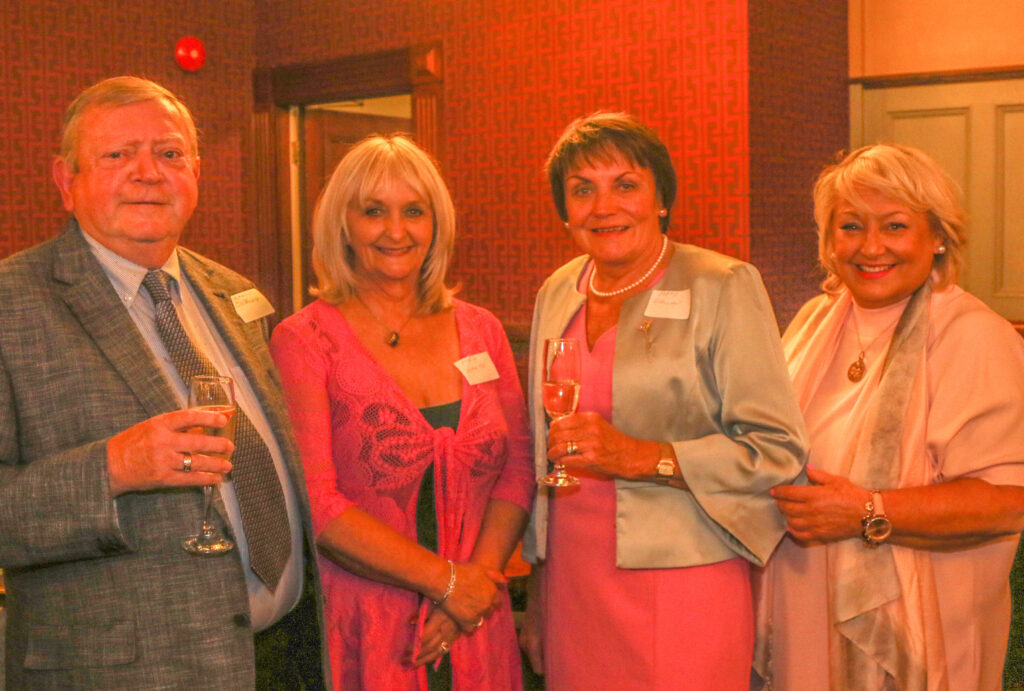 That was June 1972 as the class of ’72 began their final exams at Scoil Mhuire.  The previous week, to calm exam nerves they had gathered in the new gym for their final school ‘hop’, the top selling album that year ‘American Pie’ blasted out on the speakers, a stack of vinyl records next to the record player. Fast forward to June 2022 and many of that Leaving Cert class arrived at the Lake of Shadows to celebrate the 50th Reunion. 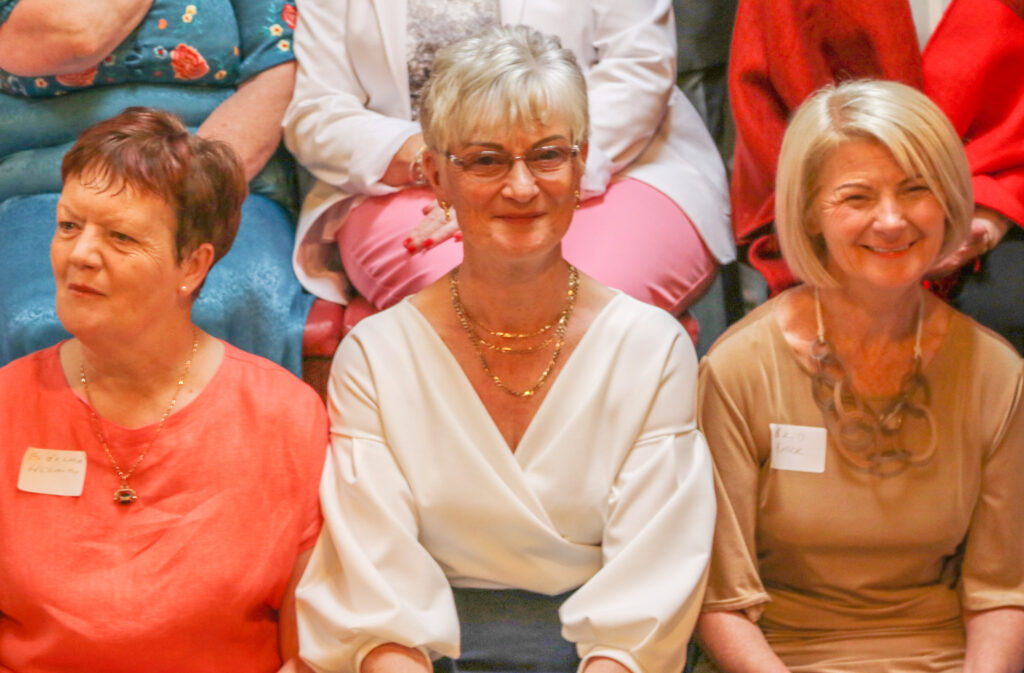 The venue, a stone’s throw from the gates of Scoil Mhuire, where they first met back in 1967.   That was the year free education was introduced in the Republic and for Scoil Mhuire that meant opening the gates to boys as well as girls. A new era hit the hitherto refined all girls convent school, the new co-ed class blazed a trail over the next 5 years. Perhaps that is the reason why this class had a strong bond of friendship. 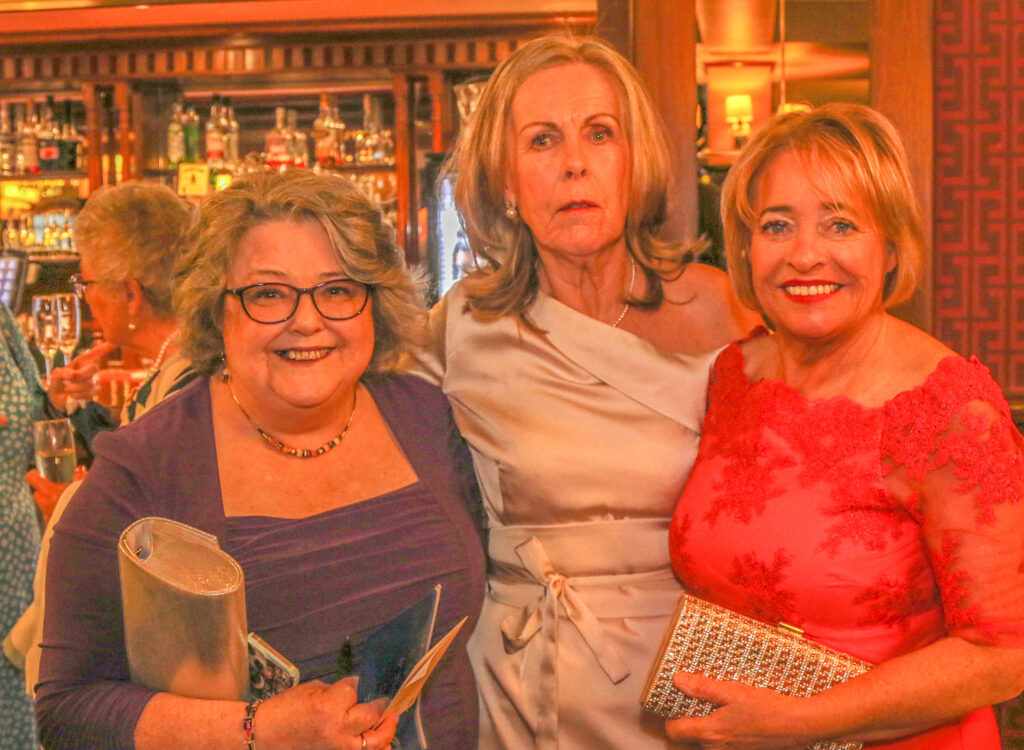 It’s a bond that included the new tranche  of young secondary school teachers who joined the staff back then to cope with the influx of free education students. They too gathered at the Lake to celebrate with their former students. This is Schoil Mhuire’s first 50th Reunion. 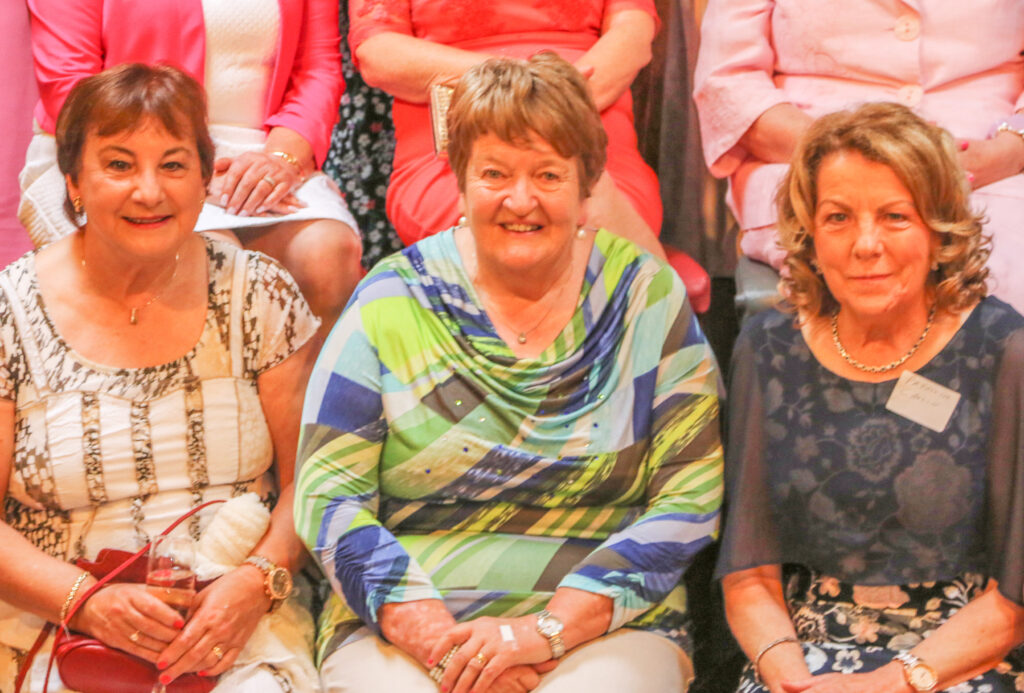 Siobhan McHugh Dunn,  Chairperson of the Reunion committee said it was a particularly special gathering this year.  “Since our last Reunion, five years ago,  we have lost two of our committee, Garry Cutliffe and Barry O’Loughlin who are greatly missed by all of us.  She read a greeting from the O’Loughlin family to everyone,  “friends are like stars, you don’t always see them but you know they are always there”. 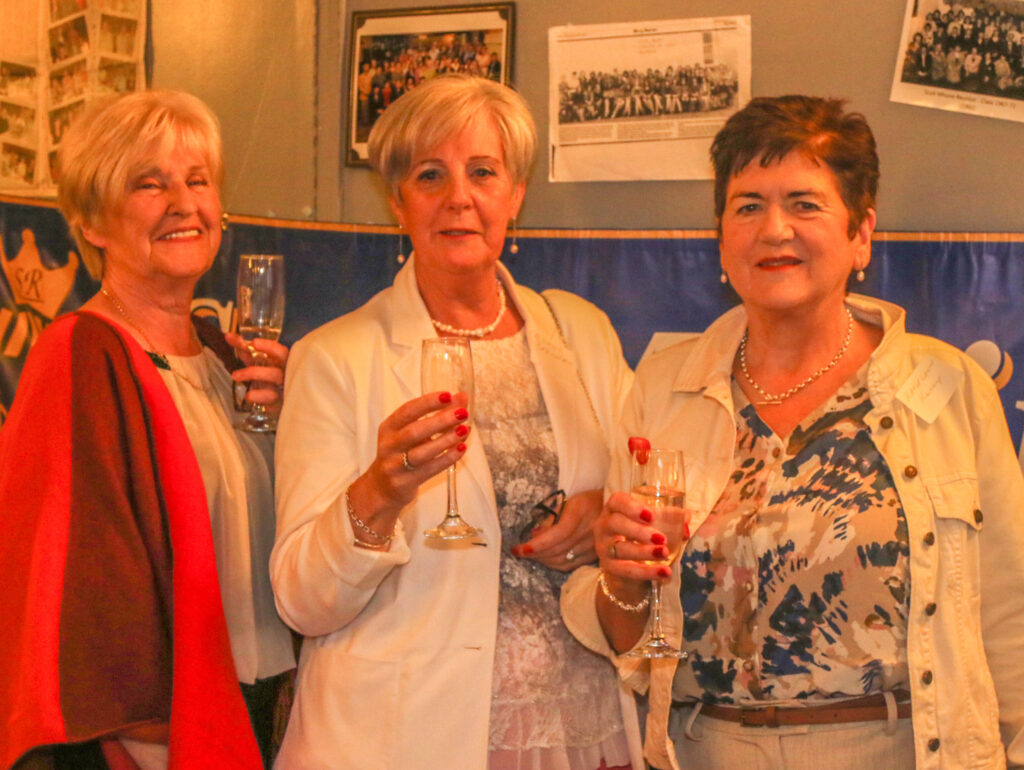 Siobhan added that it was so true that this was a class through which lifelong friendships had been forged. “It was great that so many were able to join in the celebration”. Siobhan she thanked those on the committee who helped reach out to that class.  They came from Chicago, London, Galway, Louth, Kildare, Dublin, and across Donegal. 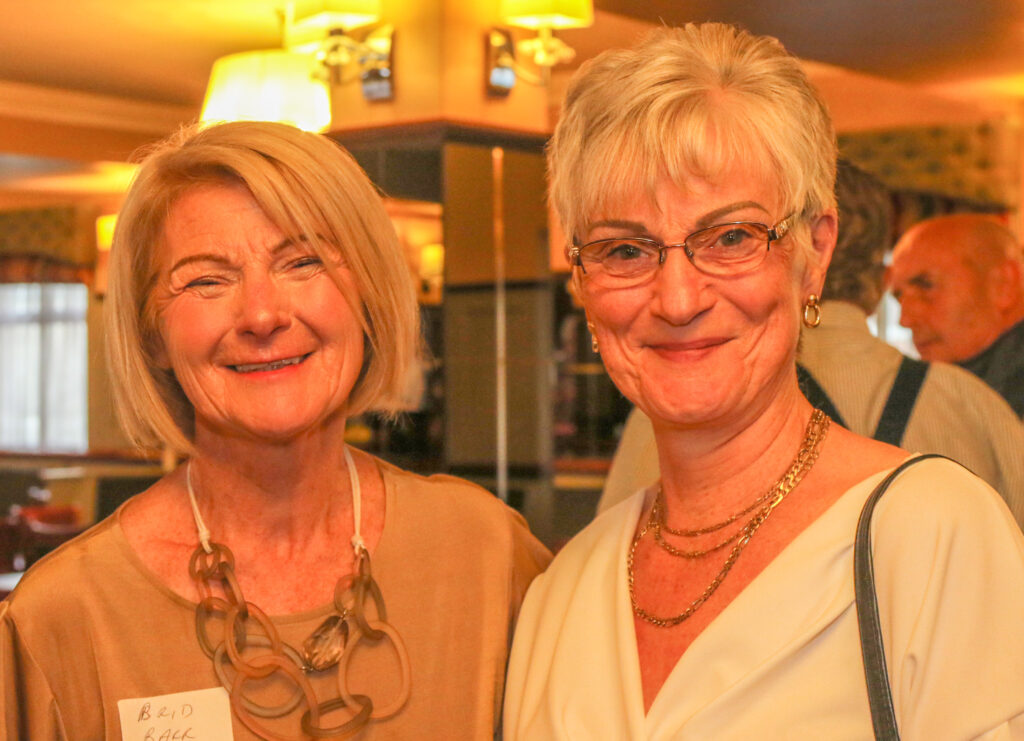 “I’m not sure we fully appreciated how lucky we were to get a secondary education but the nuns were never shy about reminding us of that back then”  said Mary Harte who was a boarder in Schoil Mhuire. “I did hate boarding but the great friendships we forged back then far outweighed the mundane existence of daily life under the convent roof. Of course we always thought the day girls and boys were having a whale of a time on the outside”. 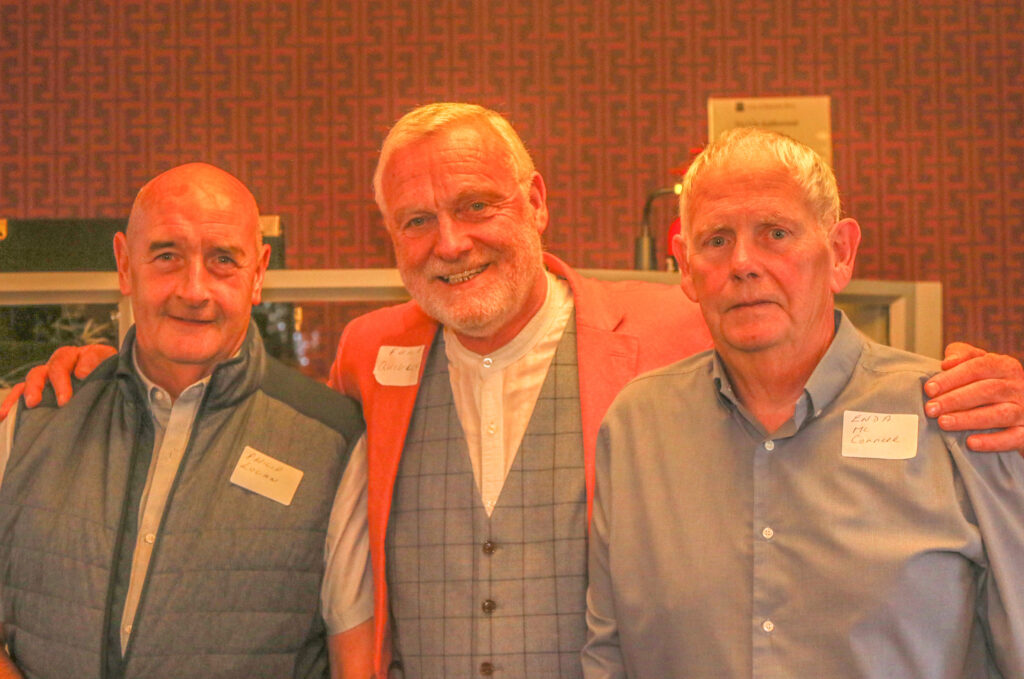 Mary Gallen Daly was also a boarder who went on to become  Principle of St. Dominic’s Secondary School in Ballyfermot, Dublin. “I often told my students that school days are the best days of our lives, making friends. This evening proves just that, after 50 years we renewed friendships that have stood the test of time and we reminisced over the years we spent together under the same roof, learning and having fun too. Remember ‘is fear cairde ná ór”. 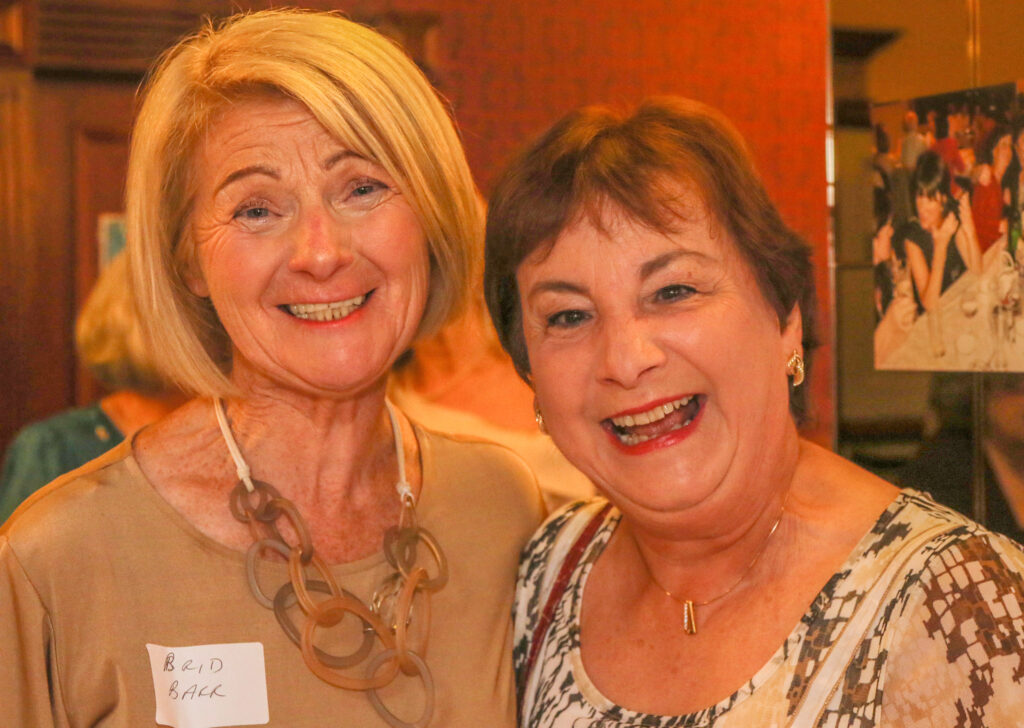 Terry Gallagher who lives in Chicago was delighted he could make this reunion. “ It coincided with a family holiday, it’s the first time I’ve been with the group in 50 years. It is great to meet up and catch up with everyone, all the years in between vanished once we began regaling each other with all the craic at Schoil Mhuire back in the day. There were serious times too, we were all determined to make the most of the opportunities that a good education would give us back then but we had fun too.” 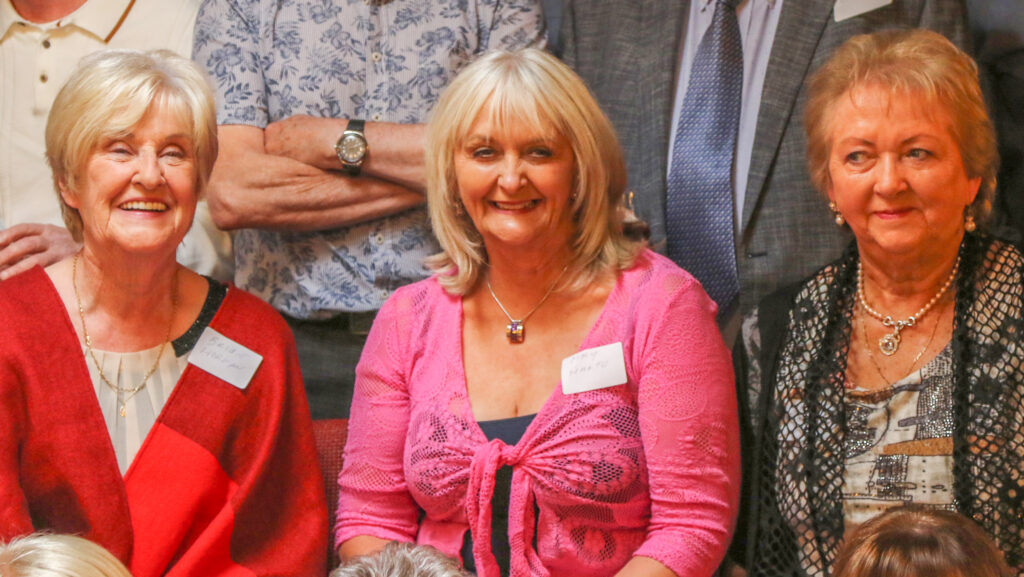 Patricia Tinney Doherty pointed to those seated at her table “everyone here is a friend, we might not see each other often enough but we have friendships that are important.  We all sat in the same class rooms for 5 years so we naturally had a strong connection with each other.  One of those at the table, Brid Barr, and Patricia have been close friends down the years. 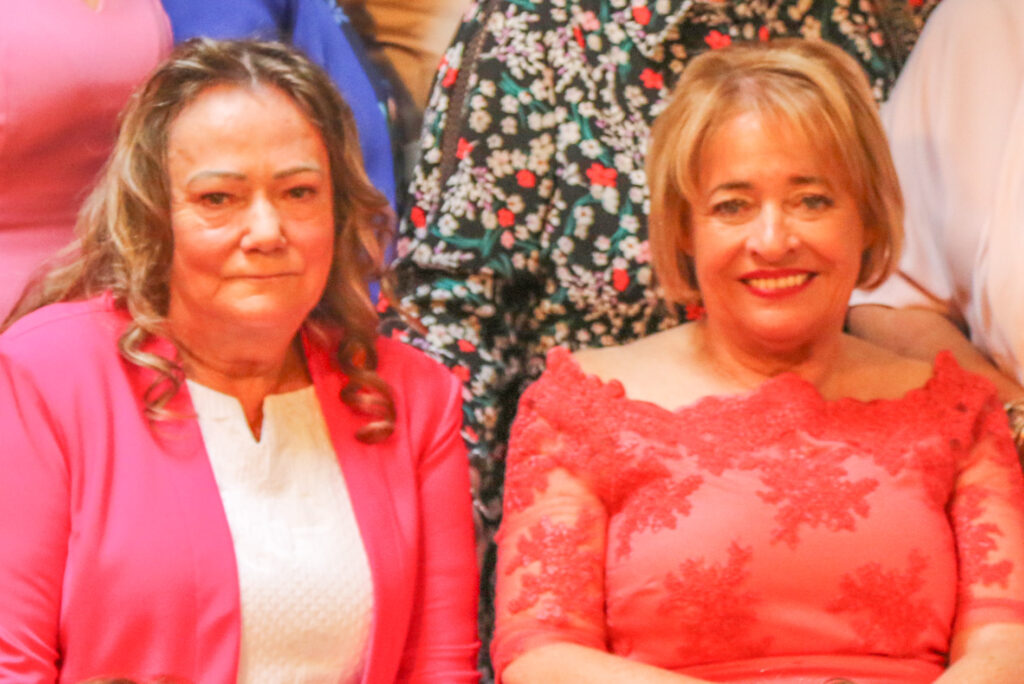 Brid added that she was thrilled to be there and dance the night away.”Terry Gallagher and myself were Head Girl and Head Boy back in ’72 and we haven’t met since then.  Angela Doherty said “this was ‘a very special and landmark gathering and probably the last ‘big one’ , for that reason it was important to celebrate the close knit group that we always were’. 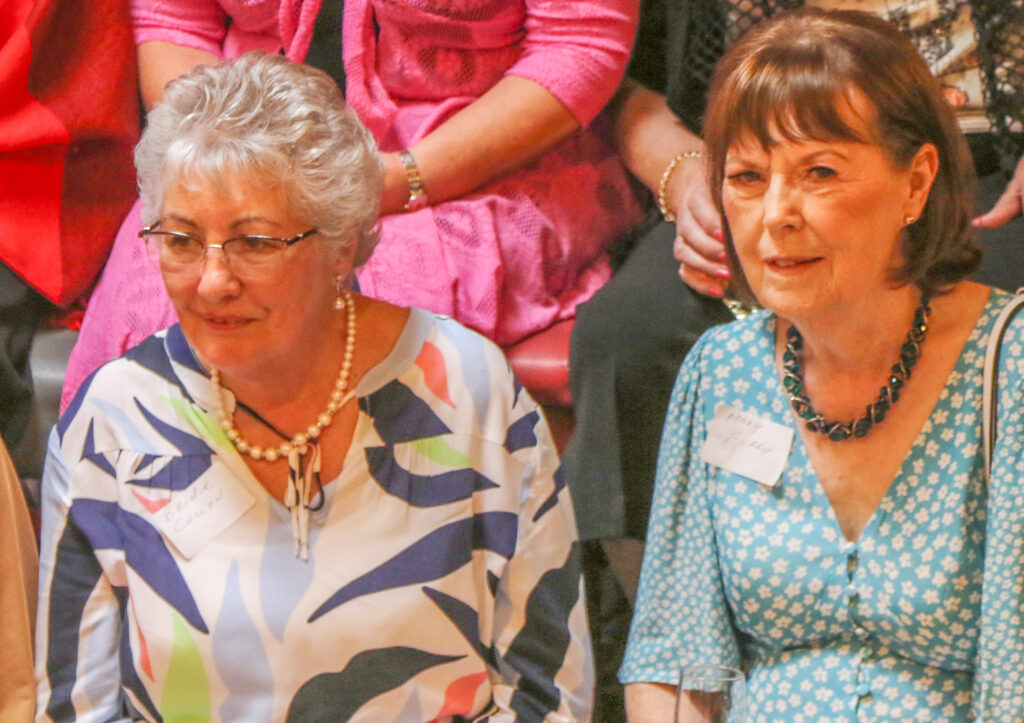 One of the young teachers back in the day, Bridie McClenaghan Cullen, recalls ‘the baptism of fire’  for the nuns when over 100 new students came through the gates back in 1967 compared to about 30 in previous years. “We new teachers were thrown in at the deep end too because this was a whole new learning curve for us, dealing with a co-ed school but you know we have always had a special fondness for this class and that is why those of us who could be here came along tonight’. 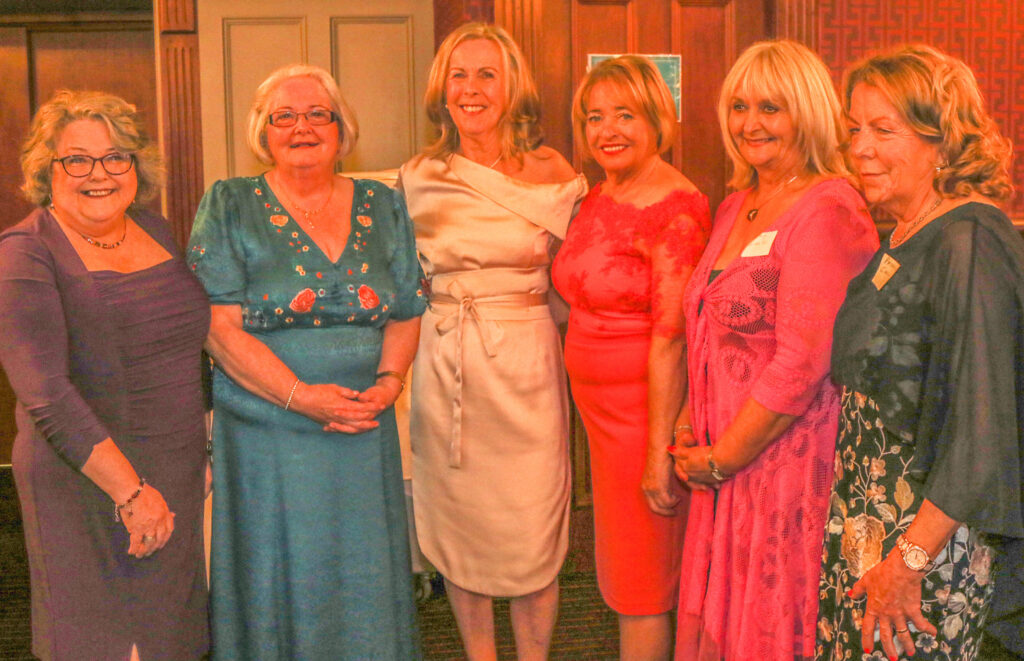 Seamus McLaughlin spoke on behalf of the teaching staff saying it was important to acknowledge how much of an impact this particular year group had on the future of the school. “You were a great bunch to teach even if some of you broke our hearts at times”. 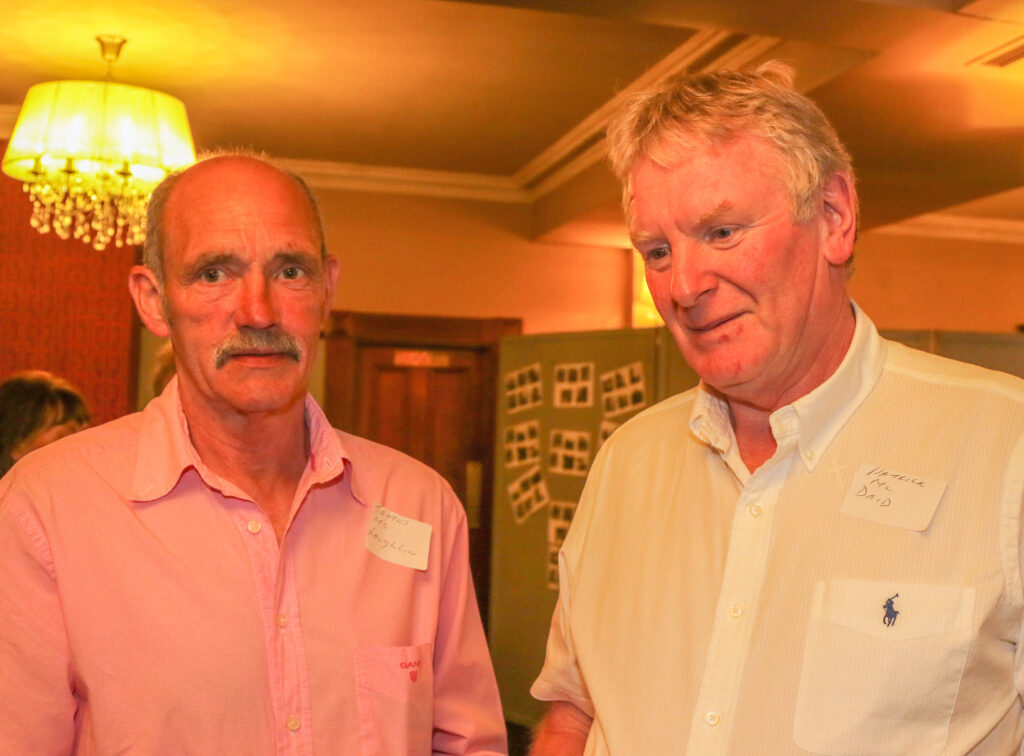 Unfortunately Sr. Margaret Tracey, the last surviving nun who taught at Schoil Mhuire, was unable to make it and sent her apologies.  There was a special thank you for the staff and Patricia at the Lake of Shadows. 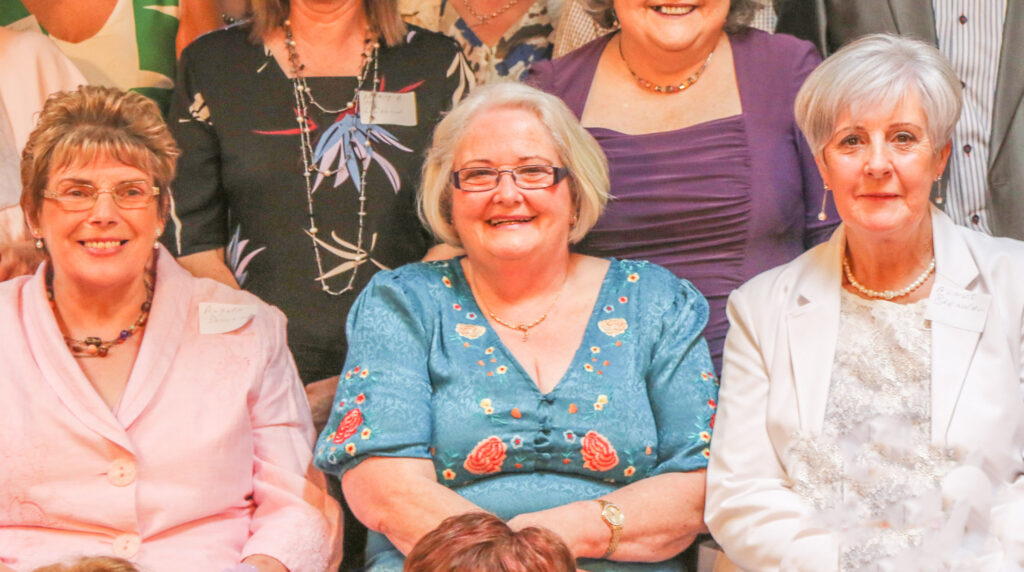 Much has changed in the world in 50 years since this group sat their Leaving Cert, chalk boards, books, pens, pencils and jotters have been replaced by laptops, mobile phones, the internet, google search and online learning and the vinyl records have gone and come back!.  Still if the Class of ’72 is anything to judge by it is the friendships as much as the learning tools that are important in education. 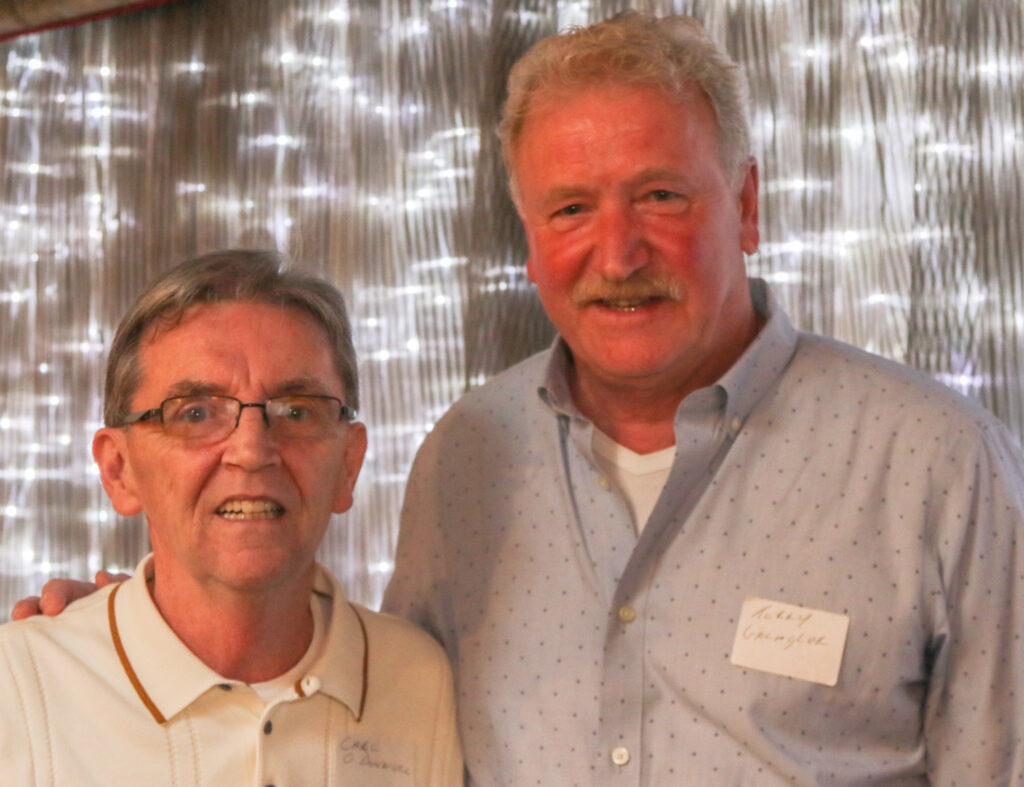