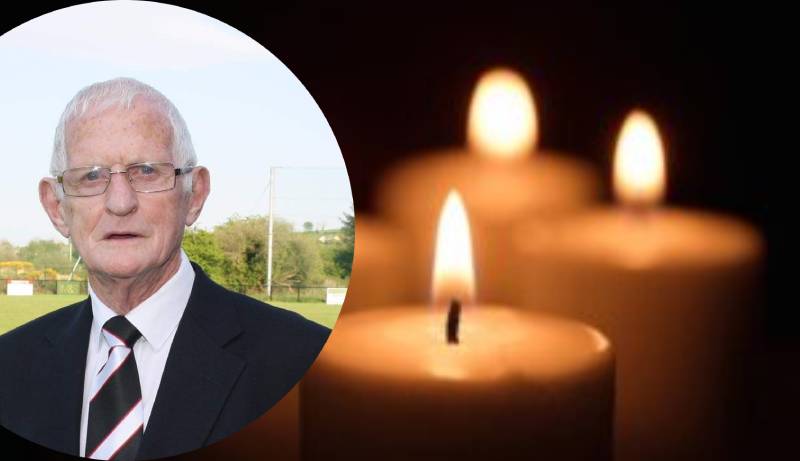 Letterkenny and much of the Donegal footballing community are mourning the sad passing of Letterkenny Rovers president Liam Blake.

Liam, 3 Ard Colmcille, Letterkenny,  was a former employee of Oatfield Sweets, and was passionate for football and everyone who knew this well known character knew of this fact.

A player in his younger days for Swilly Rovers, Letterkenny Crusaders and Letterkenny Rovers, in which he was a founding member of the club.

Liam was a brother of the late Eunan ‘Busty’ Blake and well known Letterkenny publican, the late Harry Blake. He was predeceased in December by his sister Rosie Oates, and is also survived by his sister, Mary Greene.

A spokesperson for Letterkenny Rovers said: “We are deeply saddened to learn of the passing of our Club President Liam Blake.

“An integral part of our history, Liam was one of life’s gentlemen who was cherished by everyone at the club.

“From his early days as a formidable player, to winning consecutive Donegal League titles as joint-manager alongside Dessie Kelly in 1981 and 1982, to his outstanding work as a groundsman at Leckview Park, Liam served the club with absolute distinction over so many years and in so many roles.

“He was a lovely man who we were proud to have as our Club President and who will never be forgotten.

“We wish to extend our deepest condolences to his wife Patsy and the Blake family.”

“L.C.H.G. extend their sincere condolences to the Blake family 3 Ard Colmcille Letterkenny on the passing of their Father Liam this evening.

“Liam was one of life’s true gentlemen and an inspiring figure within the footballing community in the town having played with the successful Swilly Rovers FC in the sixties and with LK Crusaders and his beloved LK Rovers.

“A former employee of Oatfield Sweets, Liam was a familiar sight walking to and from his work in the white work gear of the famous factory.

“Our thoughts and prayers are with Liams family and the wider Blake family circle at this very sad time..Ar dheis De go raibh a anam.”