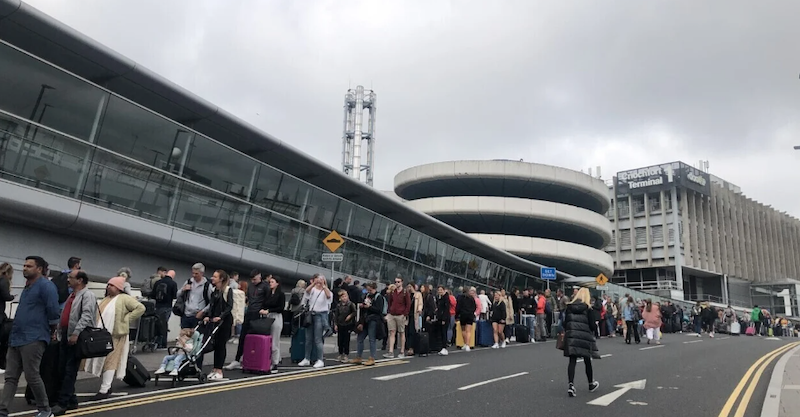 Soldiers from Finner Camp in Donegal have been deployed to assist with the security and staffing chaos at Dublin Airport.

The Irish Mirror reports that 28th Infantry Battalion based in south Donegal have embarked on a two day special training mission in Dublin, starting from today.

Their training will involve supporting security operations at the airport, which has been hit with staffing crises in recent months. If the Daa aviation security team is struck down by Covid-19 infections, the army will be prepared to take their posts.

The move is part of the government’s decision to have defence forces on stand-by for aviation security duties at the airport from early July.

Transport Minister Eamon Ryan requested the Defence Forces assistance after the DAA asked the Government to put in place contingency planning due to the risk of a COVID surge among staff. The request was described by Defence Minister Simon Coveney as “a distinct piece of work, provided in extreme circumstances, as a short-term emergency related contingency action”.

Minister Coveney said the work will last no more than six weeks. “This support will be stood down in August when the busy holiday period has passed.”

Personnel are also being sent from Dundalk in Co Louth Custume Barracks in Athlone, Co Westmeath, according to reports.