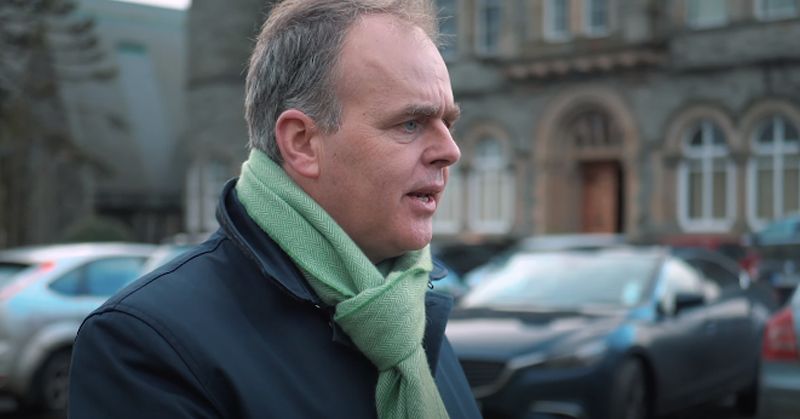 Donegal Deputy Joe McHugh has confirmed that he has resigned the Fine Gael party whip.

The Donegal TD voted against the government this evening on crucial votes on the Defective Blocks scheme.

McHugh’s unprecedented move leaves the government without a majority vote in the Dáil.

Despite the events of this evening, the Dáil passed the defective blocks bill containing the mica and pyrite remediation scheme by 74 votes to 69.

Deputy McHugh said his decision was prompted by the need for improvements to the Defective Blocks bill, while acknowledging the work that has gone into the proposed compensation package.

He said he has engaged extensively with the Government on the necessary amendments.

“I believe that insufficient time has gone into debating the Bill, which could have allowed these issues to be addressed to improve this legislation to meet the needs of the people affected by this devasting issue,” he said.

Deputy McHugh added: “I confirm that I am resigning the whip of Fine Gael and while I do so with a heavy heart I believe that it is the right decision.”

Deputy McHugh’s jump gave evidence to his promise to stand by Mica homeowners on their key demands for a fair scheme for all.

He told the Dáil during a two-hour debate this evening that the bill was “falling short for too many people, particularly for constituents in my own county”.

Addressing Housing Minister Darragh O’Brien, he said: “This is not over, it’s not over for the people and we have to figure out a way of trying to make it better for people.”

Issues such as the restriction on allowing homeowners to downsize was a “big issue” and “unfair”, he said.

Deputy McHugh, who is a former Minister for Education, will not run in the next General Election. He has previously stated that he would consider leaving Fine Gael if the government does not deliver 100% to homeowners in Mica-affected homes.